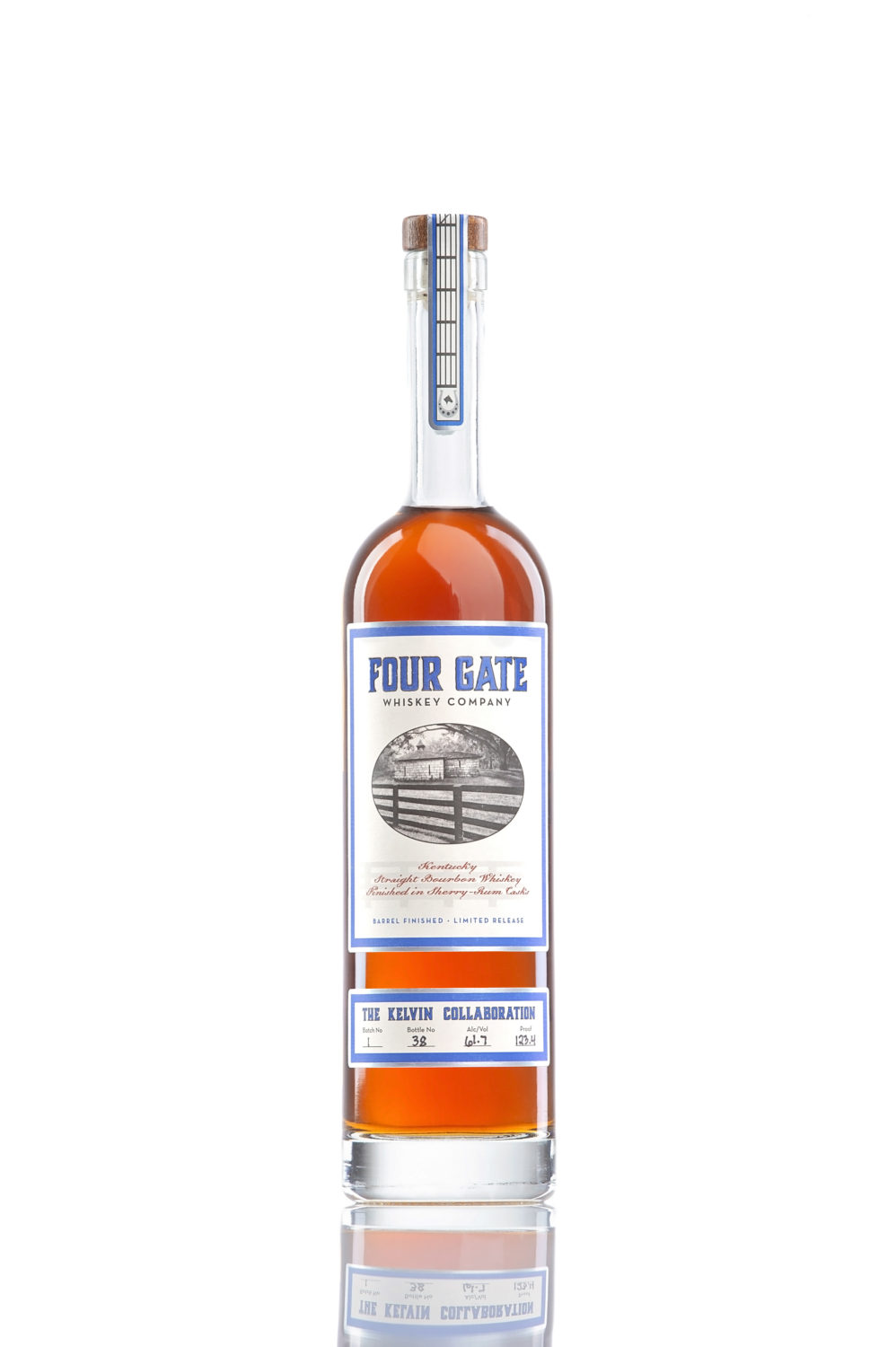 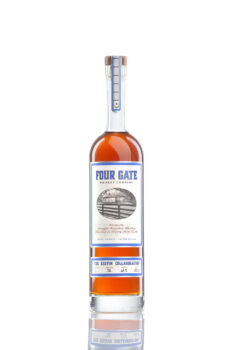 Created by two Louisville natives and whiskey enthusiasts, Bill Straub and Bob D’Antoni have collaborated with the barrel experts at Kelvin Cooperage to create an exciting and unique bourbon brand, setting themselves apart from the ever-growing small batch bourbon companies across the country. They also partnered with well-regarded whiskey writers and personalities in Louisville to help select the exclusive blend to be finished in the ex-sherry rum casks.

As the first ever release, the team chose 14 barrels of eleven-year-old Kentucky Straight Bourbon Whiskey, chosen because of the cinnamon and vanilla notes. The barrels yielded three distinct blends, so the team enlisted the aid of three local whiskey enthusiasts to help choose the final blend to dump into the secondary barrels. Brian Haara, author of Bourbon Justice: How Whiskey Law Shaped America, along with Owen Powell and Craig Rupprecht of Louisville Bourbon Hounds met with the Four Gate Whiskey Team and William Hornaday of Kelvin Cooperage.

After selecting the blend, Hornaday selected special casks from the Kelvin Cooperage warehouse to finish the whiskey. These casks were originally sherry barrels from Spain, and then were used to age a batch of rum in the Caribbean. The unique history of these barrels yields maple syrup and dark fruit notes that pair excellently with the spicy whiskey.

“I really want to push the envelope with this brand,” said Straub. “Collaborating with Kelvin Cooperage makes that happen. Every batch we release will be a unique combination of whiskey and finish barrels. We really want to explore everything Kelvin can do with this company.”

“Having Kelvin involved is huge for us,” said D’Antoni. “No one knows more about how a barrel ultimately impacts a spirit than the people who have been making those barrels for all kinds of spirits for half a century. Their access to existing barrels and their ability to craft totally unique casks is really something we want to display.”

Nose: The finish barrels are front and center with a huge waft of maple syrup. Behind that, there is a spicy cinnamon, some vanilla and caramel, with a sweet red fruit undertone.

Taste: Oloroso Sherry hits the front palate with a burst of sweet fortified wine and simple syrup. The mid palate gets traditional high-rye bourbon notes of vanilla, black pepper, and oak, while the rear palate gets a molasses and brown sugar sweetness from the rum finish.

Finish: Medium-to-long, there are prevalent barrel tannins and rye spices that linger on the tongue while a boozy rum finish coats the inside of the mouth.

Four Gate Whiskey Company’s first release will be distributed in Kentucky and Tennessee at a retail price of $199.00 per bottle. With a small batch product comes a limited release, and 1732 total bottles will be available at retail.

Four Gate Whiskey Company started in 2018 with the goal of releasing several unique batches of whiskey products each year. With it’s first product launch of 11-year-old bourbon whiskey finished in sherry-rum casks in April 2019, the team is excited to unveil the other small batch products with unique finishes to come later this year. Learn more at fourgatewhiskey.com, like us on Facebook.com and follow us on Twitter @four_gate. Press inquiries: Bill@FourGateWhiskey.com

Kelvin Cooperage, founded in Glasgow, Scotland in 1963 and now based in Louisville, KY, is a full-service family-owned cooperage supplying new and used barrels to wine, spirits, and beer producers around the world. For more information, visit Kelvincooperage.com.

Facebook Comments
Previous ArticleWant a chance to win some Pappy and support a great cause?
Next Article MB Roland Still and Barrel Proof Bourbon Review