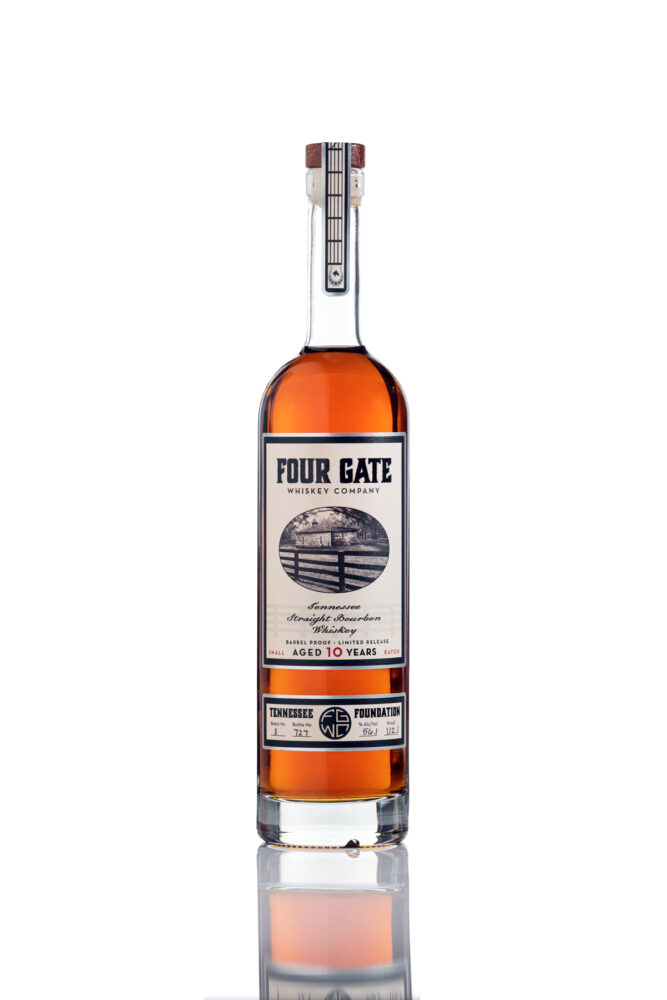 LOUISVILLE, KY, July 22, 2020 – In late 2019 and early 2020, Four Gate Whiskey Company released two unfinished Kentucky Straight Bourbon Whiskey batches, dubbed “Foundation.” Due to the extremely limited amount of whiskey available, only a handful of those bottles made it to our second major market in Tennessee – or outside of Kentucky at all. To make up for that, the company is releasing a micro-batch of Tennessee Straight Bourbon Whiskey available in ALL of Four Gate’s markets. The batch is called “Tennessee Foundation.” 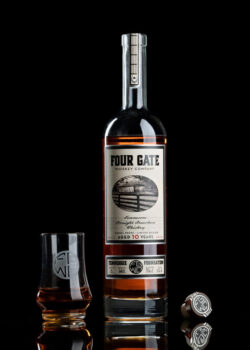 Owners Bill Straub and Bob D’Antoni selected five barrels of 10-year-old Tennessee Straight Bourbon with a mash bill of 84% corn, 8% rye, and 8% malted barley. It was bottled without chill filtering, as are all of Four Gate’s batches, and at barrel proof of 56.1% ABV (112.2 proof). 812 bottled were produced.

“We knew when we released batch 5 (Foundation) that there were so few bottles, our customers in Tennessee would likely miss out,” said D’Antoni. “Our distributor in Tennessee asked us if we could do something else for markets outside of Kentucky, so we answered the call.”

“I’m really pleased with the results,” said Straub. “I don’t think we could possibly present this whiskey any better than we have with this blend.”

There are 812 bottles of this release available in Kentucky, Tennessee, and online through Seelbachs.com at a MSRP of $149.99.