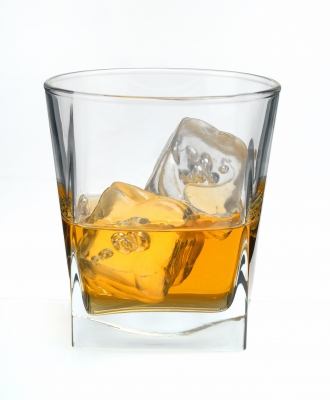 What are the necessities for a good home bourbon bar?

It’s no secret, we’re witnessing an explosive boom in the growth and popularity of American Whiskey, and that boom is being led by Kentucky Bourbon.  Bourbon sales increased almost 12% in 2012, and bourbon has become the hottest new “it” liquor worldwide.  It’s so popular that distillers are struggling to keep up with demand.

A worldwide boom has local implications for a lot of us, particularly when stocking a home bar.  Many of the most popular high-end bourbons are difficult to find and rising in cost yearly.  But there are so many bourbons to choose from and it’s very difficult for the novice to know exactly what bourbons to stock at home, and which to avoid.

There are essentially three bourbon classes to think about, and they’re a function of the intended use of the bourbon as much as the cost and flavor.  You need to think about your everyday bourbon, your mixing bourbon, and your top-shelf “special occasion” bourbon.  Fill each of those roles with at least one bourbon, and you’re well on your way to building a great home bourbon collection.

First things first: Drink the bourbon you like, the way you like it.  But keep in mind that bourbon is meant to be sipped and enjoyed, not gulped from shot glasses.  It is the refined cousin of the low-end whiskey in the plastic bottle.  Think of it more as wine than corn mash.  But we here at Modern Thirst are bourbon snobs.  I grew up in bourbon country, so my opinions are biased thusly.  If you find our recommendations skew more snobbish than your own tastes, take that into account.

When you hear the term “everyday bourbon,” it is possible the images conjured up are not flattering.  But I’m not suggesting or encouraging the everyday drinking of copious amounts of bourbon.  I’m talking about the standard bourbon you would have on any normal day without causing heart palpitations at the thought of the cost of the liquor you’re throwing back.   This should be a whiskey you regularly drink, rather than saving for special occasions, and one that you do not mind restocking regularly.  It’s your “go-to” bourbon.  Depending on your financial situation, that bourbon could literally be anything.  Those fortunate enough to have the resources may run through $60 bottles of top-shelf bourbon like water, while us working class folks probably steer more towards something a little more reasonable.  The first criteria, therefore, is that you like it.  The second is that you don’t mind paying for it…regularly.

Your “mixing bourbon” could very well be your everyday bourbon depending on the cost and your preferences.  And no matter how snobbish you become, you should always recognize that not everyone will sip a bourbon on the rocks, and not everyone can handle it straight up.  There will be guests who want to try bourbon mixed with something else.  You should also recognize that the more you mix a bourbon with other flavors, the less subtlety and actual bourbon flavor comes through in the final product.  A top-shelf bourbon and soda isn’t going to have a wildly different flavor than a lower-end bourbon and soda.  For these people, you may not want them taking your everyday bourbon and mixing it with a liter of soda.  Keep something on hand for them.  It may be low-end plastic bottle whiskey or it may be something much more expensive.  But it needs to be something that won’t make you cringe when your distant cousin sits down with in front of your Television during the holidays and mixes with diet soda in a 32 ounce tumbler and summarily drinks until he’s unintelligible.  You know that cousin.  Every family has at least one.  If you don’t know that cousin…you’re probably him.  Ask your family.  They’ll tell you.

Lastly, and most importantly for a serious home bourbon bar is your top-shelf, special occasion bourbon.  You may only have one of these at any given time.  You may be just a little bit obsessed, like me, and have 15 different ones.  That all depends on your level of interest, your income, and your liver.  But a good bourbon bar has something top-shelf; something you display on a back-lit shelf above your bar, or only bring out of the liquor cabinet when you’re trying to impress someone, or when you just got that promotion you’ve been wanting…or maybe when you DIDN’T get that promotion you’ve been wanting because you spend too much time reading this blog and you need a little pick-me-up.    This should be something you only buy occasionally.  It should be rare, or a bit more than you would normally spend on a bourbon…something you wouldn’t drink without a reason.

So there, in general terms, are the categories of bourbons you should keep handy.  But there’s more to a bourbon bar than that.  What about barware?  Mixers?

You need to have some decent barware around to properly enjoy bourbon.  It doesn’t need to be wildly expensive, just appropriate.  The first, and most important, is the glassware.  You need some sort of rocks glass.  The most common will usually be called an Old Fashioned glass.  They’re usually short and wide mouthed, around 9 ounces in capacity, making them perfect for drinking on the rocks or even mixed.  They’re big enough to add a large ice sphere or oversized ice cube, but not so large that you can hardly see the bourbon in the bottom.  I prefer a heavy, solid glass.  It should feel substantial, rather than frail.

Alternatively, the standard whiskey glass will be slightly smaller, less heavy, and usually come in around 6-7 ounces capacity.

Lately, specific bourbon and whiskey glasses have become more popular.  These were originally designed for Scotch Whisky, and are usually called Glencairn Snifters, but have made their way to the U.S. and many bourbon-o-philes have taken to them.  They are generally similar to a less bulbous brandy snifter, with a larger based that narrows towards the neck, and then flares slightly at the mouth.  For serious bourbon “tasters,” they work well to trap the aromas and allow you to get your nose in there and really breathe in the aroma.  The one downside is size.  They really don’t handle anything other than bourbon neat or with a splash of water.

One of the more popular bourbon cocktails is the Manhattan, which should be served in a standard martini glass.  And larger glassware should be kept on hand for other mixes.  High Ball glasses are classy tend to work quite well.

Speaking of Manhattans and cocktails, it’s not a bad idea to keep some mixers on hand.  The ability to make these standard cocktails at home can be quite impressive in the right company.  The Manhattan contains sweet vermouth and Angostura bitters.  Other common mixers are soda, Ginger ale, simple syrup, and tonic water.  If you want to emulate what folks in bourbon country do, next holiday season, use bourbon with your egg nog instead of rum.  It’s life changing.

You’ll also want some garnish.  Keep an orange and lemon handy, as they make excellent garnish even for a neat glass of bourbon.  And most definitely keep a jar maraschino cherries.

Ice is vitally important.  There are a number of ways to go with this.  Whiskey stones will keep your bourbon cool without melting.  Ice Spheres and oversize cubs will keep it cool and melt slower than regular ice, and plain old ice cubes or crushed ice from the freezer work just as well.

Lastly, you’ll need water.  Some of the most snobby bourbon drinkers will tell you that higher proof bourbons sometimes drink better with a slash of water.  Hence, many of us use ice, which eventually becomes water (for those who failed 2nd grade basic science).  Don’t use water straight from the tap.  It generally contains minerals and impurities that can color the flavor of the bourbon.  Use natural spring water, filtered water, distilled water, or something similar.  Keep a couple bottle of water near you bar, and you’re all set.

There you have it!  That’s a good start for a fine home bourbon bar.  Obviously, the more variety you have on hand, the more impressive your bar can be.  And we here at Modern Thirst are not into the faceless, brand-less, boring type of blogs that read like an airplane magazine article, so I’ll share the bourbons I actually keep on hand at the moment.  Know also that I’m a bourbon drinker, not really a collector.  I buy bourbon intending to drink it, not as an investment, and usually not to save for some time in the distant future.

My mixing bourbon is Makers Mark.  Yes, I know it’s marketed as a top-shelf premium, and I’m fine with that.  It’s relatively inexpensive for a premium, at around $20-22 per 750Ml.  It’s also wheated, which lends a slightly milder, sweeter flavor than those heavier with corn and rye, and it’s easily replaceable at nearly any liquor store in the country.  I don’t personally prefer Makers Mark, as it’s a 90 proof bourbon that lacks some complexities, but it’s not a bad choice.  Lately, I’ve been keeping some Buffalo Trace on hand as well.  It’s a fine bourbon mixed or straight up, and it’s not expensive.

My everyday bourbon is usually Knob Creek.  Now, there are a lot of ways you can go with this.  There seems to be a bit of a rivalry between the Woodford Reserve crowd and the Knob Creek crowd…it seems most only like one them, and not the other.  I’m a Knob Creek guy.  It’s easily obtainable and usually under $35 for 750Ml, which means it’s not so inexpensive that it’s a forgettable drink, but also not so expensive that you feel guilty drinking it, or get angry if a guest grabs the bottle when you’re not looking and mixes a knob creek and soda.  It’s also 100 proof, which I prefer to most lower-proof offerings.  I usually keep some Eagle Rare for the same purpose as well.

I have a pretty wide collection of top shelf bourbons.  Yes, I have a bottle or two of Pappy. I’ve really enjoyed Noah’s Mill lately, as well as Willett Pot Still Reserve.  I usually have a nice selection of Booker’s, Baker’s, Basil Hayden, Rowan’s Creek, George T. Stagg, Four Roses Single Barrel, and more as well.  I currently have some Col. E.H. Taylor small batch that is very interesting, some Michter’s Small Batch, and a few limited release special editions I’ve picked up of late.

Basically, the actual brands I keep in the bar tend to change based on what’s new and interesting at the time.  But I’m always careful to keep a selection of mixing bourbon, everyday bourbon, and top-shelf bourbon on hand.  Do that, and you’ll be in great shape.

So what’s in your home bourbon bar?   Feel free to leave your replies in the comments!