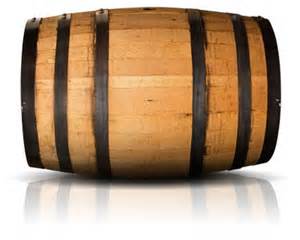 It wasn’t long ago that the first single barrel cask-strength (aka “Barrel Strength”) bourbon was released to the general Public. 25 years, to be exact. Jim Beam Brands released Bookers and the craze began. Beam Brands recently released their 25th Anniversary edition of Bookers to much fanfare, which only highlights the recent uptick in popularity of the single-barrel barrel-strength bourbon. But that doesn’t really explain why they’re are so much en vogue. It’s not particularly complicated; you just have to understand the nature of bourbon to find out why.

With a small batch bourbon, distillers mix bourbon from more than one barrel together, creating a “blend” of flavors in a batch. It allows them to create a consistent flavor profile across lots of bottles. So when you buy a small batch bourbon, the bourbon in that bottle is a mixture of bourbon from many barrels. However, a single-barrel bourbon means that all the bourbon in your bottle comes from the same barrel. Hence “single-barrel.”

Because bourbon is aged in these charred oak barrels, 100% of the color, and a great deal of the flavors and aroma from a bourbon are derived from the bourbon’s interaction with the charred wood itself, and since bourbons are aged anywhere from 2 years to 30 years in those barrels, there can be a long time to absorb those flavors. Those barrels sit in massive warehouses several stories high in large ricks. The warehouses are spread all across Kentucky (and some in other states as well), which means they see a wide variance in weather from warehouse to warehouse. Naturally, these warehouses have large variances in temperature even within the warehouses themselves. It can be very hot and humid in Kentucky during the summer. A barrel stored on the ground floor in the center of a warehouse will experience much lower temperatures than one near the top. Heat rises, and huge wooden warehouses trap a lot of heat. All of those temperature changes affect the chemical processes that are, essentially, aging.

So each barrel of bourbon, theoretically, can have slight differences in flavor based on when it was barreled, which warehouse the barrels were stored in, and where in the warehouse those barrels were aged. And that’s actually noticeable in single barrel offerings. Each bottling of a single-barrel bourbon can be ever so slightly different from the one before it.

That explains why single barrel bourbons are popular, but why barrel strength?

The cask-strength bourbon is basically unfiltered and uncut, meaning they don’t filter the bourbon and don’t add water to it to bring down the proof. So the barrel strength bourbon is exactly what’s in the barrel. The flavors are all there, undiluted. It’s a more concentrated, in-your-face flavor profile.

And let’s look at it logically: You can add water to bring down the proof of a barrel-strength bourbon if it’s too strong. You can’t really add alcohol or bourbon flavor to a diluted lower-proof whiskey. So the single-barrel barrel-strength bourbon allows those who are seeking nuances in flavor and strength the ability to taste differences between various bottlings, and have more leeway in how much the bourbon should be diluted before drinking.

Some of the best bourbon in the world is produced in batches. Pappy, the standard Knob Creek, Four Roses, Wild Turkey- everyone makes high end small batch bourbon. Basil Hayden is an excellent bourbon at only 80 proof. So in the end, it’s all down to personal preference, just like preferences between rye and wheat mash bills. With limited release bourbons so difficult to find, Single-barrel, barrel-strength bourbons are an exciting and affordable option to find rich and varied flavor profiles.