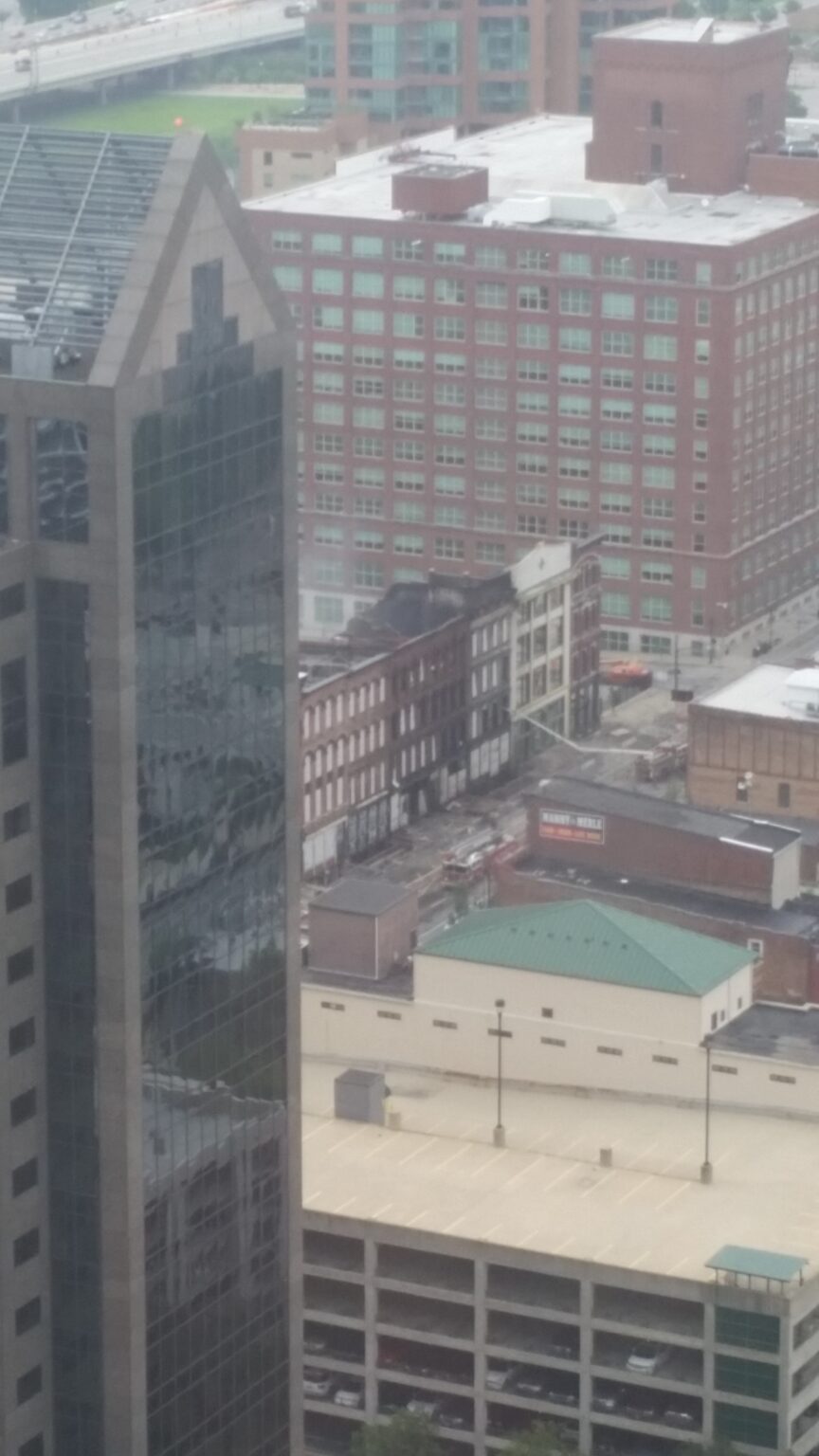 You may have heard from various sources on the air or net, but a fire ravaged historic Whiskey Row in Louisville yesterday afternoon.  Three buildings slated for re-development into retail, restaurants, and lofts burned, forcing firefighters to demolish large sections of all three buildings.

No one was injured in the blaze, thank goodness, and the Old Forester properties which are right next door to the buildings were spared from the blaze, which hopefully will cause only minimal delays in the plans to open a craft distillery on the site by 2016.

These structures were built around 1855-1860.  According to Author and Historian Michael Veach (@bourbonveach) in his book Kentucky Bourbon Whiskey: An American Heritage

, in the 19th century Whiskey Row stretched over 12 city blocks.  It was the home to sales offices of rectifiers and distillers from all over Kentucky.  These particular buildings even served as distribution warehouses for some rectifiers.

(Rectifier: an individual or company who purchased whiskey from a distiller, added flavoring agents, blended it, and re-sold it.  They were common in pre-prohibition America and prominent in Louisville, KY.) 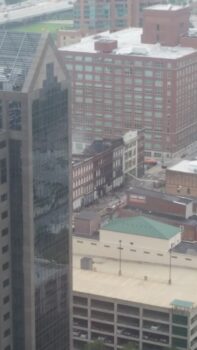 The buildings are classic Louisville iron-front architecture, and have been the source of quite a bit of attention in recent years in the City.  Architecturally, Iron-Front buildings are somewhat rare, particularly in the concentration they exist on Main Street in Louisville.  Louisville holds the largest concentration of cast-iron buildings in the nation outside of the Soho neighborhood in New York.  Iron, being heavier and thus more expensive than steel, tended to be used less often in America post-industrial revolution.  But before steel had been developed, cast-iron architecture was somewhat common.  Still, many of the structures built using Cast iron have been demolished, and efforts to preserve those which are remaining, particularly the unique facades of the buildings on Louisville’s Main Street and Whiskey Row, have been vigorous and contentious.

Efforts to revitalize and redevelop the area have been ongoing, with dialogue between preservationists and developers playing a major role in the delays.  The two easternmost buildings in the photo below are actually only facades, which are supported by steel frames behind them.  They are owned by a developer who eventually gave up on re-building the properties as the structures behind the facades were too unstable to salvage, so the facades were saved and the developer moved on to other projects.  They serve to illustrate the ongoing back-and-forth between forces of economy and modernization and the desire to preserve culturally and historically significant pieces of our past.

12:30 PM. Update: The facades of the buildings have been preserved for now, and there was no damage to the future site of Brown-Forman’s Old Forester distillery and experience were not damaged.

The Courier-Journal has a full report this morning here.

VIDEO: the Pepperheads attempt the #OneChipChallenge from Pacqui