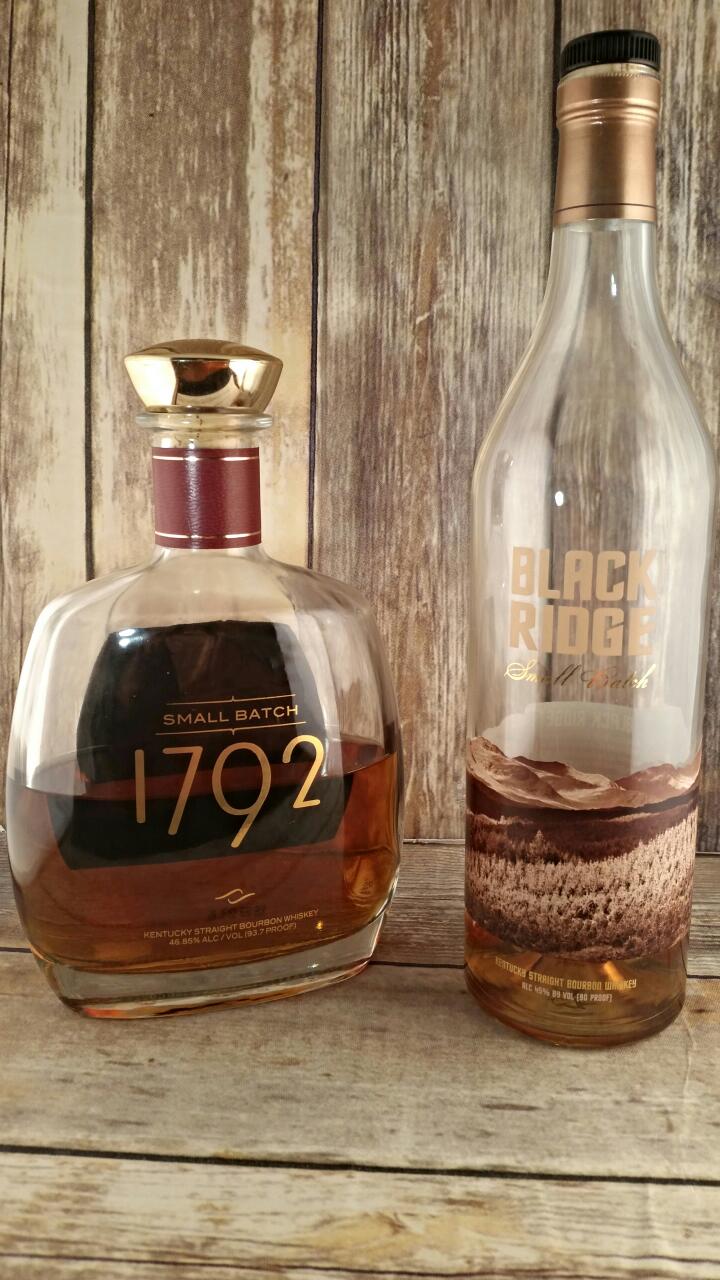 In January of 2014, shortly after ModernThirst.com launched, we found a bottle of Black Ridge Small Batch Bourbon at a local liquor store, bought it, and reviewed it.  Honestly, it was one of the last times I even thought about the label until recently, when it seems to have popped up on several online discussion sites.  Since it was one of our first posted reviews, however, it’s held a special place in my heart.

Both fell into the “Solid” category of scores.

Why are they related?  Simple.  They’re from the same distillery and estimated to be of similar age (5-6 for Black Ridge, 6-7 for 1792).  1792 is Barton’s flagship premium bourbon.  It’s a relatively high-rye recipe, as is standard at the distillery, with 18% of the Mash Bill being made up of rye as the secondary ingredient.  Black Ridge, however, is strangely difficult to find solid information on.  In fact, it was a while after my initial review that I even learned this was distilled at Barton.  It is distilled at Barton, but bottled by and produced by Clear Springs Distilling, a formerly Jim Beam and now Buffalo Trace owned bottling division.  Confusing?  Absolutely.  Especially when you consider that both Barton and Buffalo Trace are owned by Sazerac.  Even inquiring about Black Ridge to tour guides at Barton is met with a confused stare and an answer that amounts to “What is black Ridge?”

Anyway, we recently took it upon ourselves to do a blind comparison of the two.  After taking notes and revealing which one was which, this is what we found. 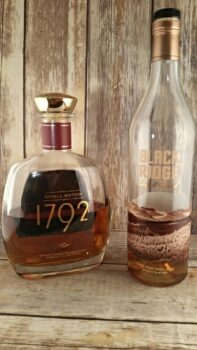 1792: Plenty of spice and citrus, with a pleasing vanilla and caramel oaky undertone.

1792: Initially sweet, but melting into caramel and vanilla with oak and currants on the back of the tongue.

Black Ridge:  Light vanilla on the tip of the tongue, moved towards caramel and butterscotch on the mid palate.  There’s a hint of ethanol on the back of the tongue with a tannic, bitter hint of barrel at the end.

1792:  Definitely the longer finish of the two, though not a long finish.  The rye tingles the tongue throughout, with heavier oak flavors becoming prominent at the end.

Black Ridge: Short, with a hint of rye that subsides into a slightly bitter oak finish.

I definitely preferred the 1792 in this tasting.  The extra year or so of aging is evident throughout the tasting, and leads to a smoother, more well-rounded profile.  However, Black Ridge is very similar at every step.  I mean very similar.  The variations between the two were miniscule aside from the very end of the finish and the slight nuttiness of the nose on Black Ridge.

In fact, they’re so similar that I question the point of bottling both of them.  There is nothing gained by having both product lines, which tells me there may be a different intent for Black Ridge- perhaps as a regional-only bottling, or even a sourced product that Sazerac was contracted to produce for a third party.  Or maybe Sazerac plans or planned to spin off Clear Springs into a larger brand.  I can’t say.  Either way, 1792 is slightly cheaper right now in local stores, and the better sip…barely.