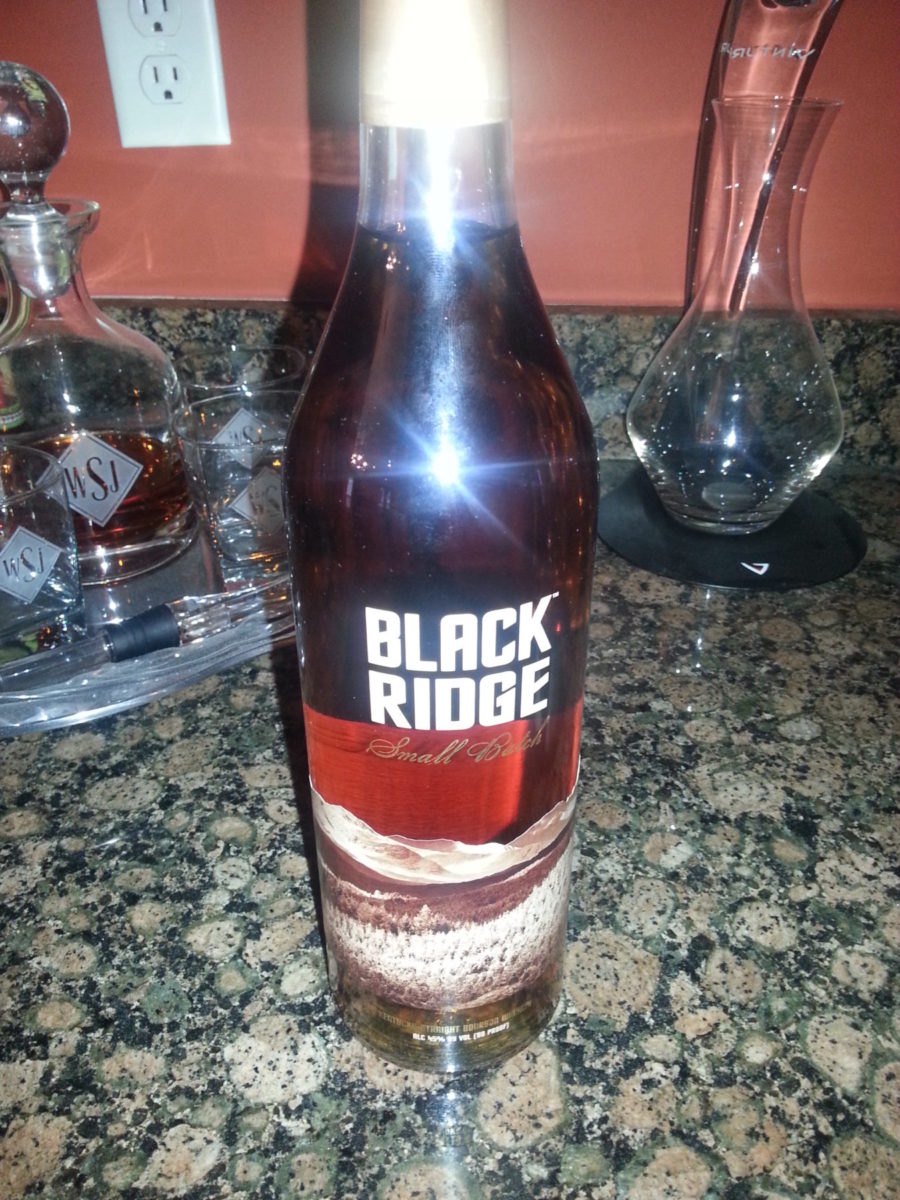 I wouldn't particularly call this an outstanding bourbon, nor would I call it a bad one. It's just...solid.

So I was perusing the bourbon section of my local liquor 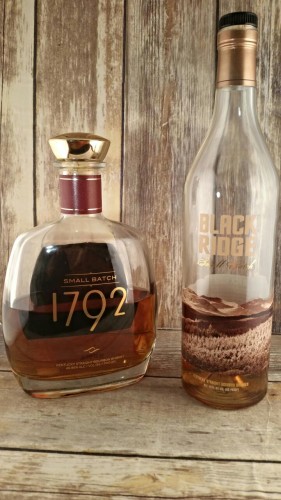 store and lo and behold, I find a new bourbon staring at me from the middle shelf.

Black Ridge is a small batch bourbon bottled by Clear Springs in Louisville, KY.  After some internet searching, the story behind this is only somewhat clear.  Clear Springs was originally a Jim Beam operation, but was recently sold to Buffalo Trace.  Some further research revealed that it was produced by the Sazerac family at their Very Old Barton 1792 distillery in Bardstown, KY.  Sazerac is the parent company of Buffalo trace, so that explains the Clear Springs connection.

The bottle is attractive, with a gold screen printing over a clear bottle, with gold foil.  I do have to question the graphics, however.  The back label talks about the history of Black Ridge in central Kentucky, but the graphic depicts what I can only describe as a mountain range straight out of the Rockies.  It’s an odd graphic for a bottle of Kentucky bourbon that uses images, stories, and even a name associated with Central Kentucky.  Last time I looked out the window, there aren’t any rocky peaks in Central Kentucky.  But that’s not really germane to the whiskey.  It’s just a strange geographic oddity.

But the bourbon itself is 90 proof, aged 5-6 years in the barrel.  It is expected to remain somewhat limited in production, though the cost currently doesn’t reflect that, as I was able to buy this for $27.

The aromas were initially sweet and light, but they followed up with some citrus notes.  The Oak isn’t pronounced in the tasting, but there were some hints of cinnamon and even walnut on the finish.  It drank very smoothly for a 90 proof bourbon, reminding me a bit of Basil Hayden in that regard.  My second pour was over an ice sphere, and unfortunately, I don’t think the bourbon held up well to the addition of water.  Maybe they piped in mountain water from the Rockies to make this, and it just doesn’t mix well with ‘normal’ water.  That would at least explain the label.  Either way, It’s just not potent enough.

Drank neat, this is a good purchase at $30, and one I recommend, particularly if the production actually will remain limited and the product becomes more scarce in the future, even if the bottlers are a little geographically challenged.  Some of us who prefer stouter bourbons may shy away from this, but that wouldn’t be doing this whiskey any justice, as it drinks fine straight-up.  I wouldn’t particularly call this an outstanding bourbon, nor would I call it a bad one.  It’s just…solid.

Modernthirst.com score: 85 out of 100 points