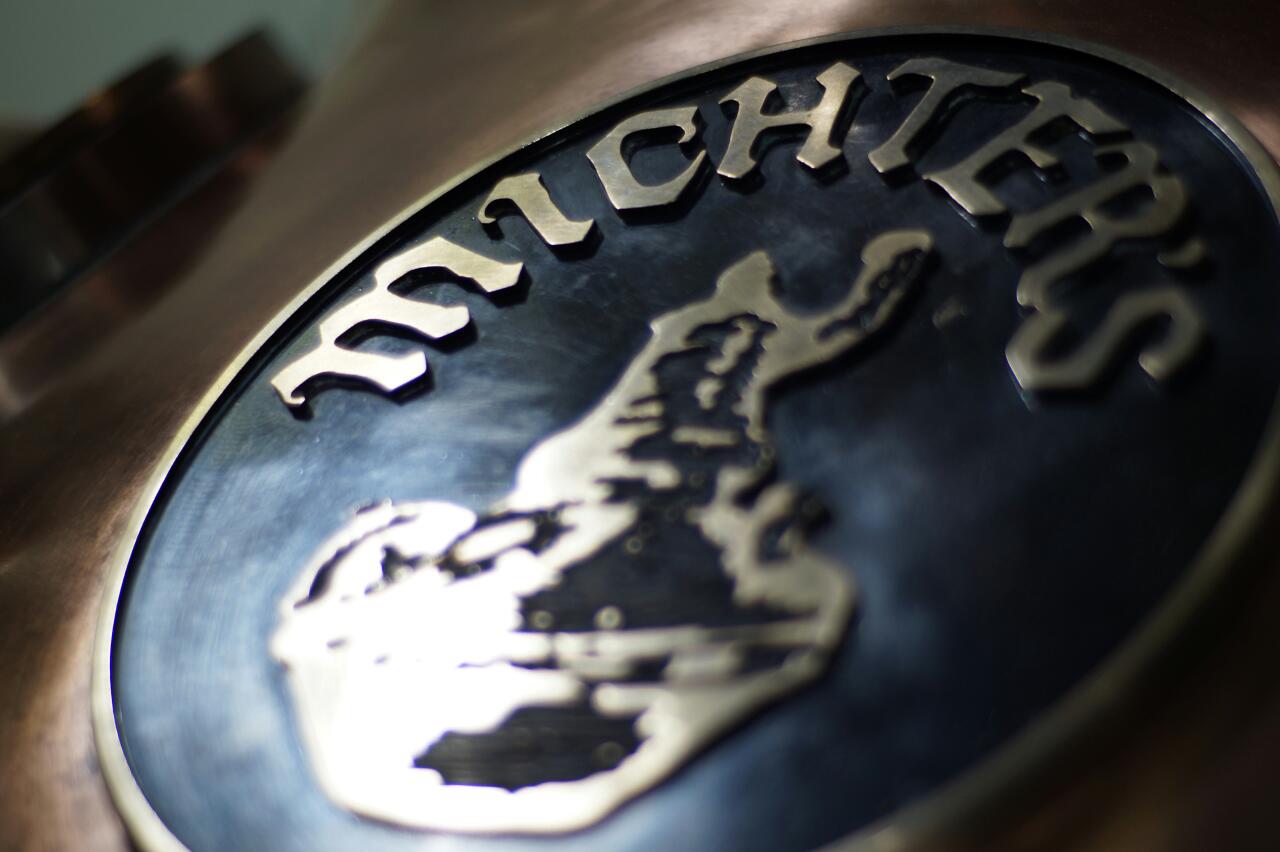 The Bourbon Society (of Louisville) met yesterday at Michter’s Distillery in the Shively neighborhood of Louisville.

Typically, a meeting of the Society wouldn’t garner a post of its own, but this one happened to be held at a brand new distillery that will start operations in less than 24 hours.

ModernThirst was on hand to tour the facility and partake of the festivities.

The facility itself is a state-of-the-art distillery complete with modern heat-controlled warehouse and automated barreling line.  Yes, I said automated barreling line.  Barrels can be filled, loaded onto a conveyor system, and moved to their respective aging spaces in the rick house by just two people.  Impressive.  Master Distiller Willie Pratt spoke to guests about the Michter’s process while company president Joe Magliocco and distiller Pam Heilmann also showed off the shining new distillery to Bourbon Society members and guests.

It boasts a 32 inch column still, the only 32 inch still ever made by Louisville-based Vendome Copper & Brass Works, the pre-eminent still-maker in the country.  Along side that column still sits a solid brass doubler/thumper combination.  Michter’s is an industrial setting, a far cry from the picturesque rural behemoths in Bardstown and surrounding areas, and as such is not intended to be a tourist attraction. Nevertheless, Brown-Foreman has a facility just down the street and the historic rick houses of Stitzel-Weller are visible from the distillery itself, so it is not lonely in its location.

In addition to the regular Bourbon Society business conducted, guests were treated to hors d’oeuvres from the Bristol Café and cocktails featuring Michter’s whiskey, along with a tasting of Michter’s US*1 bourbon and the forthcoming second release of Michter’s Toasted Barrel.