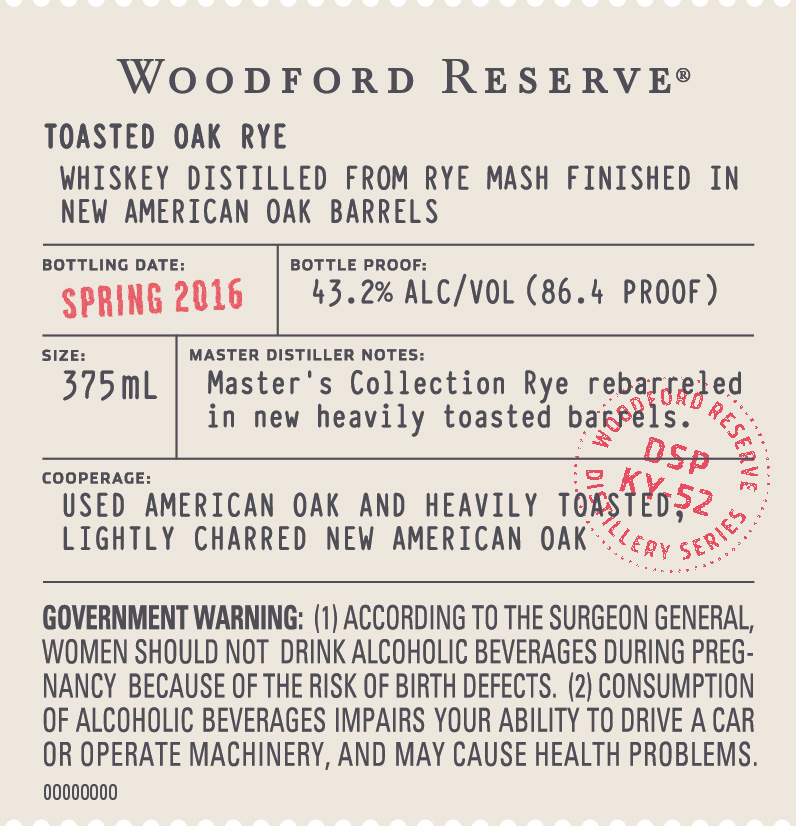 I’ve not made it a huge secret that Woodford Reserve and I don’t get along.  By and large, their standard offering leaves a metallic flavor in my mouth that is off-putting, and their current Distillery Series hasn’t been able to escape that flaw either.  In addition to that, their Master’s Collection of limited edition offerings has ranged from almost drinkable to atrocious.

I’ve sampled the Rye Whiskey on several occasions, and I actually like it.  It’s not the best Rye on the market, but it’s solid enough, and with the recent ballooning price of all American Whiskey’s it’s not even that far out of whack in price.  So seeing the new Distillery Series label that came through the TTB today actually has me a little interested in a Woodford Product again.

According to the label, we can expect it this spring.  It’s either going to be a nice, interesting twist on a rye, or it’s going to be horrid.  I think that’s worth a taste.