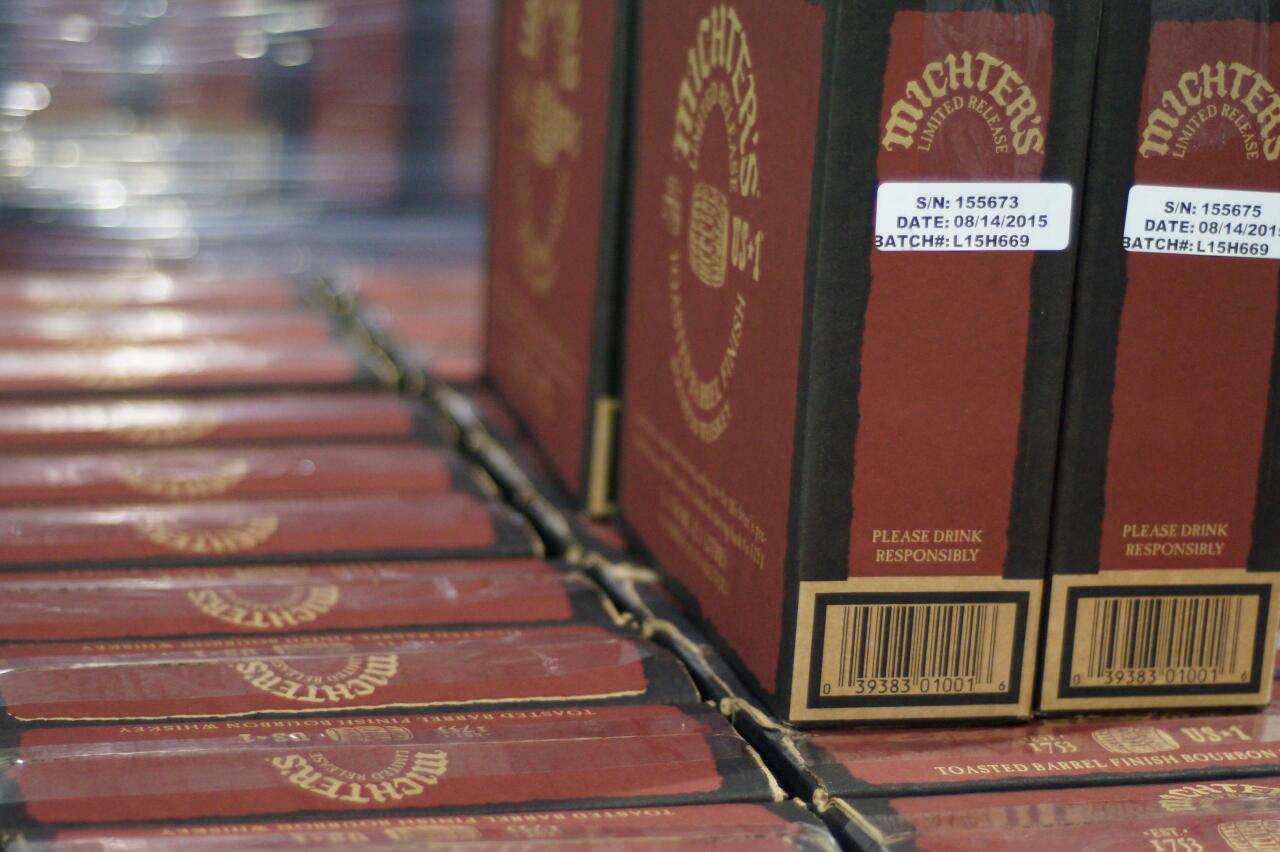 Toasted Oak as far as the eye can see...
Product News

In case you missed it on our front page news feed, Michter’s will NOT release the toasted Barrel Bourbon this year, instead allocating all available whiskey to their regular bottlings to meet growing demand.  They’re also expanding distillery operations: As part of its plan to bring supply into better balance with demand for its ryes, bourbons, and whiskeys, Michter’s has been taking steps that will double its M2 distillery’s capacity.  Located in the Shively section of Louisville, Michter’s M2 Distillery is currently operating at its maximum distillation capacity of 500,000 proof gallons per year. The American distillers’ standard measurement of alcohol production, a proof gallon is one liquid gallon at 100 proof at 60 degrees fahrenheit. When Michter’s M2 Distillery resumes distillation in August after a month shutdown for yearly maintenance, the distillery’s new distillation capacity will be 1,000,000 proof gallons per year.

Formerly Distillery Manager at Booker Noe Distillery, the largest bourbon distillery in the world at that time, Michter’s Vice President-Production & Distiller Pamela Heilmann stated, “By adding four more 16,000 gallon fermenters with a total capacity of 64,000 gallons and going to a second shift, we can make twice as much of the same great whiskey as we do now. Once again I was given carte blanche to put in the very best equipment.” The new equipment installed for the expansion was custom built for Michter’s by legendary Louisville-based still maker Vendome.

Master Distiller Willie Pratt, nicknamed “Dr. No” for his refusal to approve whiskey releases until he feels they are just right, said, “It’s really great for us to be able to offer more of our whiskeys to people at home and abroad, but Michter’s will never sacrifice quality to do so.”

Michter’s Distillery is located in the Shively section of Louisville, Kentucky, the heart of the American whiskey industry.  It makes highly acclaimed, limited production whiskeys.  Michter’s is renowned for its single barrel rye, small batch bourbon, single barrel bourbon, and small batch American whiskey.  In 2015, Michter’s was named the seventh Heritage Member of the Kentucky Distillers Association, thereby becoming the first distiller in 33 years to achieve that status.  For more information, please go to www.michters.com. To view the original version on PR Newswire, visit:http://www.prnewswire.com/news-releases/short-on-whiskey-michters-cancels-its-september-2016-toasted-barrel-bourbon-release-and-announces-distillery-expansion-300290120.html