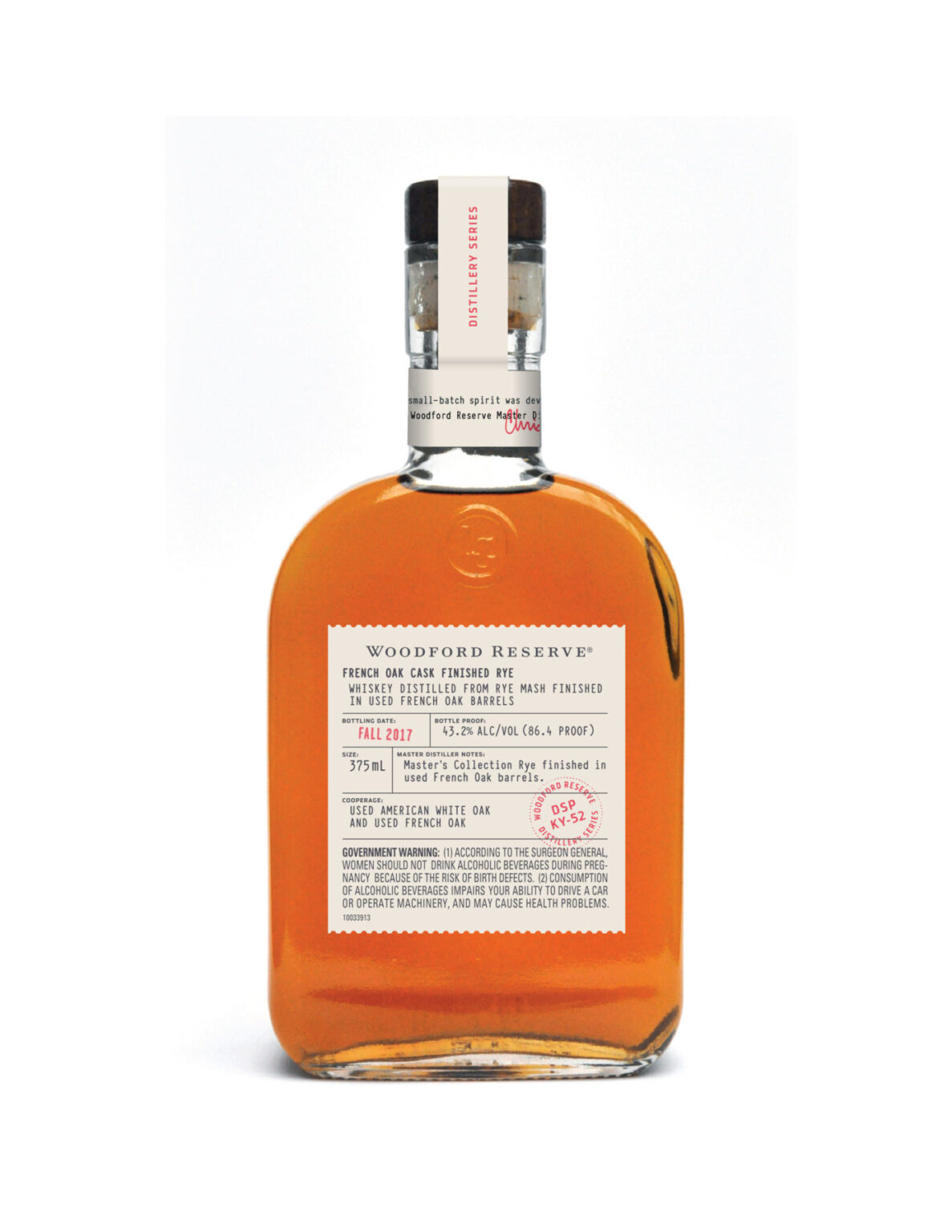 Following the 2017 release of Blended Rye and Toasted Oak Rye, French Oak Cask Finished Rye is the final expression of a triplet of Distillery Series rye offerings released this summer.

“This expression, compared to the previous two, is by far the fruitiest of our rye whiskey Distillery Series offerings,” said Master Distiller Chris Morris. “Fruit characteristics are atypical for a rye whiskey, making this tropical and citrus dominant blend a very unique expression.”

French Oak Cask Finished Rye is available for purchase at the Woodford Reserve Distillery as well as select Kentucky retailers. French Oak Cask Finished Rye is presented at 86.4 proof with a suggested retail price of $49.99 for a 375ml bottle. The Distillery Series expressions are small batch offerings ranging from finished whiskies to straight bourbons and other unique spirits.