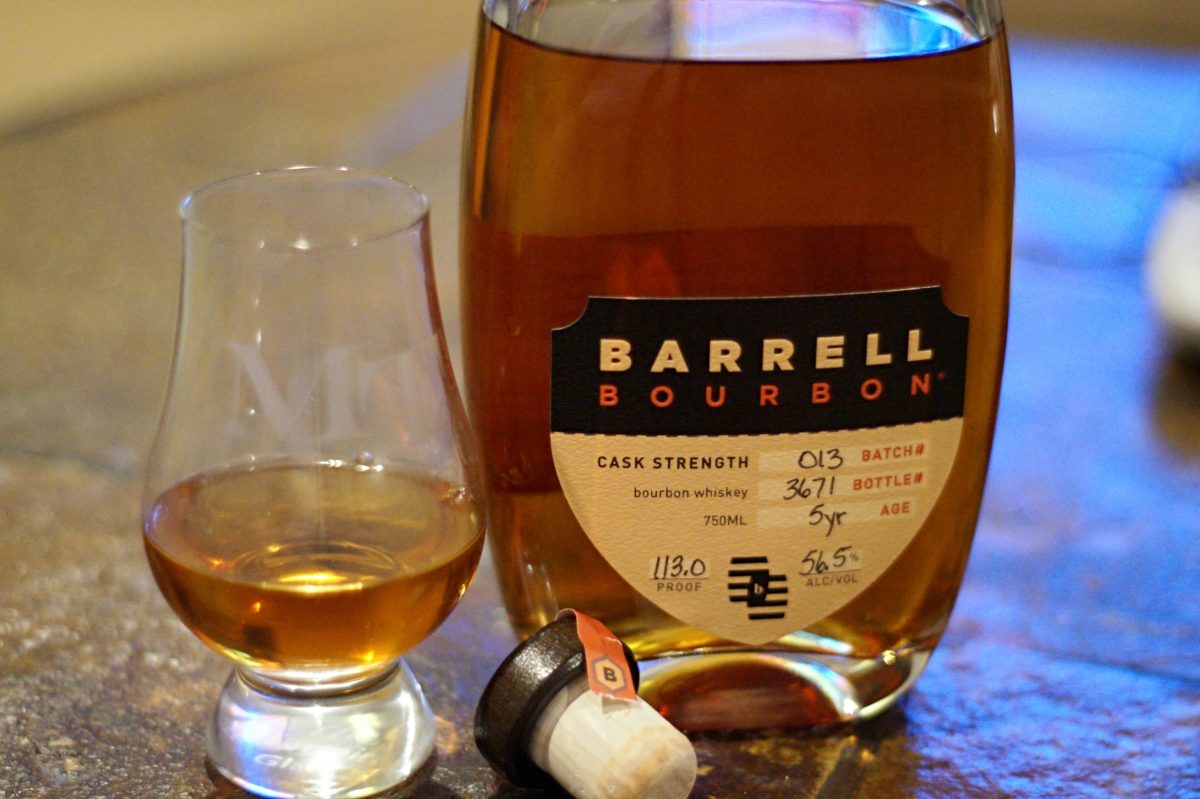 Young and bitter, this bottling doesn't stand up to the rich, flavor bombs that some of the better Barrell Bourbon bottlings. Hard pass. 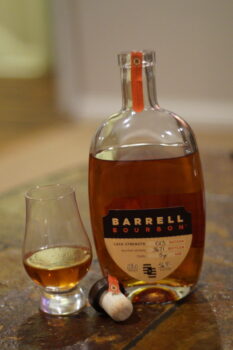 I’ve made no secret lately that I’ve become a big fan of Barrell Bourbon and all its incarnations. Its gotten to the point where I pretty much snap up any release I see of theirs no matter what the label says. We’ve reviewed the Barrell Bourbon batches 10 and 15 already, along with Barrell Whiskey batch 005. So When I saw Batch 13 on the shelf, I grabbed it.

This is a sourced bourbon blended from from Indiana and Tennessee distillate. It’s 5 years old, and 113 proof.

There is a heavy rye-pepper note on the nose on this, along with a slightly yeasty scent, neither of which have been present on previous batches I’ve tried. There is an ever-so-slight hint of young sour red fruit on the edges, and a bit of mustiness.

The mustiness turns to peanuts on the palate, with some sweetness of caramel, but the heavy black-pepper rye seems to dominate, turning tannic on the tail end. 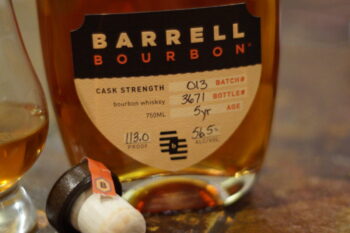 True to the nose and palate, the black pepper rye continues to be the dominant note here, but it takes a bitter and yeasty turn as the flavors dissipate. It’s a long finish. 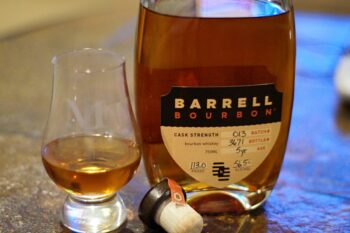 I’m not giving up my Barrel Bourbon Fan Club card yet, but this one doesn’t do it for me. That finish reminds me too much of Jim Beam White Label with a sort of cardboard/yeast note that I don’t really care for. I don’t know the ratios of age that went into this, but I suspect that 5 years is not enough for whatever the provenance of the distillate used at that age was. In addition, this 5 year bourbon is the same price as other batches of Barrel Bourbon (around $72), and I find that a little annoying. It was literally sitting on the shelf next to the 9 year old Batch 15 for the same price. It’s not terrible, but it’s not particularly good either. It’s a far cry from the better batches, and at this price I can’t recommend batch 13.