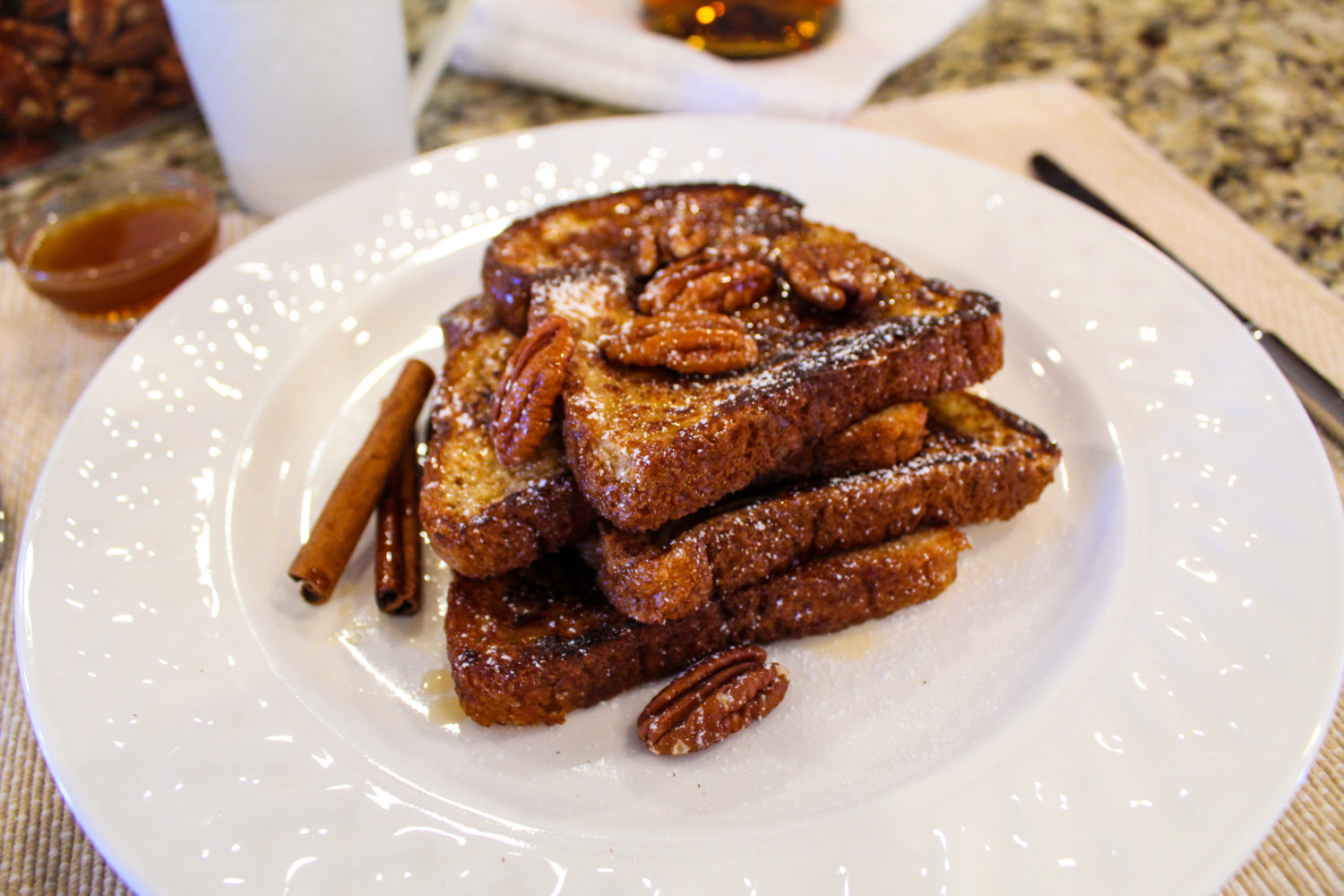 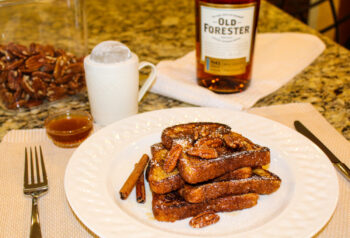 I recently returned from a long weekend in Washington, D.C. — a mecca for culinary indulgences and endless restaurant options. I spent three days eating and drinking my way through the city, tasting everything from a meatless meatloaf to elaborate cocktails named after presidents. Needless to say, returning to a bowl of cereal at my kitchen table on Monday morning didn’t sound so appealing.

On my last day, I ate brunch at Founding Farmers, one of my favorite D.C. restaurants. I bypassed ordering a tempting “Bourbon Batter French toast” dish from the menu, opting for something savory instead. The meal was fantastic, but I couldn’t help but wonder what I had missed out on. I decided the best way to keep the spirit of vacation alive was to make my own version of the decadent French toast when I returned home.

Below is my take on french toast, inspired by Founding Farmers. In the spirit of ModernThirst, I incorporated bourbon into the recipe in three ways — it’s added directly to the batter, mixed into the syrup, and infused into the vanilla extract. Triple the bourbon, triple the fun!

This dish is rich and flavorful without being overwhelmingly boozy, and it’s really simple to make. Above all, it will have you embrace that “out of office” mindset. 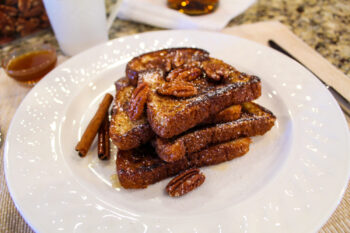 For the toast (makes about 6 to 8 servings): 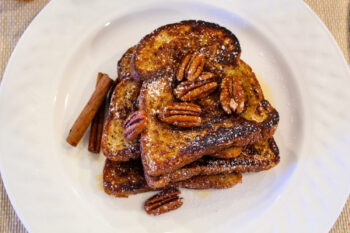 VIDEO: the Pepperheads attempt the #OneChipChallenge from Pacqui