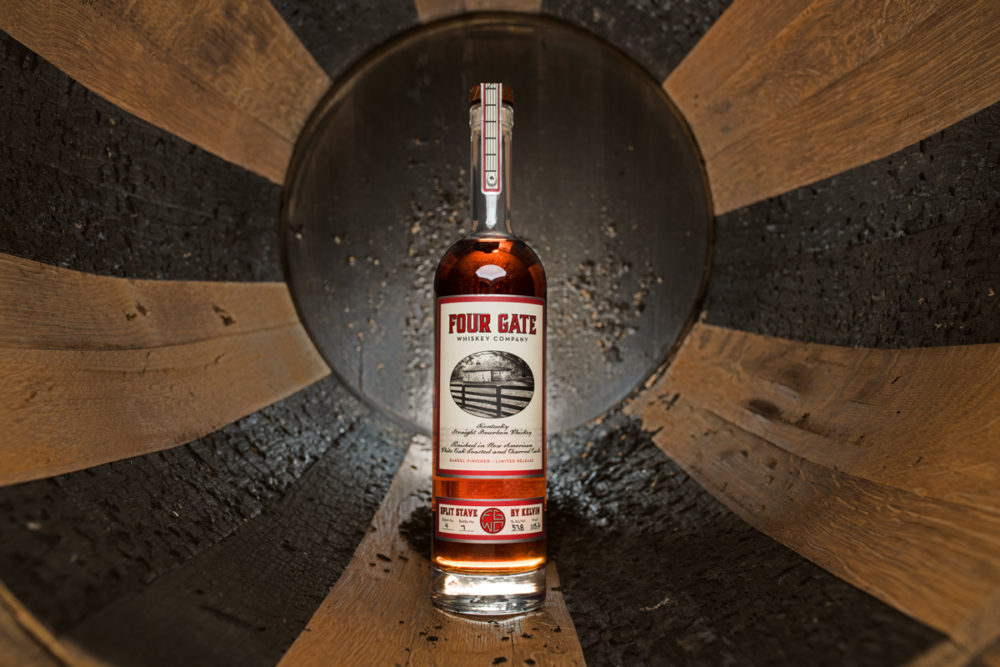 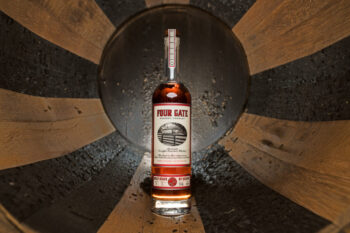 “For our first two batches,” said Chief Blending Officer Bill Straub, “we finished the whiskey in used cooperage. Then for the really small 3rd release, the whiskey was totally unfinished. We wanted to give Kelvin Cooperage the chance to stretch their legs on this batch with new cooperage and do something really innovative and creative.”

To that end, William Hornaday, of Kelvin Cooperage, crafted a series of medium toast new barrels. He and his team then hand-crafted a series of #2 char barrels and a series of #4 char barrels. They then broke the barrels apart and combined the staves into new barrels- alternating between toasted staves and #2 char staves on one series, and toasted staves and #4 char staves on another. The resulting “zebra” pattern allowed Four Gate Whiskey Company to combine the custard creaminess of toasted barrel finishing with the warm woody fullness of a double-barreled bourbon. Chief Barrel Officer, Bob D’Antoni, coined them “Split Stave™” barrels.

Four Gate produced 2,700 bottles from this inaugural release of Split Stave™. They are a blend of 5.5 year and 12 year Kentucky Straight Bourbon whiskeys and are released unfiltered and uncut at 115.6 proof.

Four Gate Whiskey Company’s fourth release will be distributed in Kentucky and Tennessee at a MSRP of $174.99 per bottle with 2,700 total bottles available at retail.

Four Gate Whiskey Company started in 2018 with the goal of releasing several unique batches of whiskey products each year. With its first product launch of 11-year-old Kentucky Straight Bourbon Whiskey finished in sherry-rum casks in April 2019, the team is excited to unveil the other small batch products with unique finishes to come later this year. Learn more at fourgatewhiskey.com, like us on Facebook.com and follow us on Twitter @four_gate. 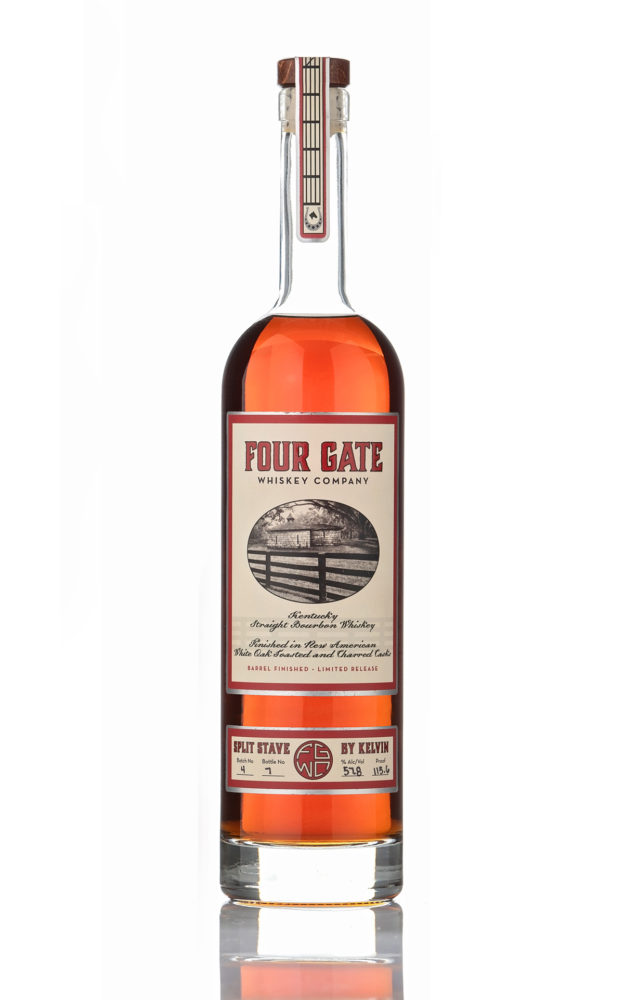