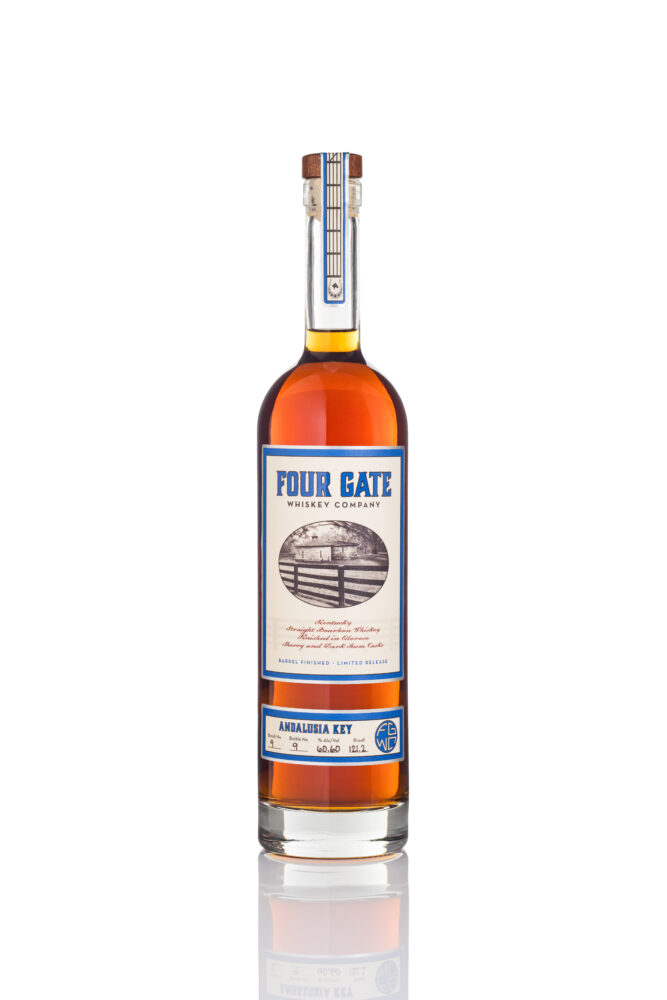 LOUISVILLE, KY, September 15th, 2020 – Later this month, Four Gate Whiskey is releasing its 9th bottling, a batch of Kentucky Straight Bourbon finished in Oloroso Sherry and Dark Rum Casks, and will be, for the first time, distributing products to the state of Georgia. 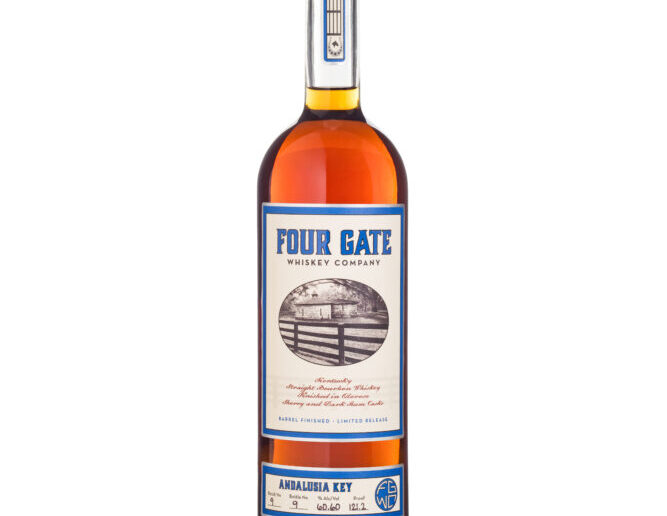 After releasing unfinished whiskeys for batches 7 and 8, Four Gate Whiskey Company went back to its roots, blending 3 different Kentucky Straight bourbons and aging them in dark rum casks from the Florida Keys and blending two Kentucky Straight bourbons and finishing them in Oloroso Sherry casks from the Andalusia region of Spain. The resulting whiskeys were then combined to create Andalusia Key.

“This is really our niche,” said Chief Blending Officer Bill Straub, “We’re blenders at heart and we love to collaborate with Kelvin Cooperage on finding great secondary casks to further age the blends we come up with.”

With only 1,309 bottles produced, this is a relatively small batch even by Four Gate standards. Like all Four Gate Whiskey Company releases, Andalusia Key was bottled un-chill-filtered at full cask strength of 60.6% ABV, or 121.2 Proof.

“We’re really happy with this whiskey,” said Chief Barrel Officer Bob D’Antoni, “We really stayed on top of this one tasting it at every opportunity for months until we felt like it was perfect. It’s one of the sweetest releases we’ve had yet.”

In addition to the new batch, Four Gate Whiskey Company is thrilled to announce that batches will now be available through National Distributing Company in the state of Georgia. Select bottles from batches 2, 4, 6, 7, and 8 will be available in September, with future batches available as they are released.

“Republic National Distributing Company has been such a great partner for us since day 1,” said D’Antoni, “that we wanted to stick with them as we expand to new states. NDC is part of the same company as Republic, and this was a natural fit for us.”

“We wouldn’t be where we are today without RNDC,” said Straub, “we’re so happy to continue to develop that relationship with NDC as we grow.”

There are 1,309 bottles of this release available in September in Kentucky, Tennessee, Georgia, and online through Seelbachs.com at a MSRP of $199.