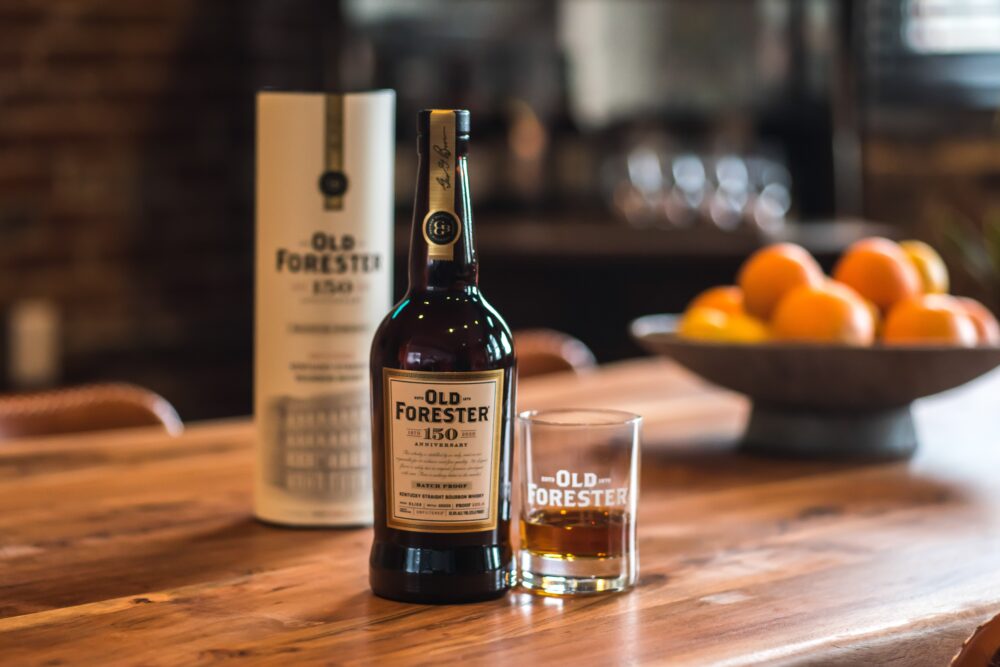 Old Forester Celebrates 150-Year-History with Limited-Edition Bourbon Release
The new release comes in an amber glass bottle, paying homage to the First Bottled Bourbon™ as the brand looks ahead to a bright future

Louisville, Kentucky (September 22, 2020) – In 1870, George Garvin Brown changed the spirits industry forever when he sealed and sold his whisky – Old Forester – exclusively in a glass bottle. Each bottle was adorned with his signature, a personal guarantee of the brand’s quality and consistency. Today, 150 years later, Old Forester announces the upcoming release of Old Forester 150th Anniversary Bourbon to commemorate his act of ingenuity, honor his legacy and celebrate the history of the First Bottled BourbonTM. 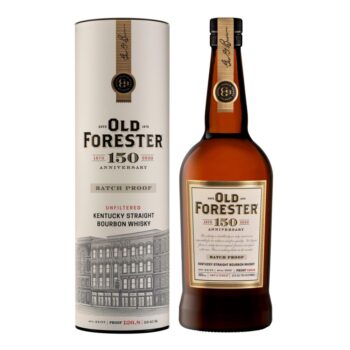 Old Forester 150th Anniversary Bourbon references George’s original process, composed of three batches, unfiltered* and each presented at individual batch strength. The limited release is presented in an amber glass bottle, reminiscent of the hand-blown glass of George’s day, and will come in a commemorative canister. It’s planned for release in October 2020.

“This special bourbon has been in the works for some time now, and while it is exciting for our family and colleagues, I hope the larger Old Forester family – the bourbon lovers and fans – will appreciate it just as much,” said Campbell Brown, Old Forester President and Fifth-Generation Brown Family Member. “My great-great grandfather had quite the vision for his whisky. He was bringing something to the market that had previously not existed and today, we instill his legacy of ingenuity in everything we do – especially in the halls at Old Forester Distilling Co., in the same building George ran the business in the early days of the company.”

In the 150 years since George’s started the company, the brand has endured 13 years of Prohibition, World Wars, changing consumer palates and industry consolidations. Today, Old Forester remains the only brand with an uninterrupted 150-year history, sold by the same family company before, during and after Prohibition.

George’s act of selling whisky exclusively in a sealed bottle was innovative at a time when most whisky was sold by the barrel and subject to adulteration prior to reaching the consumer. Predating any modern food safety acts, he helped lead an industry on the path to rigorous self-regulation that is still upheld today. In addition to being the first to exclusively sell whisky in sealed glass bottles, George was the first to commercially batch whisky to ensure a consistent flavor profile. At the time, he batched from three distilleries – Mellwood, Mattingly and Atherton – before eventually acquiring the Mattingly Distillery and distilling his own whisky.

For the Old Forester 150th Anniversary Bourbon, 150 barrels were chosen by Master Distiller Chris Morris and set aside for this limited-release product. At maturity, several barrels lost their full contents to the Angel’s Share. The resulting aged liquid was personally and individually tasted by Master Taster Jackie Zykan and separated by-hand into three distinct batches, differing in proof and flavor profile.

“We designed the expression to share our unique story,” said Jackie Zykan, Old Forester Master Taster. “George Garvin Brown was an entrepreneur and an innovator. I have composed three unique blends to honor his process of batching from the three original distilleries. Each captures a distinct facet of the beloved Old Forester flavor profile, each upholding his highest standards of quality.”

Finish: brilliant and perky spice at the front of the palate, touch of cedar, mildly dry

Mid: sweetens in the middle to melon and pine

A limited number of cases will be available nationally in October 2020 for a suggested retail price of $150. To learn where you can purchase Old Forester 150th Anniversary Bourbon, check out OldForester.com for a retailer near you.

About Old Forester Bourbon:
Old Forester is Brown-Forman’s founding brand, founded in 1870 by George Garvin Brown. Brown believed Old Forester was so pure and consistent that he sealed it, signed it, and pledged, “There is nothing better in the market.”

Old Forester 150th Anniversary Bourbon, 62.8%, 63.2% and 63.4% Alc. by Vol., Old Forester Distilling Company at Louisville in Kentucky. OLD FORESTER is a registered trademark. ©2020 Brown-Forman. All rights reserved. Please do not share or forward this content with anyone under the legal drinking age.

*All natural barrel char sediment has been removed via dump room screening. In extremes of temperature this bourbon may naturally haze or cloud. This is normal for an unfiltered bourbon whisky.