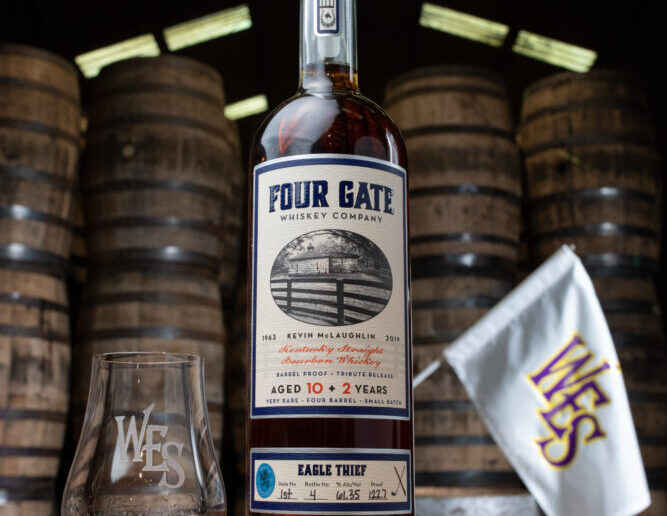 Four Gate Whiskey Company is paying tribute to the late Kevin McLaughlin of Kelvin Cooperage, who passed away in December of 2019 with a special tribute release funding a  donation to Kevin’s charity of choice- West End School of Louisville. 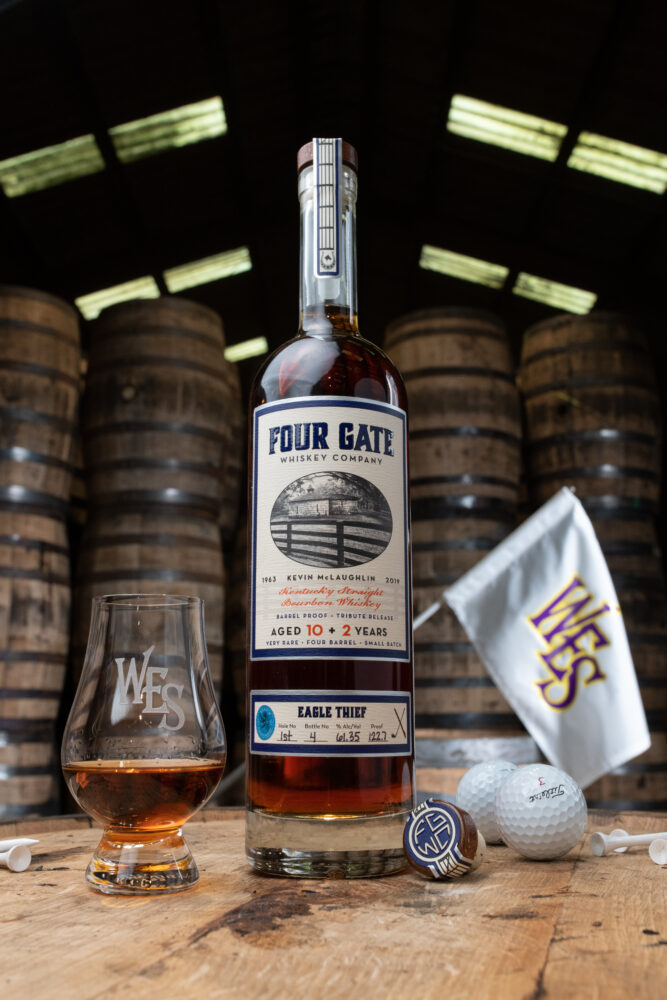 Kevin McLaughlin ran Kelvin Cooperage with his brother, Paul, after their father founded the cooperage in Glasgow, Scotland in 1963. Kevin passed away December 27th, 2019, after a courageous battle with cancer.

Kelvin Cooperage has collaborated with Four Gate Whiskey Company from the start, and Kevin was a good friend of Chief Barrel Officer Bob D’Antoni. The company only thought it fitting to honor Kevin with a special release.

“Kevin was such a great guy and great friend. He was so instrumental in our success that I felt like this was something we had to do,” Said D’Antoni.

Kevin was an avid and skilled golfer, who played collegiate golf at Pepperdine University, where he captained the golf team. As such, much of the labeling of the batch are tributes to Kevin’s golf game and the cooperage he ran so successfully.

Highlights of the label include:

“The label was such a labor of love from Bobby (D’Antoni),” said Chief Blending Officer Bill Straub. “It’s really thoughtful and creative at the same time.”

The underlying whiskey is a barrel proof 12-year Kentucky Straight Bourbon with a mash bill of 74% corn, 18% rye, and 8% malted barley. Only 4 barrels were selected, resulting in 423 total bottles. Sales from this batch will fund a donation to Kevin’s charity of Choice, West End School of Louisville. West End School provides a safe and structured environment for boys in grades Pre-Kindergarten through 8th in which academic rigor, character development, and responsible action establish the foundation for a purposeful life. Their vision seeks to enable students, regardless of their circumstances, to achieve their highest potential. More info can be found at https://westendschool.org/

Special thanks and recognition must be made to all involved. To maximize the contribution to the school, Republic National Distributing Company, Sterling Cut Glass, Resource Label, and White Dog Trading and Storage all agreed to participate at lower margins to make this batch a reality, including all participating on-premise retailers and online sellers- Seelbachs.com and Bourbonoutfitter.com.

“Everyone at Kelvin Cooperage is overwhelmed by Four Gate’s Eagle Thief Release in honor of my brother, Kevin McLaughlin,” Said Paul McLaughlin. “He would also have enjoyed having his +2 handicap widely publicized!  The fact that everyone involved in the project is donating profits to Kevin’s favorite cause – The West End School – is a lovely bonus.”

There are 423 bottles of this release available in November in Kentucky and online through Seelbachs.com and BourbonOutfitter.com at a MSRP of $299.