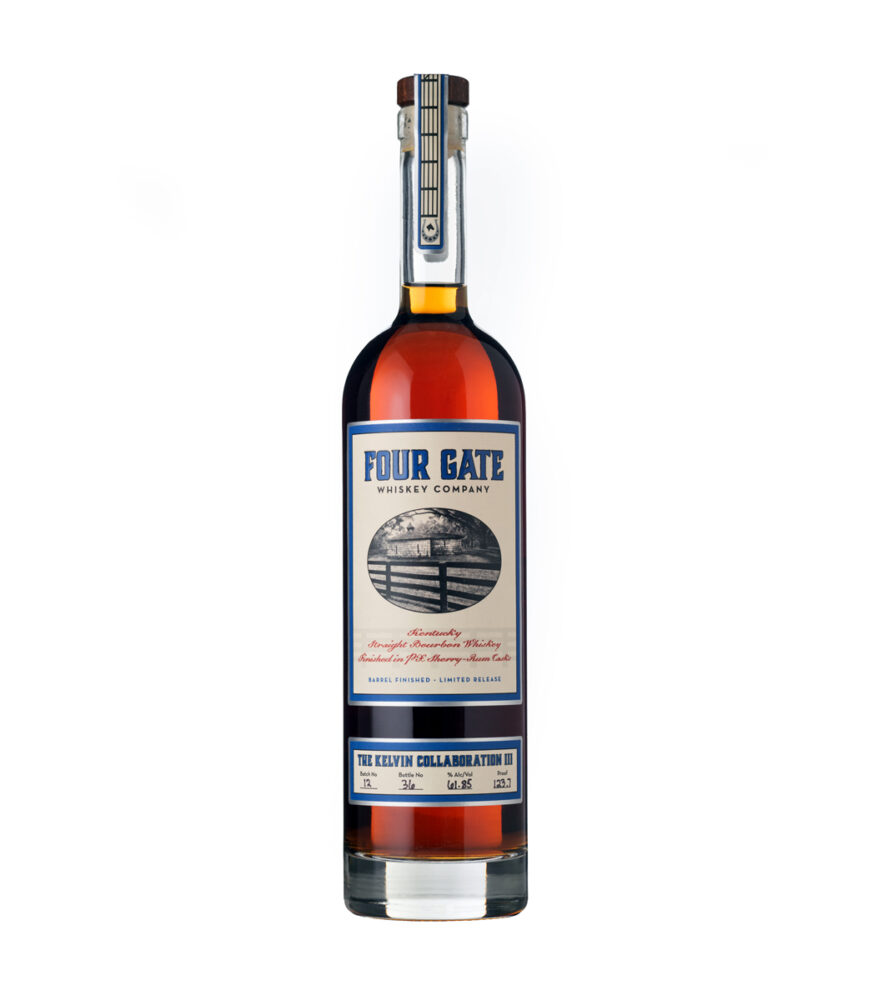 LOUISVILLE, KY, April 5th, 2021- Four Gate Whiskey is releasing the third iteration of its award winning “The Kelvin Collaboration” batch. Following batches 1 and 6, each named amongst the best barrel-finished whiskeys of the year by various esteemed writers, bloggers, and vloggers, batch 12 is a blend of 9 and 12-year old Kentucky Straight Bourbon Whiskeys finished in PX Sherry-Rum casks. 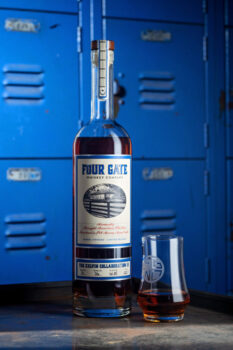 The secondary casks originally were originally used to mature PX Sherry, followed by dark rum by Virago Spirits of Richmond, VA before finding their way via Kelvin Cooperage to Four Gate Whiskey Company.

Each of the previous two releases of “The Kelvin Collaboration” have featured Kentucky Straight Bourbon Whiskey finished in additional fortified wine and rum casks. This release ups the ante with ultra-premium PX Sherry influence.

“These really might be some of the best finish barrels we’ve had,” said Chief Barrel Officer Bob D’Antoni.”

The Kelvin Collaboration III is available in April in Kentucky, Tennessee, and Georgia, Indiana and online through Seelbachs.com, BourbonOutfitter.com, and Caskers.com at a MSRP of $199.

Four Gate Whiskey Company’s products have been released since 2019 to critical acclaim, with every batch reviewed by Whisky Advocate earning score of 90 points or higher (90-94 = “Outstanding; a whisky of superior character and style”), and multiple well-regarded writers and online reviewers naming various batches amongst the top 10 American whiskeys of 2019 and 2020.