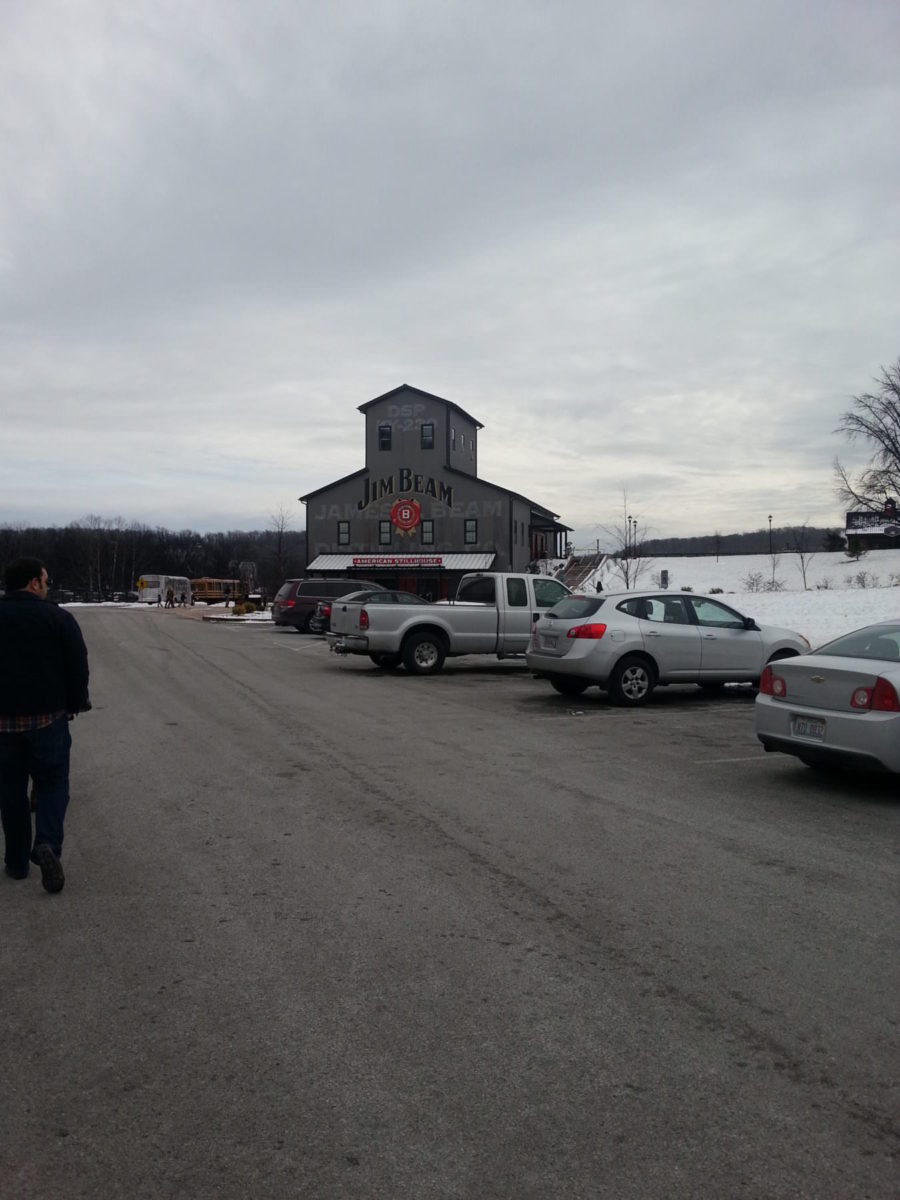 It’s been a good ten years since I last visited the Jim Beam distillery in Clermont, KY, and a LOT has changed in those ten years.  As the largest name in bourbon, currently producing about half the world’s bourbon supply (as our tour guide told us), one would expect the Jim Beam distillery to be a pretty large and well run organization.  It is.  It’s massive, very well designed for tourists, and yet the entire operation still “feels” like a small family-run business.  It’s quite impressive.

The Jim Beam American Stillhouse occupies a prominent position on the Kentucky Bourbon Trail, and is located just outside of Bardstown, KY (home of the Heaven Hill/Evan Williams facility that I also visited over the weekend) in the small town of Clermont, which is also home to…well…absolutely nothing else.  Still, being the home of a brand as big, well-known, and distinctly American as Jim Beam is nothing to sneeze at.

Beam Brands has done an excellent job making the tour reflect the size of the operation, while still breaking it down to a very understandable micro level so that tourists can see the entire process close-up.  While guests do visit the largest facilities, the start of the tour focuses on a small-scale working still, making three small actual batches of bourbon.  Throughout the early part of the tour, volunteers from the tour groups are asked to perform various parts of the bourbon-making process, including adding grain or corn to the working still to helping fill a barrel with uncut clear alcohol.

From there, the tour shows guests the larger facilities that bring a sense of scale to the operation.

In our tour, we followed the production of a batch of Knob Creek Single Barrel bourbon through to the bottling stage, where we were allowed to hand-bottle one bottle each, and mark it for later purchase at the gift shop.

The final stage is the tasting room, which is also the most exciting room.  Each guest gets a small tasting glass with the Jim Beam logo to keep as souvenirs.  In addition, guests get a pneumatic card that contains two tastings.  The card is inserted into a machine, and it pouts a half-ounce tasting into your waiting glass.  Pretty nifty.  I’d seen this for wine before, but never seen it for liquor. I highly recommend going with your pregnant wife, as you will get four tastings instead of the standard two when you take her card. 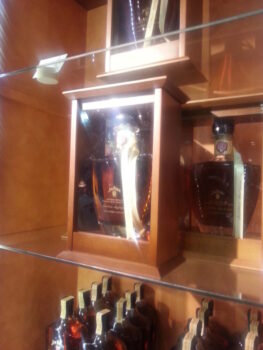 Unlike other distillery tours, the Beam tasting did not leave anything off the table.  If Jim beam is making it, it’s available in the tasting machines.  That’s everything from white label Jim beam to the new Signature Craft bourbon and the entire Small Batch collection.  Only the $200 Distiller’s Masterpiece was left out.

Afterwards, we made our way back to the gift shop where I purchased the bourbon I’d bottled earlier, and Beam engraved it at no cost. 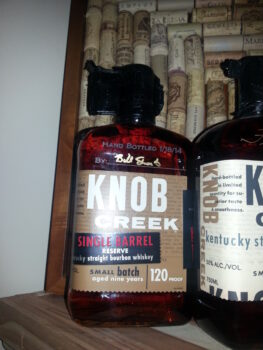 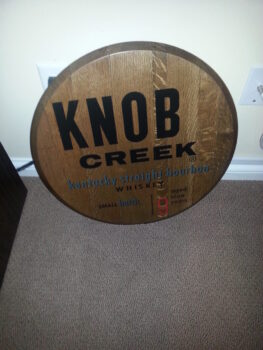 I’ve toured most of the major distilleries. I’ve been to Buffalo Trace, Makers Mark, Evan Williams/Heaven Hill, and Woodford; and  I can safely say that the Jim Beam tour is the best of them.