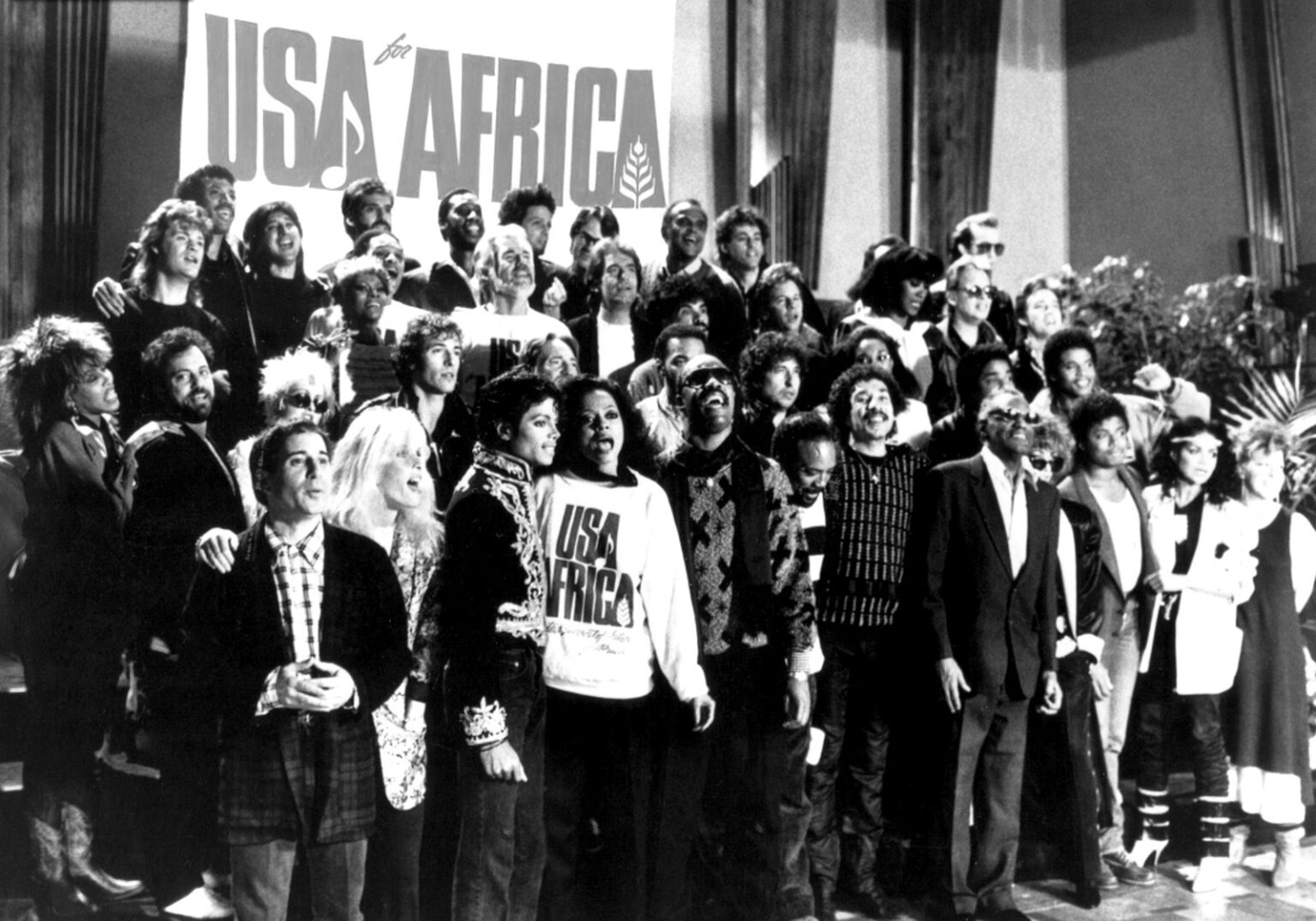 Daily Toast! Raise a Glass to the World!

Today marks the 29th anniversary of the recording of the single We are the World by the ensemble super group known as USA for Africa.

The song was written by Lionel Ritchie and the late Michael Jackson, and sold over 10 million copies around the globe. It went on to win three Grammies, one AMA, and a People’s Choice Award. The artists who sang on the single included everyone from Bruce Springsteen, Joe Perry, Cyndi Lauper, Ray Charles, and Kenny Rogers to the Pointer Sisters, every other Jackson who ever recording a lyric, Dan Aykroyd, and Paul Simon. It was literally a Who’s Who and Who isn’t who (I’m looking at you, La Toya) of the music and entertainment industry.

The song reached #1 on the Hot 100 chart in the US, and also hit #1 in Australia, Belgium, Canada, France, Ireland, Italy, South Africa, the UK, and even Spain and Norway. More importantly, it raised over $63 Million for humanitarian aid and causes around the world. Somewhat interestingly, the German speaking nations of Austria and Germany only MOSTLY loved it, since it peaked at #2 in both nations.

So raise a glass today for USA for Africa and We Are the World!