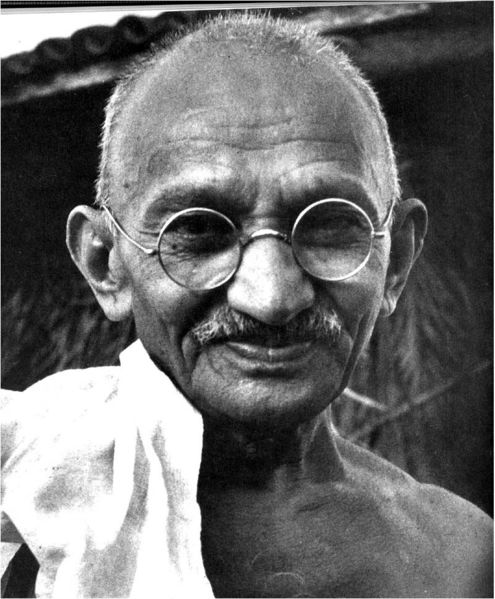 On this day in 1948, Mohandas Karamchand “Mahatma” Ghandi was assassinated New Delhi.

Ghandi was born in India, educated in London, and lived for a time in South Africa, where he witnessed first-hand the horrors of apartheid and racism. He took those lessons home with him to India, where he became a leader of the Indian people in their drive for independence from Great Britain. He was an early proponent of non-violent resistance in the political arena, using his beliefs as a catalyst to fight poverty, end religious and political violence in India, and press for women’s rights. He was killed by a Hindu extremist who opposed his non-violent approach to Islam and Pakistan, and his tolerance towards the Muslim religion.

Ghandi is considered by many to be the father of the Indian Nation, and his birthday is a national holiday. He is celebrated worldwide as a beacon of peace and nonviolence.

I had the opportunity to visit India in 2007, and I came away with a great respect for the history and culture of that country. Aside from the friendly, educated, and industrious population, there is a huge variety in cuisine and spirits. In particular, the Kingfisher brand of beers was commonly found through my stay there. Brewed by the Bangalore-based United Breweries LLC, the standard Kingfisher offering is Kingfisher Premium, a crisp lager that comes off sweet and refreshing in the summer months. But the brewer also offers a full range of stronger and varied flavors domestically and for export. It is currently exported to over 50 countries.

So raise a glass of Kingfisher today to Mahatma Ghandi! Cheers!