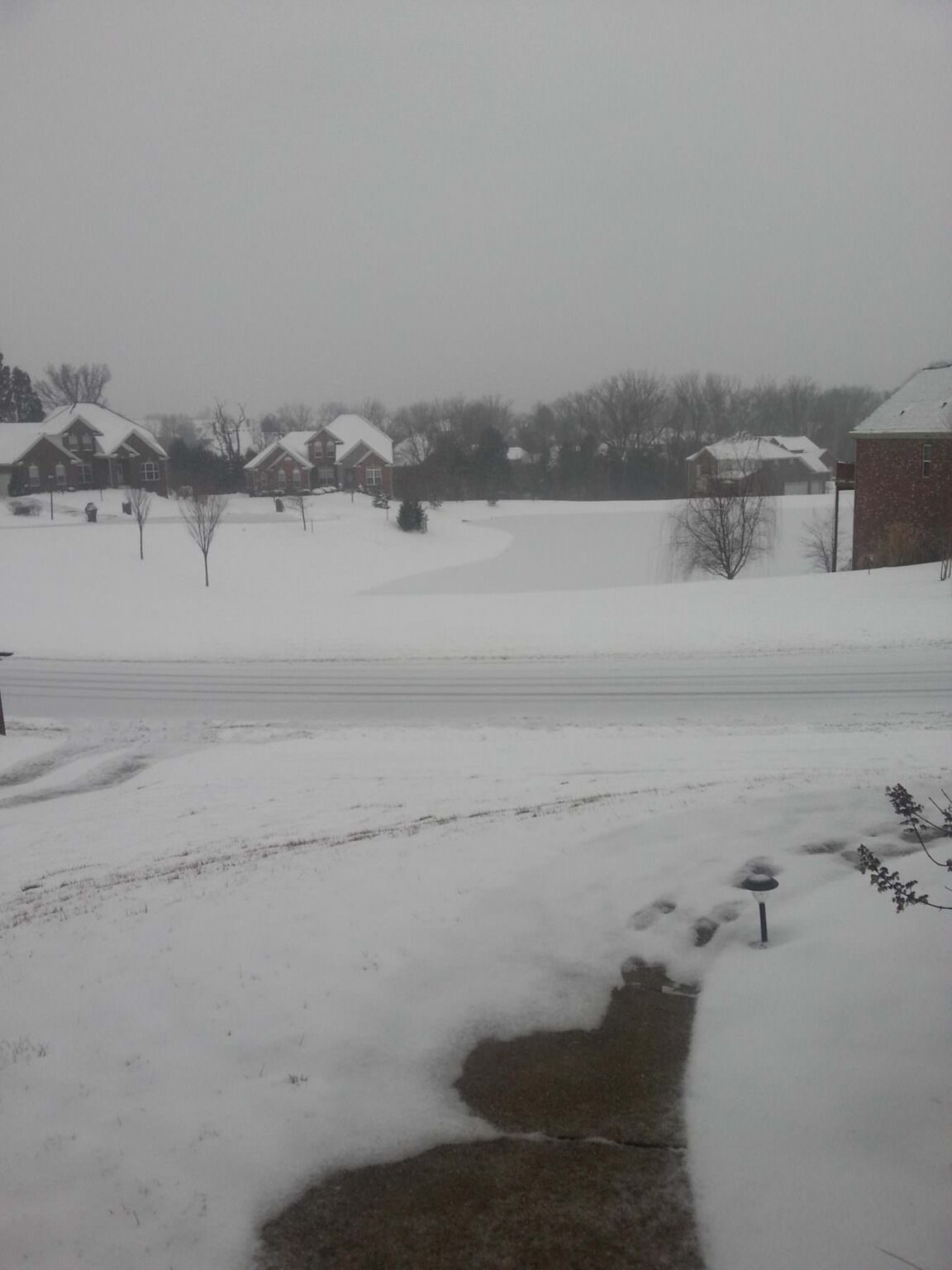 It seems like this winter just won’t go away. Damn that groundhog and his shadow!

We’ve reached the mid-point of February. In most years, we are just coming out of the coldest portions of the winter here in the Midwest and Upper South (or Mid-South, as the area is coming to be called). This year, we’re bracing for yet another winter storm. Global Warming? Yes, Please.

Sporting events have been postponed, schools are closed yet again, and cities are shutting down as ice and snow pelts much of the country like a scene from The Day After Tomorrow. Winter Storm Pax is upon us. (When did they start naming snow storms, anyway? It’s not a hurricane, for goodness’ sake!)

In the Southeast, over half a million homes are without power due to the storms, and cities like Atlanta have ground to a standstill as ice makes driving treacherous. Yes, you northerners may scoff at the tribulations of those of us who think two inches of snow is a harbinger of the End of Days, but many who don’t live north of the arctic circle (aka Mid-Ohio) have little experience driving in the snow, very little appropriate winter clothing and absolutely no common sense, so don’t hold it against them (us.) Those in the affected areas will no doubt reel in horror at the fluffy white Armageddon that is descending upon them. Any ability to drive, walk, or carry on with normal life will quickly fade, and a mass snow-panic will descend.

Here in Kentucky, we’re hardly cold weather experts, but we do get a snow or two each year. We are well-versed in the art of driving 1 mph at the first sign of snowflakes and raiding the grocery store for milk and bread at the slightest hint of precipitation in February. And we’re bracing for the next band of weather. A mix of snow and freezing rain is due, well, any time now. This impending catastrophe is bringing 2-4 inches of snow to the area, and leaving us poor, shivering masses who don’t want to brave the chaos of the grocery only one option: Stay home and drink.

Nothing warms the spirit (and the belly) like a good stout drink. Pick your poison, it’s all good. A nicely aged bourbon, or a good hoppy IPA, it’ll do the trick. So huddle under a blanket and stare at the white death falling from the skies outside your front window and raise a glass to Winter Storm Pax! Cheers!

While you’re at it, don’t forget to vote for which Bourbon you’d like to see reviewed next by Modern Thirst. Colonel E. H. Taylor, Jr. Small Batch is out to a commanding lead in the voting, but we won’t close the poll until Sunday. Be on the lookout for the review to be posted on Monday.

You can cast your vote here: