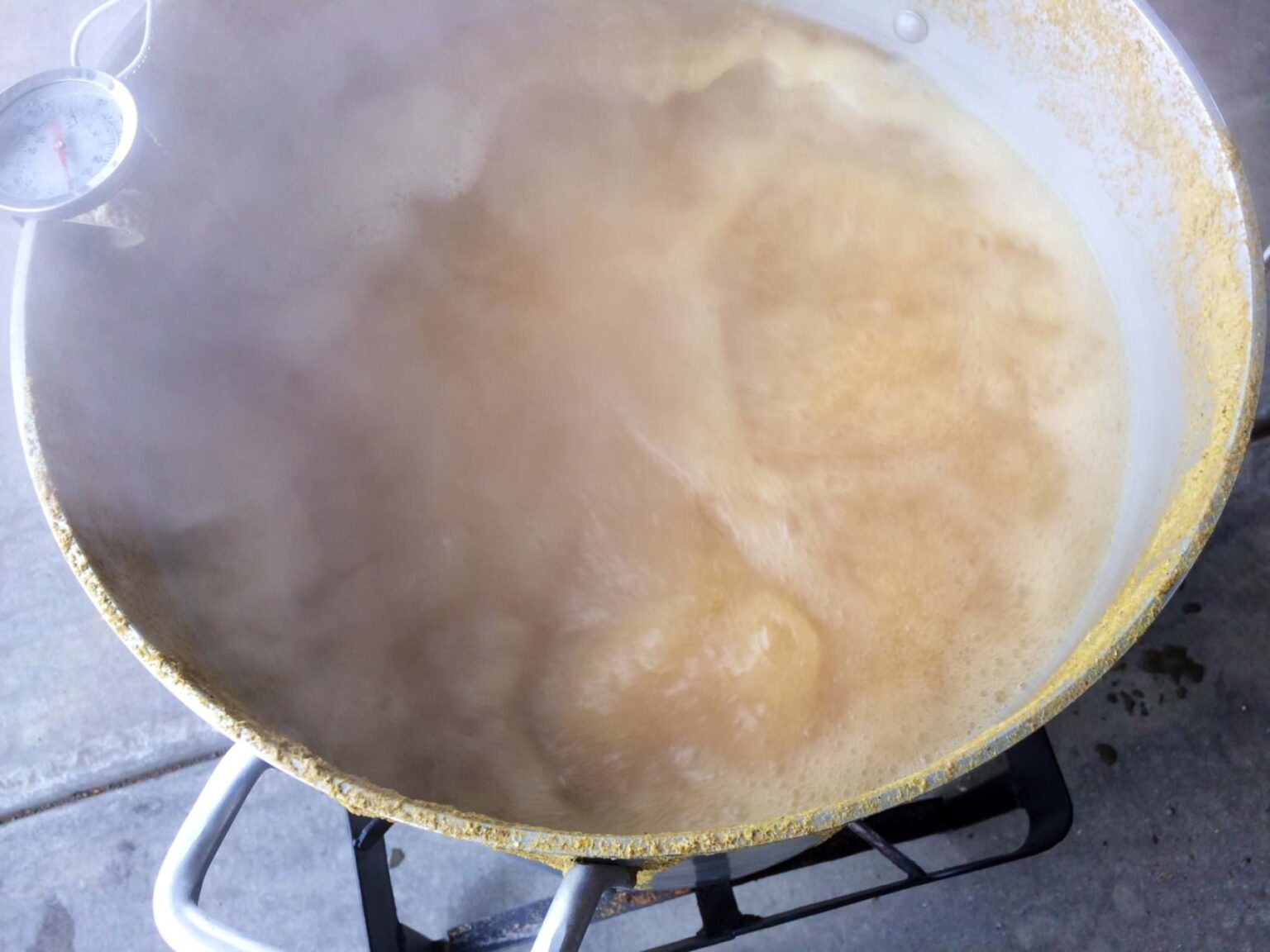 After our plans were changed for Presidents’ Day weekend, I found myself home from work today without any real plans.  While I was initially disappointed in the changed plans, it gives me a perfect opportunity to brew a batch of beer!

What am I brewing today?  Well it may not surprise you but it is an IPA.  I decided to name it Presidential IPA, but then after a quick search, I discovered there is some beer out of Arkansas with the same name,  now I’m considering naming it William Henry Harrison, the US President that happens to be buried just a few miles from where I sit now.  But the name is not that important since this is just a five and a half gallon batch, and only friends and family will probably ever try it.

IPAs are certainly the most popular style of craft beer, and I do intend to post about the history and popularity of IPAs in the future.  The reason I chose to brew this today is, It has been awhile since I have brewed an IPA, as I was trying some other styles, and more importantly, IPAs are my personal favorite.

To give you a quick history on me, the brewer, I have only been serious about brewing for less than a year.  I had played around with some of the kits like Mr. Beer in the past, and had never been that excited about the results.  I knew there were better options out there, I just never fully researched them. About a year ago, I  went over to brew with a friend, who at that time had modified the Mr. Beer approach to brewing by doing a partial mash, rather than just extract.  At this point I started to realize the potential and the fun that there was in home brewing.  Soon after, I ran into another friend that did full all grain brewing, after a great conversation with him, I planned a time to go watch him brew, I then quickly started reading more and acquiring new equipment.  Luckily I have two great Home Brew Supply stores near by Brew Monkeys and Listerman Brewing Supply, that were a wealth of knowledge as well.  So I rather quickly turned this into an obsession.

Before I go into more details on what I am brewing today, I want to give a brief lesson on how beer is made, and a clarification of those different types of brewing that I mentioned above. To over simplify how to brew beer; first a wort is created, a wort is just water and fermentable sugars.  Those sugars typically come from malted grains.  That wort is then boiled for at least an hour usually with hops, which really give the beer its flavor.  After the boil, the wort is then chilled and placed in a fermenter with yeast.  The process of the yeast eating the sugars is what creates alcohol and turns the wort into delicious beer! The kit method, uses only an extract to make the wort (think of a thick syrup in a can), Partial mash introduces specialty grains that are boiled in the water before the extract is added.  All Grain uses no extract, all of the wort comes from grains. My disappointment early on with the kits is that I felt like I was neither making better beer than I could find in stores, and it was not cheaper either.  Now that I do All Grain, I do find that I can make beer that I love and many times it is cheaper than the beers that I buy from commercial craft brewers (if you don’t count the value of my time).

My IPA today uses only two types of Malted grain Brewers 2 Row pale malt, and caramel/crystal malt 10L.  These are the two malts you will find in Stone IPA.  What excited me about the recipe that I put together today is the hops, which is the star of any IPA.  I am using German Magnum Hops for bittering, (my go to bittering hop) Australian Galaxy Hops for flavor and aroma (I have used these in a previous IPA and was very happy with the citrusy result) and Amarillo hops for flavor and aroma. There had been a shortage of Amarillo hops, because of increased demand…I am excited to see what they will do for this beer.  I expect to get citrus as well, so I think they will work pair well with the Galaxy.

Posted below are some of my brew day photos.  A great thing about brewing in the winter is I was able to cool my wort down afterwards in the snow!

I will report back during the rest of this process up until the first pint is poured from the Keg.