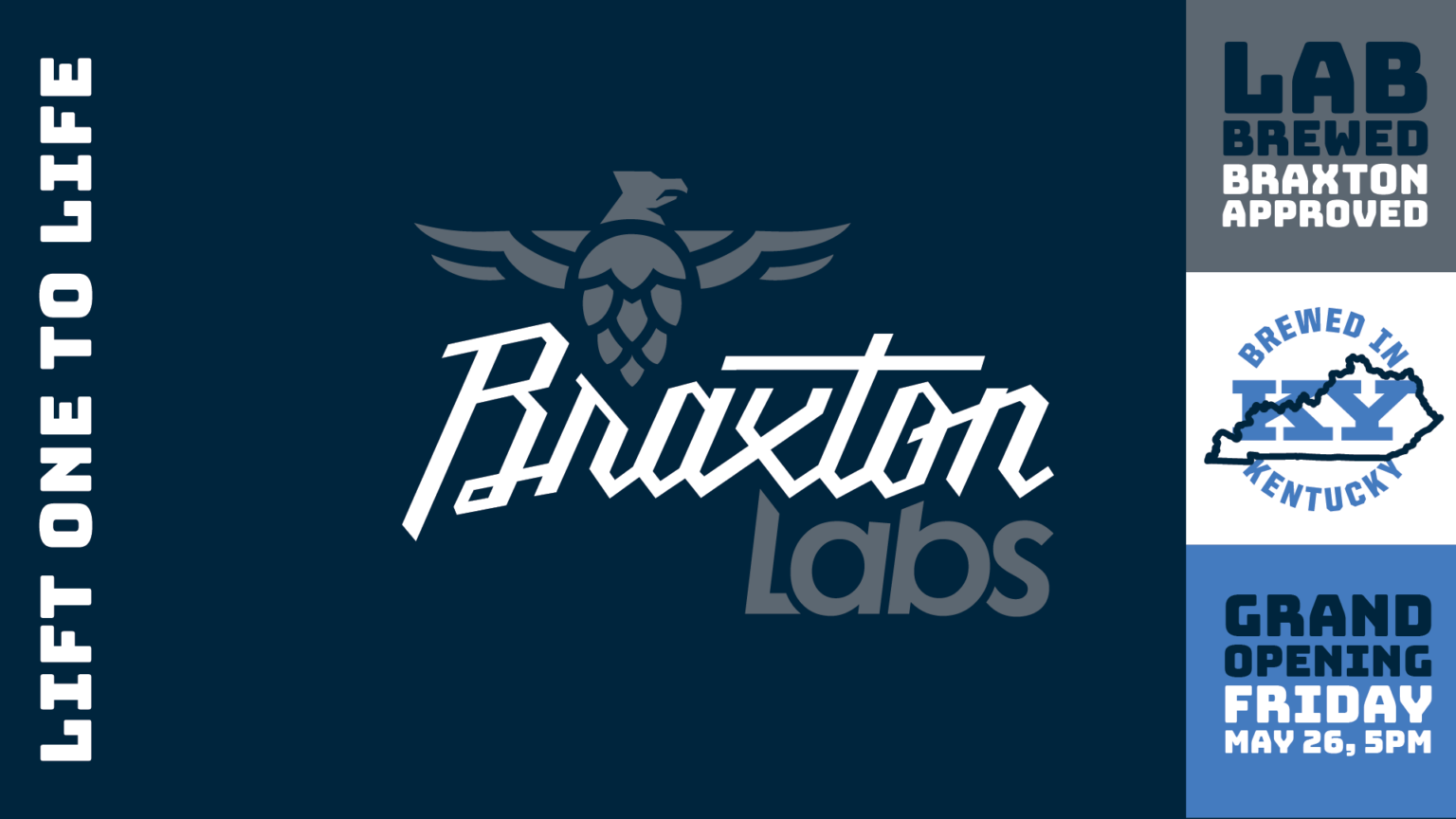 Braxton isone of our favorite brewers in Kentucky, and if you are not familiar with them, check out our podcast interview with them here.  We hope to see more barrel aged and sour experiments at this soon to be opened Lab. Also of note, Braxton Labs will be located inside The Party Source, with whom we collaborated with for the first ModernThirst Barrel Pick: the delicious ‘Ghost Barrel’ of Knob Creek 120.

COVINGTON, KY [5/18] – Braxton Brewing Company is excited to announce that Braxton Labs will host a Grand Opening Party on Friday, May 26 at 5pm. Braxton Labs is a facility dedicated to innovation. This brewery and taproom is located at 95 Riviera Dr., in Bellevue, Kentucky in the space previously occupied by Ei8ht Ball Brewing.

“It’s hard to believe we’re finally able to open these doors. When our leadership team sat down to discuss a future where we had nearly 2,000 barrels of capacity to dedicate solely to innovation, every aspect of the company was thrilled,” said Jake Rouse, Co-Founder and CEO at Braxton Brewing Company. “This space will be home to beers that are both on and off trend, educational experiments for the curious craft beer drinker, collaborations across multiple categories, and so much more. Simply put, creativity will be the lifeblood of Braxton Brewing Company for years to come, and Braxton Labs will be the dedicated home to those projects!”

Braxton Labs will be used by the brewing company as a facility to innovate, experiment and create new products and styles. It will also feature a taproom with 40 taps that celebrate some of the most unique beers in the category made both here in the US and abroad. The facility will capture the spirit of the garage where Braxton was born. It’s there, on Braxton Drive in Union, Kentucky, where the dream of Braxton was built off of the creativity and innovation of a young homebrewer — Evan Rouse.

“From day one, we set out to open Braxton with a commitment to what we deemed ‘multiplicity.’ Multiplicity is the idea of a wide portfolio of extremely well done styles, both recognized and unrecognized,” said Evan Rouse, Co-Founder & COO at Braxton Brewing Company. “With the addition of Braxton Labs we will have an unlimited ability to innovate, imagine, and explore. We will do everything from pushing the envelope on new styles to creating our own, and we couldn’t be more excited.”

The first beers available from Braxton Labs will be a New England IPA, Cherry Saison and a Coffee Vanilla Milk Stout. Three other Braxton Labs beers are currently fermenting and may be ready for the Grand Opening Party. Follow Braxton Labs on Untappd (https://untappd.com/v/braxton-labs/6207591) for an up-to-date taplist. These beers will be joined by guest taps from local, regional, national and international breweries. The full list will be revealed next week.

Braxton Labs was created by Braxton’s appetite to further invest in innovation. While production continues to increase at its Covington headquarter location, the brewing company will craft small, 15-barrel batches that reflect the creativity of the company’s talented brewing team at Braxton Labs. These beers will be served at Braxton Labs and a limited amount will be available in distribution and eventually, packaged product.

“This is an exciting time here at Braxton,” said Zac Boehnke, Lead Innovation Brewer at Braxton Brewing Company. “With production in full swing at our Covington facility, Braxton Labs gives our team the opportunity to create new and exciting beers, explore various styles and traditions, and educate new and seasoned craft beer drinkers alike. Every batch that comes from this facility will be unique – driven by our passion for experimentation, research, and quality.”

To learn more about Braxton Brewing Company, visit their website.