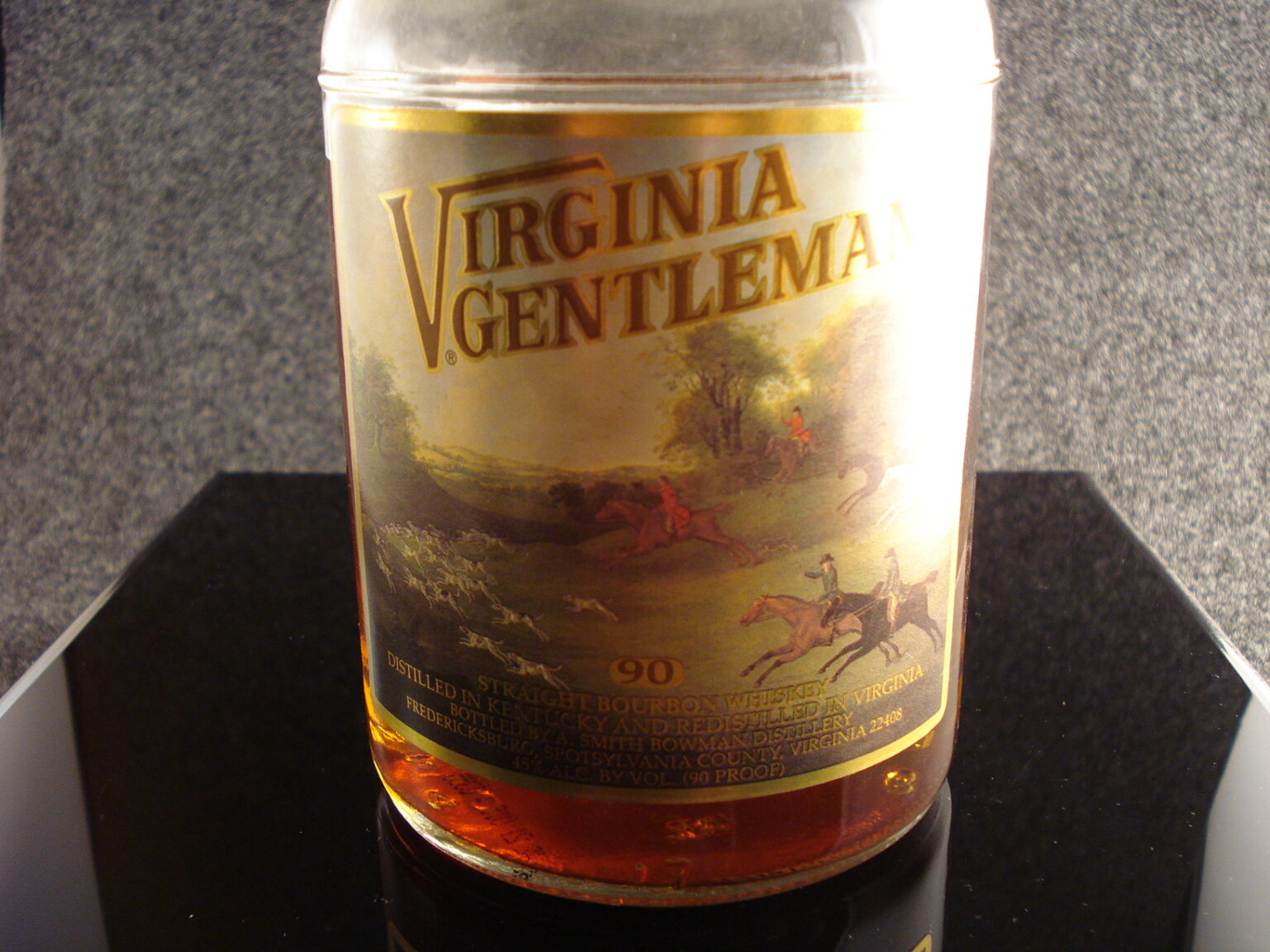 I wouldn’t recommend buying this unless you really need to see what a bourbon with some pseudo-Virginia roots tastes like.

This is a bottle that’s been at the back of my liquor cabinet for quite a few years.  As I’m running out of room for new bottles, I thought it was time to clear out a few of the older items.  I received this particular bottle as a gift during the summer of 2007.  I opened it some time later, and sort of forgot about it.  So bear in mind that this bottle has been open for a number of years.

Virginia Gentleman is a produce of the Smith Bowman Distillery in Virginia.  The distillery is owned by the Sazerac Company out of Louisiana, which is also the parent company for Buffalo Trace.  Smith Bowman was founded in 1934, and acquired by Buffalo Trace in 2003.  Since then, the initial distillation of the product has been completed at the Frankfort, KY Buffalo Trace facility.  It is then shipped off to Smith Bowman in Virginia and re-distilled, aged, and bottled in Virginia.  Hence, this is not a “Kentucky” bourbon, but is still a Straight Bourbon Whiskey.  This Small batch version is bottled at 90 proof. 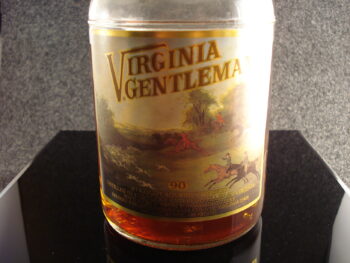 The Small batch version is bottled in rounded bottles with long necks.  The top is coated in gold wax, covering a screw top.  The labels for Virginia Gentleman have been a source of controversy in the past, but the current small batch label depicts a fox hunt.  I certainly wouldn’t place this bottle front-and-center of any bourbon collection.

The bourbon pours surprisingly dark into a Glencairn for tasting.  It is deep amber.

There is a little vanilla on the nose, and a touch of oak.  This may have mellowed over time, as the bottle has been open for several years now.  But there doesn’t appear to be a great sweetness on the nose.

This is a mild whiskey, especially after essentially decanting in the bottle so long.  There is a note of corn and light butterscotch on the tip of the tongue, which gives way to some tannins and oakiness at the end of the tasting.  The oakiness is subdued, again, this could be the result of the length of time it has been open, but what oak there is tastes like new oak to me, rather than aged wood.  The overall impression is light-bodied, semi-sweet, pretty standard fare.

Very short.  Some slight peppery sensations on the back of the tongue linger along with a fading bitterness that begins to dissipate as soon as the bourbon leaves the mouth.

It’s really hard to adequately judge something that has been open 3-4 years already, and that’s a big reason I haven’t posted any reviews on this to date.  But I did drink it, and there may be a reader or two interested in my impressions.  If not, feel free to scour our bourbon review archives for other reviews.

Virginia Gentleman is not a particularly flavorful bourbon.  It’s not offensive, as some bottom-shelf bourbons can be at times, but it’s also not memorable.  It wasn’t particularly great when the bottle was opened, and it certainly isn’t any better today.  But it has a small dedicated following.

I wouldn’t recommend buying this unless you really need to see what a bourbon with some pseudo-Virginia roots tastes like.  Ultimately, it’s like a less interesting standard Buffalo Trace to me. 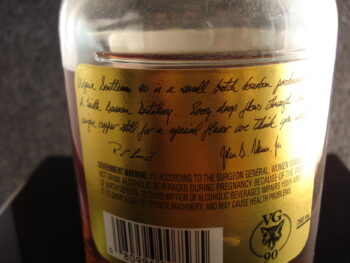