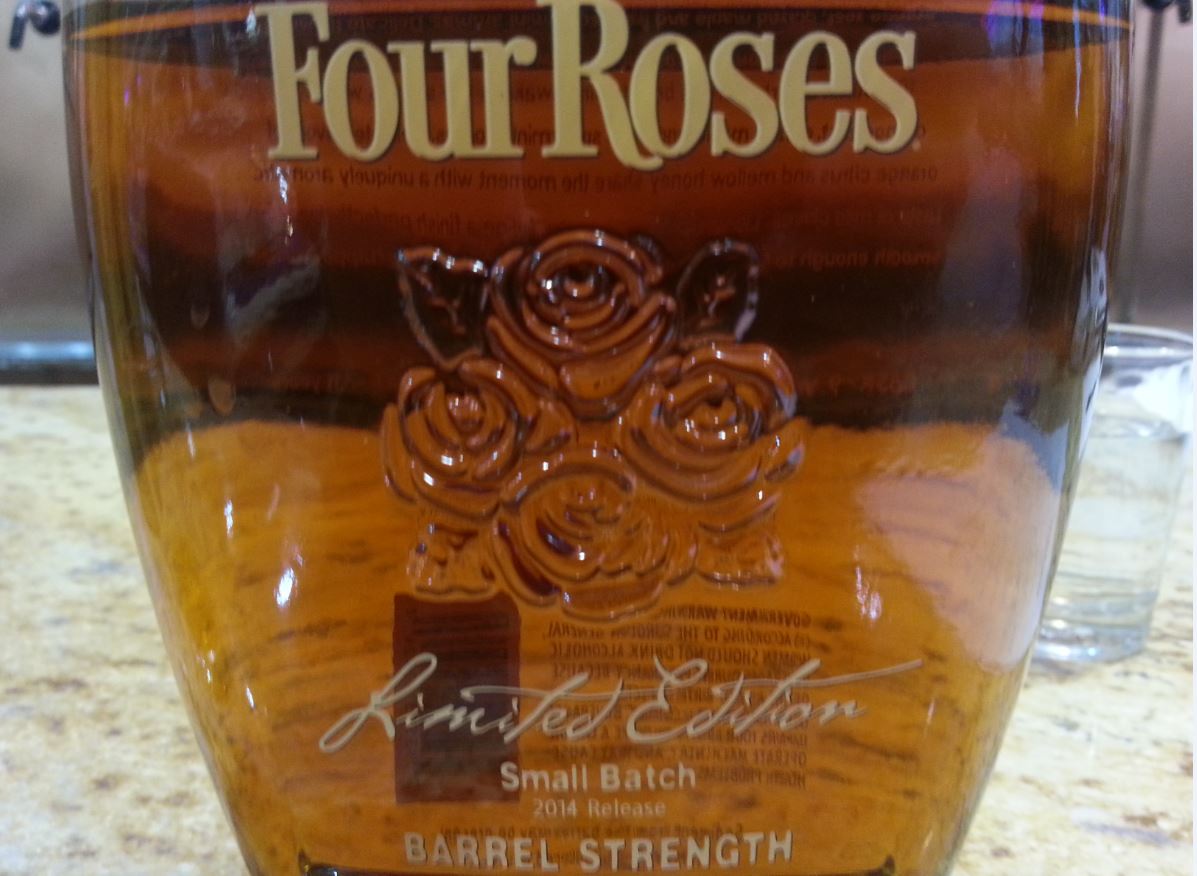 2014 brings some great Four Roses spice and a mild dose of the trademark potpourri essence on the finish. As a stand-alone offering, it's truly a great bourbon. I'd still love to have a cabinet full of these at home to drink as often as I liked. Even at the $100 price point, it's a good buy, and one that you won't regret making. 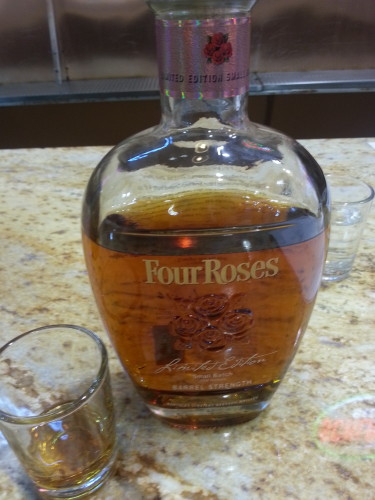 The Limited Edition Small Batch release from Four Roses has been amongst the better bourbons released each year for the past three years, culminating with the 2013 release of the 125th Anniversary edition that knocked the socks off of many reviewers, including myself.  This year’s release comes in at a much lower 103.2 proof (2013 was 111.8 proof) and much lower age (2013 ranged from 13 years to 18 years).

The 2014 bottling includes whiskey from four different vintages of Four Roses recipes.  While the percentages of each are not released, the four recipes and their respective ages are:

Hints of bananas and peaches with mild caramel and cinnamon.  There is a fresh oak hint as well.

Plenty of sweet spices such as cinnamon and cloves greet the tongue, but it quickly is replaced by citrus and orange in the middle of the mouth.  The oak makes an appearance at the end, but it does not taste overly aged or woody.  it coats the tongue well, feeling thick and viscous on the mouth with just enough burn to tickle the taste buds. 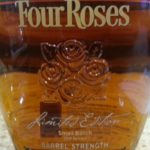 Medium to short in length, the spice continues a bit, with a hint of mint and licorice.  Orange peel, lemon zest, and dry fresh oak finish out the experience with just a hint of floral essence.

It’s easy to compare this to previous releases of the Limited Edition Small Batch and find it a bit wanting.  This isn’t the most complex of Four Roses offerings.  But it’s important to review it based on its own merits, not necessarily by comparing it towards past iterations of the whiskey, many of which rank amongst the best bourbons bottled in the past 3-4 years.  This one is a very good bourbon.  2014 brings some great Four Roses spice and a mild dose of the trademark potpourri essence on the finish.  As a stand-alone offering, it’s truly a great bourbon.  Compared to previous releases, it’s younger, less powerful ,and the flavors seem just a bit muted. But I’d still love to have a cabinet full of these at home to drink as often as I liked.  Even at the $100 price point, it’s a good buy, and one that you won’t regret making.