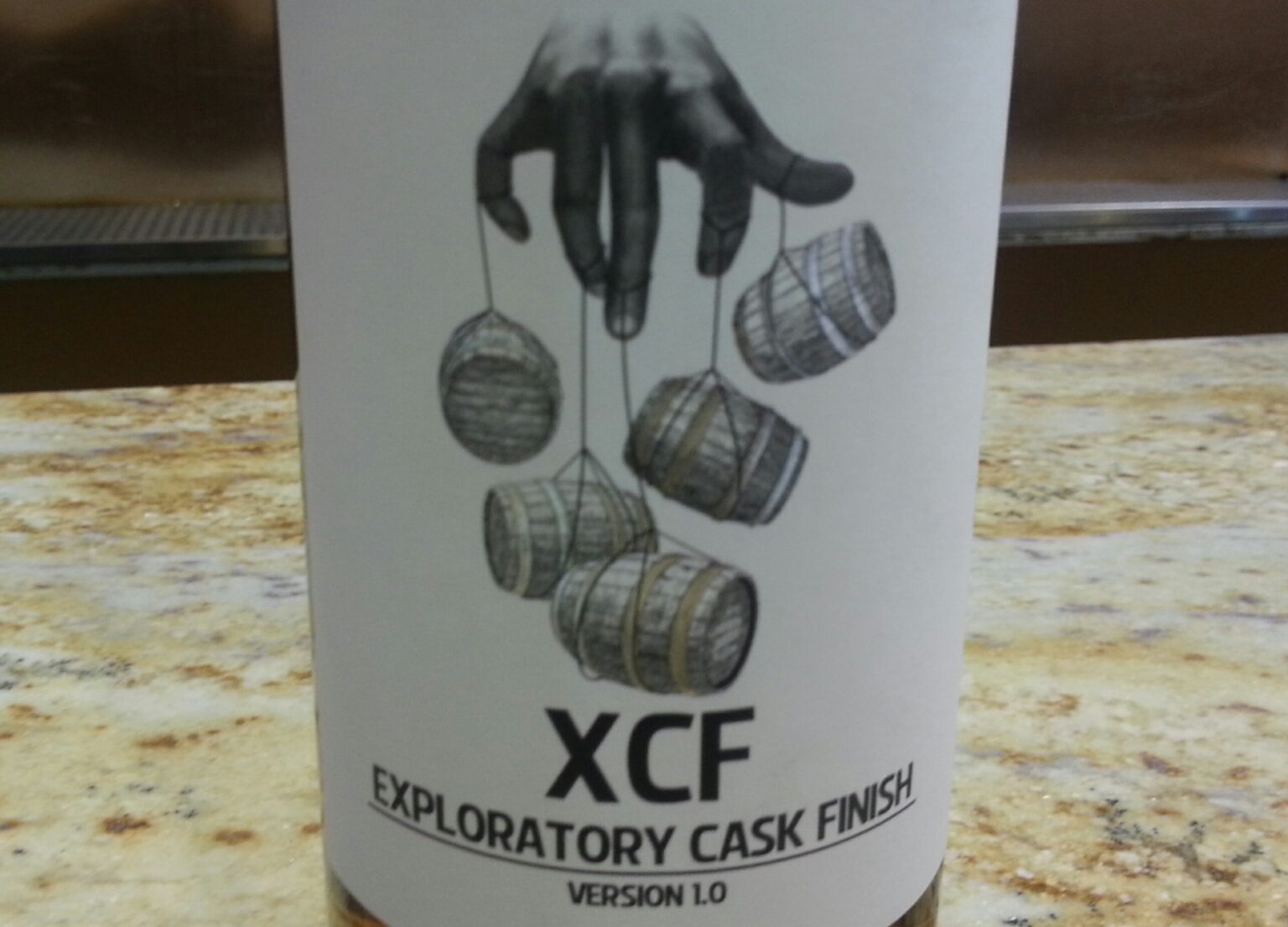 This feels like a liqueur crying out to be used in a cocktail rather than sipped neat, and for $150, it may price itself out of that market. 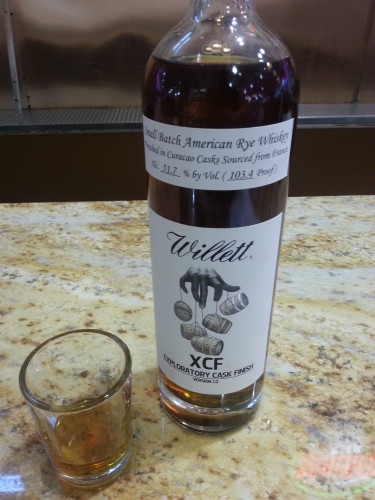 Willett Exploratory Cask Finish (XCF) is an experiment by the folks at Willett in which their standard sourced rye whiskey (produced in Indiana by MGP) is aged an additional 90 days in Curacao barrels.  This is much in line with many other distillers and producers who have been experimenting lately with sherry and port barrels (Angel’s Envy, Jim Beam) and even wine barrels (Woodford Reserve).

Like most Willett Family Reserve bottling,s this is a tall, sloped shoulder bottle with white label.  The XCF logo of a marionette-themed bourbon-barrel puppet thing is striking, and attractive.

The first and last thing you’ll smell on this is orange, and orange bitters.  It’s very strong, very sweet.  But there are some notes of oak as well.  There is an underlying white-dog scent to this that is a bit puzzling.

Boom!  those sticky-sweet orange essences hit the tongue immediately in a viscous, mouth-coating rush.  There is plenty of simple syrup to follow up with that, with some rye spices and caramel flavors pulling up the rear.

Like the nose, there is a strange undercurrent of white dog in this, as if it just isn’t quite finished aging.  That’s weird, as this is a 7 year old rye before it ever hits the curacao barrel, so it’s certainly not young for a rye whiskey.

This left me wanting a little bit more.  For one, the orange bitters and rye didn’t mesh all that well.  It’s not bad, it just feels like it’s competing too much with itself.  It’s a touch unbalanced.  That being said, it’s also too strong.  This should have been bottled at about 90 proof.  A splash of water confirmed that for me, though it dulled the orange flavor just a bit.  That could explain the white dog sensation I got on the nose and finish.

Ultimately, this is an interesting experiment from Willett, and it’s worth a try, as reviews seem to be all over the board with this one.   For me, it’s just a little too unbalanced to give a solid recommendation, but it’s not a complete whiff on Willett’s part.  I’m sure this style will have its fans just the way it is.  This feels like a liqueur crying out to be used in a cocktail rather than sipped neat, and for $150, it may price itself out of that market.