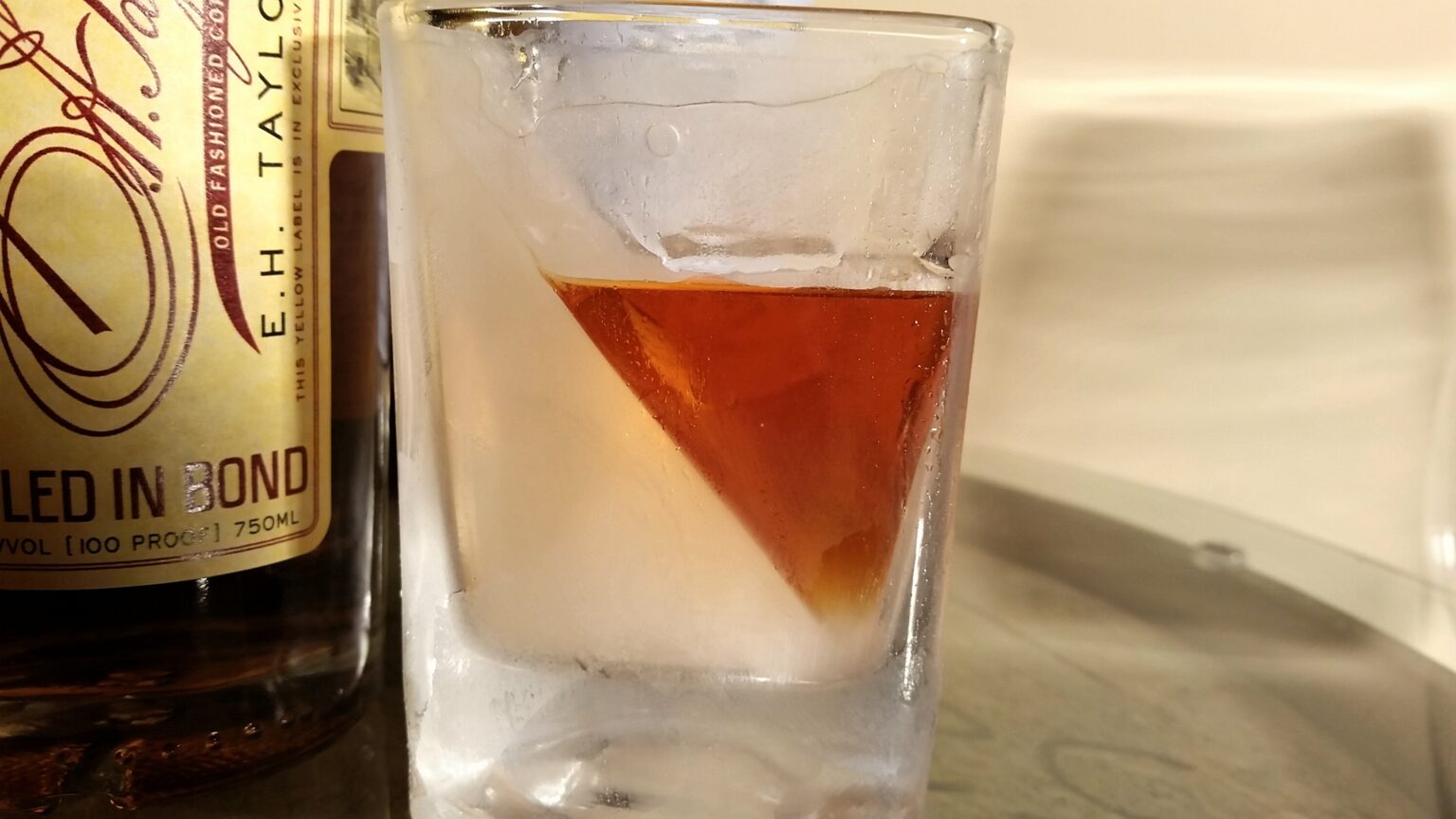 By now, you’ve probably read any number of reviews and recommendations about glassware and whiskey accessories here and on other whiskey-related sites and blogs.  We have another one for you.

Thanks to the good folks at The Prickly Pear in Louisville/Middletown, KY, we had the chance to test out the Whiskey Wedge by Corkcicle.  Corkcicle markets a number of different drink-related awesome-named products including the Vinnebago, the Chillsner, and the Decapitator. 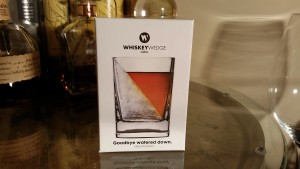 The Whiskey Wedge is the latest in liquor-chilling products that began with whiskey stones and flowed up through the massive ice spheres and oversized ice cubes we’ve reviewed and recommended before on this site.  And the concept of the Whiskey Wedge is not all that different from the large cubes.  In fact, that’s basically what it is.  It’s a square rocks glass with a silicone wedge that fits into the glass.  When the glass is filled with water, and the wedge is inserted, it forces the ice to freeze in a large wedge shape, which provides a very interesting looking, and fairly functional, way to keep your whiskey or cocktail (or vodka and other liquors, but we don’t talk about those things here) chilled with minimal watering down of the drink due to melting ice.  The large ice cube concept has some merit.  More surface area + larger cube = slower melting but maximum chilling of the drink inside.

So how did I like the Whiskey Cube?  Here’s the rundown: 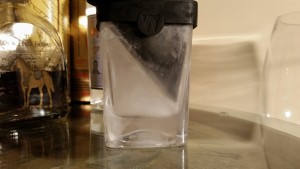 I filled the glass with water to the fill line the previous night and inserted the silicone wedge before placing it in the freezer  as per the instructions. (Do we really need instructions here?)  As you can see at the left, the ice did indeed freeze as intended.  The glass itself is heavy and well made, which is an absolute necessity for any rocks glass I would ever drink from.  I can’t stand dainty, delicate rocks glasses.  This didn’t let me down.

Removing the silicone insert was easy, and it left the ice exactly as pictured on the marketing materials.  Again, this isn’t 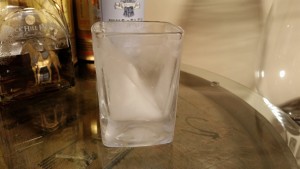 rocket science, so I expected nothing less.  But there is always the chance that the product would be poorly designed, and the wedge wouldn’t come out of the glass easily.  That’s not the case here.  It popped out rather easily.

The next step is pretty obvious, right?  Add some bourbon.  As a guy who normally doesn’t drink bourbon over ice, I wanted something with a little oomph in order to properly retain its flavor as it chills.  I chose Colonel E. H. Taylor Single Barrel.  It’s 100 proof, and the bottle I’m currently opening has an ever so slightly bitterness to the finish that ice or water calms.  It seemed to be the perfect choice. 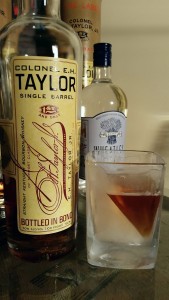 As you can see, the whiskey separates perfectly.  There’s no “run through” around the ice to kill the aesthetic.  It looks pretty much exactly like pictured on the box.  I’m impressed. 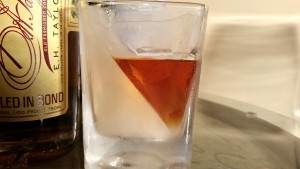 The all-important drink test went well.  I learned quickly that there is one big advantage the Whiskey Wedge holds over all the other large cubed products:  The ice is frozen to the bottom of the glass.  It doesn’t flop around in the whiskey, hit you in the teeth or nose when you tun the glass up, or anything annoying of that sort.  It stays put in the bottom of the glass.  Big plus there.

40 Minutes into my drinking, it was still frozen to the glass, and there was minimal melting:

It wasn’t for another 10 minutes that the ice finally melted enough to detach from the glass and become just another big ice cube.

Large cubes have advantages over smaller ones.  The Spheres are a neat looking alternative.  The Whiskey Wedge takes it to a whole new level of fun.  It looks cool, works great, and will be a great conversation piece when you have guests over.  So I have to admit, if drinking whiskey chilled is your thing, check these out.  They can be purchased locally and online from the Prickly Pear  (link), for $16.99.  If you happen to stop in at the Prickly Pear, tell them ModernThirst.com sent you! 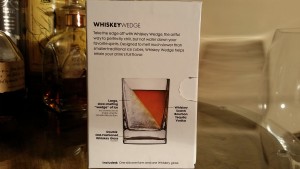