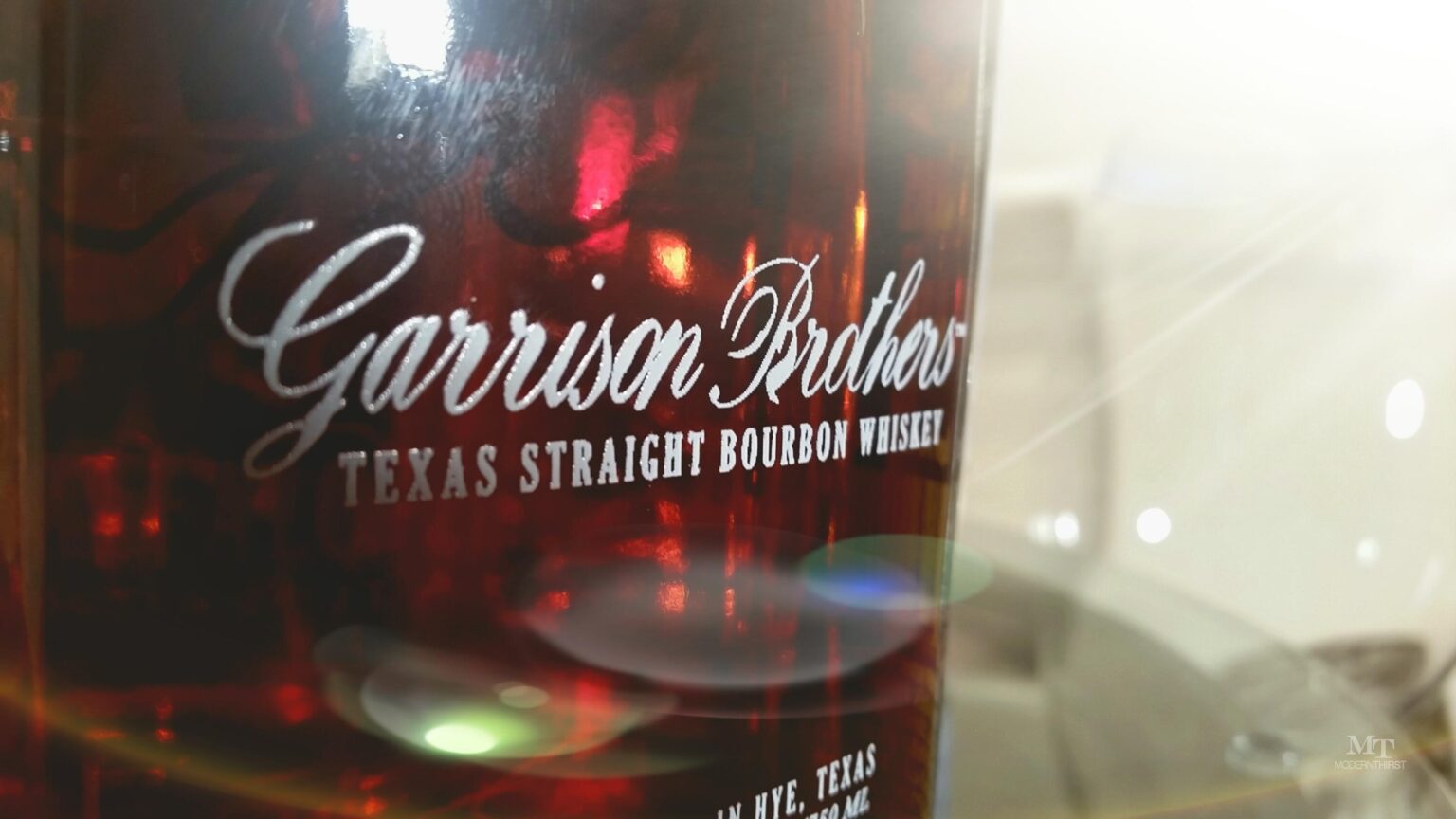 There are hints of all the flavors you'd want in a bourbon: vanilla, oak, spice, etc. But all of those are dominated by the heavy young corn and young alcohol undertone that overshadows most of the experience. This shows definite promise, but at anywhere from $70-$100 in stores, I'd wait on a 4-5 year product without trying this at a bar first. 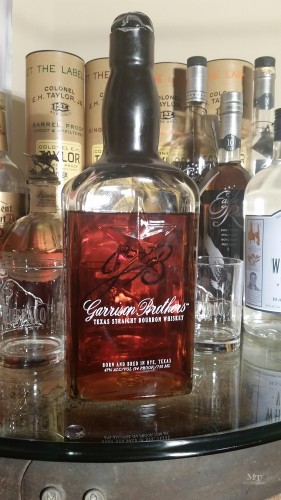 A common misconception amongst novice bourbon drinkers is that all bourbon is made in Kentucky.  Recent newcomers and established sourcing distillers have quashed that notion altogether in recent years.  From large “macro” distillers such as Midwest Grain Products, in Lawrenceburg, IN to Hudson Whiskey out of New York, we’re learning that true craft distilling can come from anywhere.  Garrison Brothers, out of Hye, TX, first began distilling in 2008, and has since released a number of bourbons on the market, most in twice-a-year vintages divided by spring and fall seasons.

The Garrison Brothers bourbon, under the eye of owner Dan Garrison, uses a pot still originally made for Wild Turkey, and uses locally sourced corn as well as estate grown wheat in the mash bill.  This is a high-corn mash bill, though exact details are not available, it is generally though about 3/4s of the recipe to be made up of corn, which receives a great deal of attention in the marketing and production of Garrison Brothers.  You will see information about the corn used prominently featured on marketing materials and on the bottles themselves.  The distillery also focuses on locally grown (estate grown) wheat as the secondary grain, along with sustainable, environmentally friendly practices such as collecting rain water to cut their bourbon to proof.

The bulk of the bourbons Garrison Brothers have produced are fairly young, by bourbon standards, with a typical age statement of only 2 years. The bottle reviewed here is a fall 2013 release, aged two years, and bottled at 94 proof. 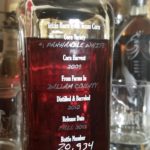 Garrison Brothers is packaged in a solid, square-shouldered bottle with black wax and a prominent Texas star embossed in the glass.  The labels are screen printed, and the side of the bottle contains vintage-specific information such as bottle number and the type and source of the corn used in the production of the bourbon.  It is, in my opinion, an exceeding attractive package for the bourbon, and fitting a bourbon in this rather high price range.  The information on the side may be important to only a portion of bourbon drinkers, but in today’s climate, we have to applaud producers who provide more information, rather than obscuring it. 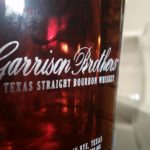 Copper and brown dominate the glass.  This is a much darker bourbon than one would expect for a liquor aged only 2 years.  There is some discussion about the extremes in weather in Texas versus Kentucky leading to a faster aging process.  I cant’ comment on the veracity of that claim, but the color on this is definitely darker than most 2 year bourbons.

Initially, there’s a heat on the nose here.  The corn is very prominent from the start, which I believe is the intent of the distillers.  But that is backed up by oak and an extremely strong finish of cinnamon red hot, akin to (don’t hate me for saying it) Fireball Whiskey.  A fellow blind taster asked me if this was actually Fireball he was drinking.

Right off the bat, the tongue gets hit with youth.  There is a strong current of corn white dog on this one, which makes sense, given the age of the spirit.  That gives way to some young, sharp tannins and wood flavors with a mingling of burnt brown sugar and molasses.  That cinnamon aroma carries through to the tongue here, playing out near the back of the tasting.  There isn’t a great deal of vanilla or sweetness on this, yet, making it a little on the bitter side.

This one is a bit thin in terms of texture, again, largely due to its age, and a slightly acrid, bitter cinnamon flavor permeates the finish, which is short to medium in length.  There is still plenty of corn on the tongue throughout.

This bourbon really wants to be Knob Creek Single Barrel.  It has the cinnamon red hot nose and finish to it in spades.  But it has extreme youth and lower proof working against it.  All in all, this isn’t the best sipping bourbon for me.  It isn’t without merits, as the corn profile is interesting and those who love a great deal of corn in their liquor will like that aspect.  But it just feels unfinished to me.  There are hints of all the flavors you’d want in a bourbon: vanilla, oak, spice, etc.  But all of those are dominated by the heavy young corn and young alcohol undertone that overshadows most of the experience.  This shows definite promise, but at anywhere from $70-$100 in stores, I’d wait on a 4-5 year product without trying this at a bar first.