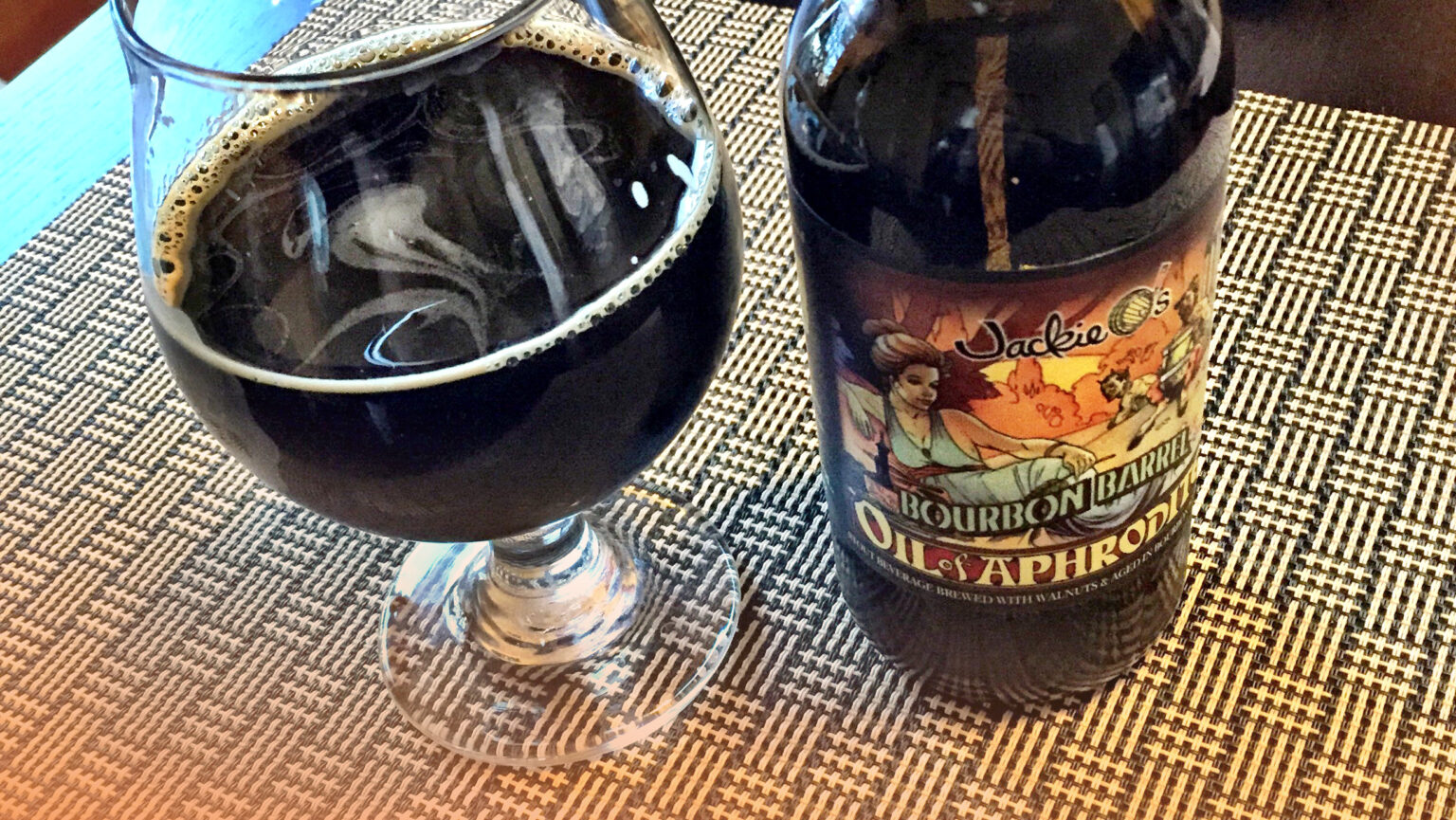 Not so long ago, goodies like these were available at Jackie O’s public house and brewpub only, or as one off bomber releases. Even when they started canning and distributing, their choices for mass production seemed appropriately “everyday” beers. But in the last year, Jackie O’s introduced and quickly ramped up production of specialty beers in 375ml bottles. Now we no longer have to trek to Athens to sample such delights as Dark Apparition RIS, Brick Kiln barleywine, and Oil of Aphrodite imperial stout – and all of their barrel aged versions as well.

I am a fan of breweries getting experimental with barrel aging. In addition to the standard bourbon barrels, in recent years we’ve seen beers aged in barrels that originally held tequila, rum, wine, sherry and more. I got a chance to try the rum barrel aged version of Oil of Aphrodite, and I thought the rum bite was a bit too sharp, and contrasted the natural flavors of the beer. I longed to try a version with just good old bourbon. And luckily, just a couple months later, my wish has been granted.

Bourbon Barrel Aged Oil of Aphrodite is Jackie O’s on top of their game. The base beer is an imperial stout brewed with walnuts, which works better than you might guess. The nutty flavor in addition to the roast backbone is nice but maybe a bit too prevalent in the regular Oil of Aphrodite. This BBA version adds a rich, velvety whiskey taste that helps subdue the nuttiness. In fact, the aroma of the beer is nuttier now than the taste itself. I tasted oak, chocolate, roast and nuttiness, in that order, with a nice subtle bourbon burn and a lingering sweetness. The mouthfeel seems thinner than their other stout powerhouse, Dark Apparition, but it certainly didn’t take away from the unique experience of this beer. Speaking of Dark Apparition, I have to say I prefer it slightly over Oil of Aphrodite (it is among the best Russian Imperial Stouts anywhere), though it may be a case of apples and oranges – both beers are unique and worth picking up if you come across them.