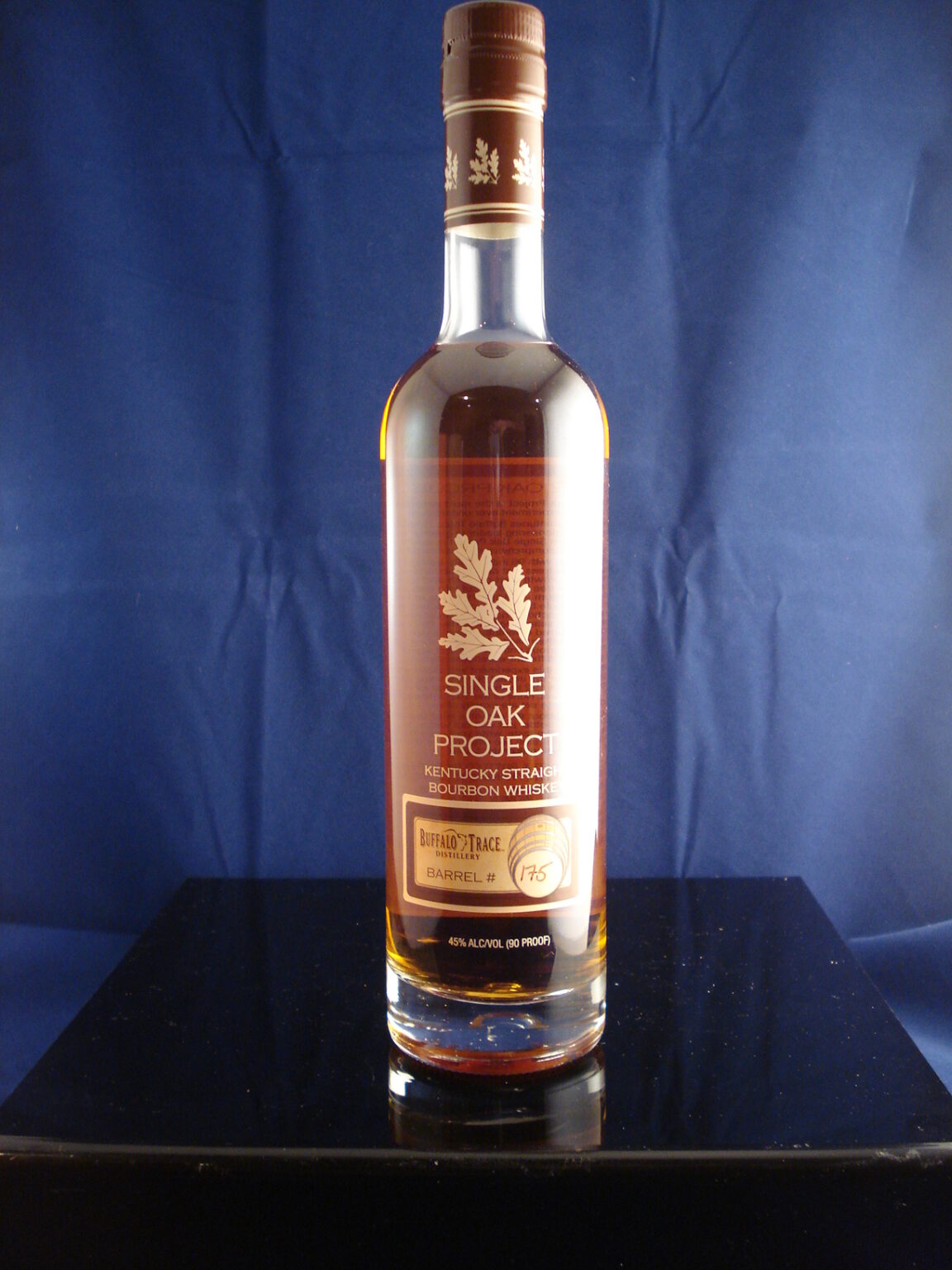 FRANKFORT, FRANKLIN COUNTY, KY (June 18, 2015) – The public has
spoken and Single Oak Project Barrel #80 has been chosen as their favorite bourbon,
while Buffalo Trace Distillery has gained a wealth of information through this research,
such as how entry proof, wood grain, and even the cut of the tree can affect the taste of
bourbon.

Over the past four years, Buffalo Trace Distillery has been incrementally
releasing 192 different bottlings of the Single Oak Project Bourbon and asking whiskey
enthusiasts to vote on their favorite at www.singleoakproject.com. The ambitious goal of
this research was to create the perfect bourbon, based on feedback from bourbon
drinkers. In total, 5,645 people participated in the Single Oak Project which collected
5,086 unique whiskey reviews. On average, each of the 192 whiskies was evaluated 26.2
times.
The Single Oak Project is part of an intensive research project Buffalo Trace
Distillery started back in 1999 by hand-picking and harvesting 96 individual oak trees
with varying wood grains. Each tree would yield two barrels, one from the top half of the
tree and one from the bottom, 192 unique barrels in total.

Seven different variables were studied over the course of the project: recipe
(wheat or rye); entry proof (105 proof or 125 proof); stave seasoning (six months or 12
months); grain size (tight, average, or coarse grains); warehouse (concrete floor or
wooden rick floor); char level (number three or number four char); and tree cut (top or
bottom half of the tree).
The winning bourbon from Barrel #80 was a rye recipe bourbon, entered into a
barrel made from oak harvested from the bottom half of the tree with staves seasoned for
12 months. The grain size of the wood was considered average and the barrel received a
number four char inside. The whiskey entered the barrel at 125 proof and was aged in a
concrete floor warehouse. All of the Single Oak Project bourbons were aged for eight
years.
Along with helping to select the perfect bourbon, the online reviews provided
invaluable whiskey research. For example, bourbons that produced the best aroma were
made with a wheat recipe, entered at 105 proof, and aged in barrels whose staves
seasoned for six months, in wood made from the bottom half of the tree. If flavor is your
most important factor when picking a bourbon, then the research shows barrels made
from the bottom half of the tree were a safer bet. And for those looking for the smoothest
finish, a bourbon aged in barrels from (again!) the bottom half of the tree, but with a
number three char and 9 tree growth rings per inch scored the highest. It is important to
note these results are not intended to speak for the industry and only pertain to Buffalo
Trace Distillery’s whiskeys.
“The knowledge gained from conducting this research experiment is priceless,”
stated Mark Brown, president and chief executive officer of Buffalo Trace Distillery.

“We can now compare and confirm how each of these variables in the bourbon making
process affects the finished product, which will only refine our experimental program and
help us create even better whiskeys in the future.”

Buffalo Trace Distillery is now making plans to start producing the winning
formula from Barrel #80, for future batches of Single Oak Bourbon. Only one frustration
remains, this can’t happen overnight. The oak must be harvested, staves dried for 12
months, and then the bourbon must be aged for eight years. Mark your calendars for the
year 2025!

“We are flattered and thankful that so many whiskey connoisseurs took the time
to participate in this experiment,” said Bourbon Marketing Director Kris Comstock.
“Although we’re not quite sure how the tree loggers plan to harvest wood solely from the
bottom half of the trees, we’re eager to get more barrels and start producing more of the
winning Single Oak Project bourbon!”