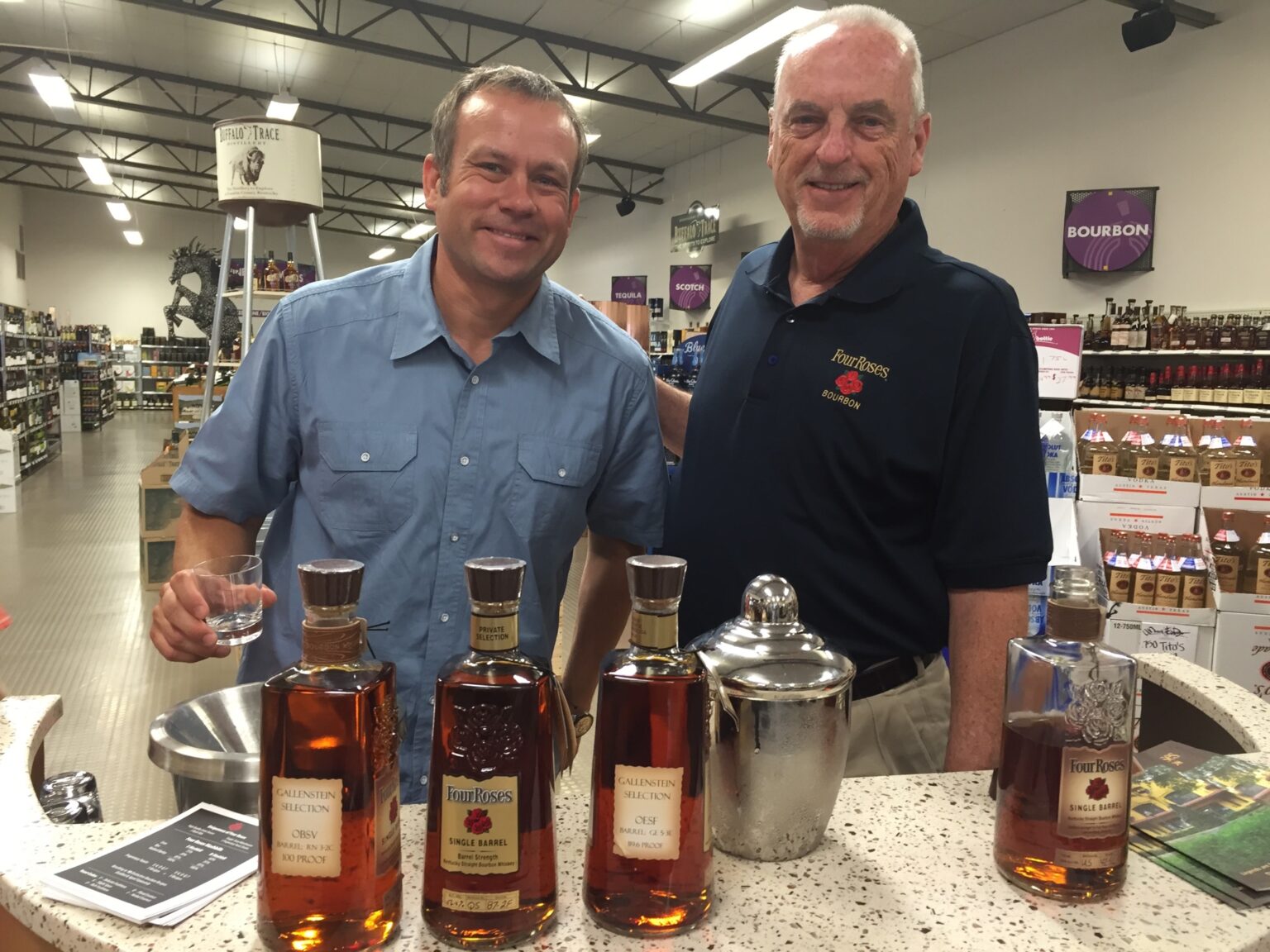 Jim Rutledge, Master Distiller of Four Roses, announced today that he will be retiring on September 1st of this year.  Truly the rock star of the bourbon industry, Jim is a down-to-earth and knowledgeable guy who is responsible for the re-emergence of Four Roses into not only a major domestic label, but also the cutting edge leader of the American Bourbon Boom.  We named him our 2014 Distiller of the Year, and for good reason.  Everything Rutledge’s distillery has produced in the past few years has been gold.

Best wishes in your future endeavors, Jim, you will be missed!

Jim is in his 49th year working in the Bourbon business with Seagram and Four Roses, and he has been Master Distiller at Four Roses for more than 20 years. His passion, enthusiasm and loyalty for Four Roses Bourbons and the distillery employees and staff were instrumental in returning Four Roses Bourbon to the USA after spending more than 40 years in European and Japanese markets only.

In 2001, Rutledge was inducted into the inaugural class of the Kentucky Bourbon Hall of Fame. He was given a “Lifetime Achievement Award” by Malt Advocate Magazine in 2007, and in 2008 Whisky Magazine named him “Whisky Ambassador of the Year – American Whiskies.” In 2012, Whisky Magazine also named Jim to its Icons of Whisky Hall of Fame, for global whiskies. He was the 2nd American inducted into this elite group of whisky makers.

When asked about retirement and what may lie ahead, Rutledge stated that his passion for the Bourbon industry, and especially Four Roses, will never diminish, and he went on to say he plans to stay involved in the industry he loves in so much – perhaps including various roles as Four Roses’ Master Distiller Emeritus.

Four Roses is the only Kentucky Bourbon Distillery to use 5 proprietary yeast strains in combination with 2 mashbills to distill and age in new white oak barrels 10 unique Bourbon recipes. Rutledge went on to say that nothing will change with his retirement, and Four Roses will continue producing the 10 Bourbons with the same loving care to ensure the continuance of the very mellow and smooth Bourbons as its consumers have become accustomed to finding with all its Bourbon renderings.

Rutledge announced, with his usual passion and enthusiasm, that Brent Elliott will replace him as Master Distiller. He went on to say: “With Brent’s knowledge of the Bourbon industry, the distillery process, and his passion for all facets of Four Roses Distillery operations, I have every confidence the growth of Four Roses Bourbons will continue under Brent’s leadership.”

Ms. Yoshida stated that she and the entire Four Roses team of employees wish to sincerely thank Jim for his many years of passion for the Bourbon he made for so many years and also the dedication and loyalty he exhibited throughout his career for the employees of Four Roses. “He will be missed as the ‘face of Four Roses Bourbon,’ but we now wish him much happiness and success in his retirement years. I am also excited to have the opportunity to work with Brent in his new capacity as Master Distiller.”