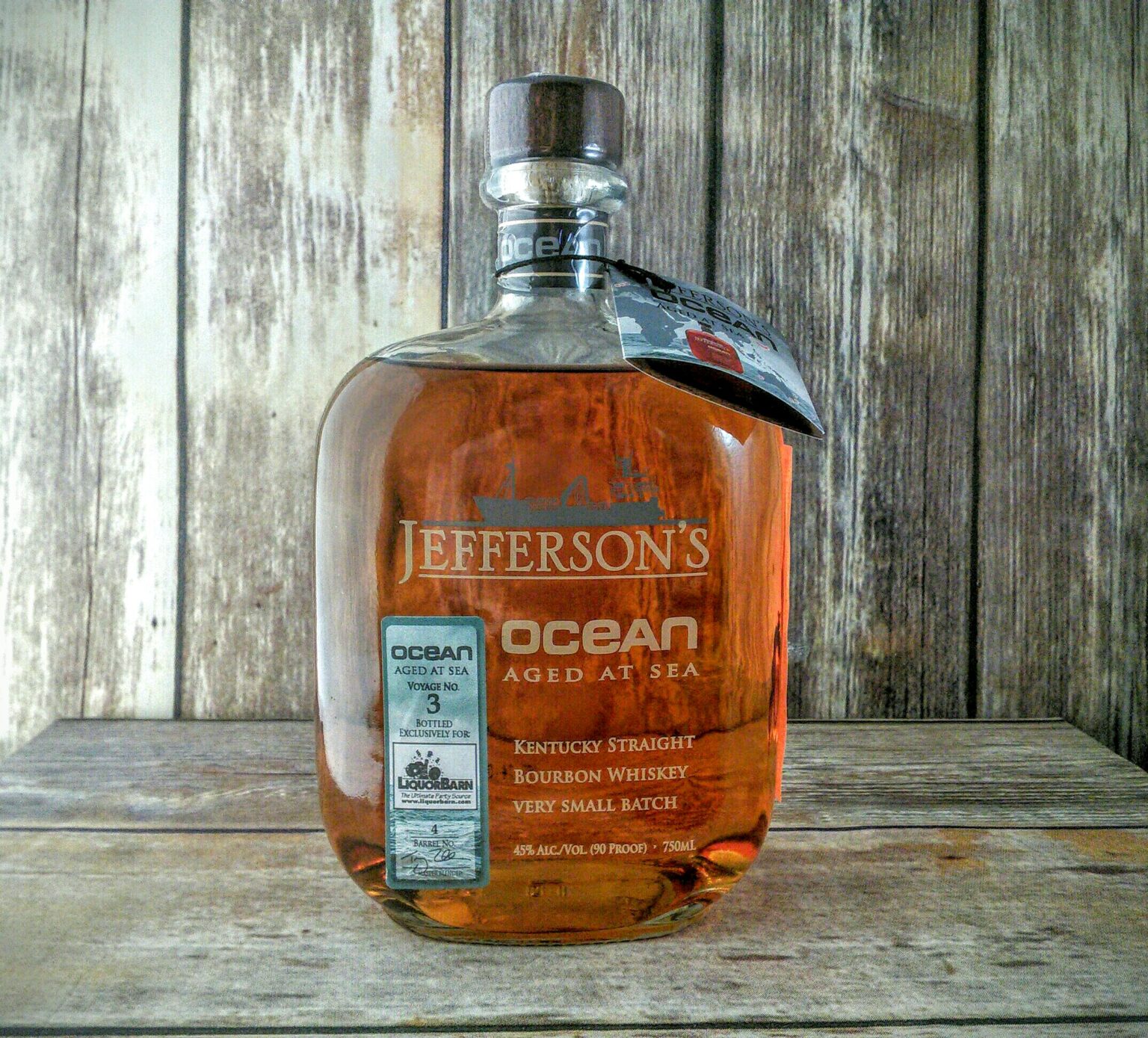 A solid bourbon with a better story, this is a unique whiskey. It's definitely worth a look for the story alone. The flavors are good, but not remarkable, given the price. 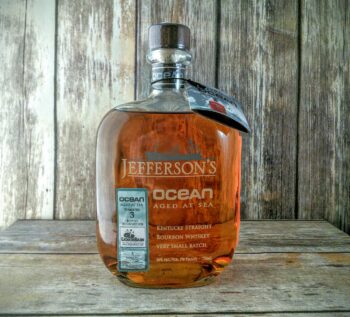 What happens when you put an already-aged barrel of bourbon on a ship, and send it around the world?  Does the sea air, the extreme latitude and temperature changes, and constant sloshing of the bourbon inside the barrel make a discernible or positive difference in the final product?  That’s the question Jefferson’s attempts to answer with their “Ocean” Series.  They take Jefferson’s bourbon and put it on a ship.  That ship sails around the world to 5 continents, crossing the equator multiple times, and eventually the bourbon finds its way back home to be bottled under the “Ocean” moniker. This bottle was from the 4th barrel selected by Liquor Barn, a big-box liquor retailer in Central Kentucky.  It is 90 proof.

Is this a legitimate aging technique or a gimmick?

That’s what we’re attempting to answer with our review.

I’ve tasted the two previous editions, or “voyages,” of Jefferson’s Ocean before.  Voyage 1 was very nice, and voyage 2 was a bit bland and generic.  How does voyage 3 stack up?  Read on.

This was a blind review. 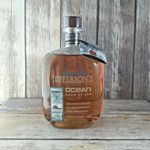 This is available in the standard Jefferson’s bottle, which is a nice handy size.  Think of it as a rounded-corners version of a Knob Creek or Woodford Reserve bottle.  The screen printed label is well done, and the voyage/selection-specific information is located on a sticker on the lower left front.  Very attractive. 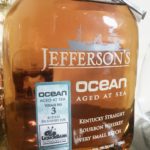 Medium amber, bordering on russet, this looks like a fairly well-aged spirit.  I would guess it to be in the 7-9 year range based on color.

I often see people say they detect saltiness in this bourbon.  I call BS on that one.  That’s the result of knowing what they’re tasting before they taste it.  Their brains are playing tricks on them.  There isn’t a hint of salt or brine in this at all.  It’s a sweet and woody on the nose with a ton of caramel and butterscotch. 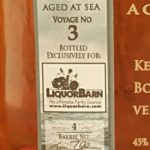 The initial taste is full of dark fruit notes: plums, raisins, black cherries.  That fades quickly into a spicy clove and vanilla experience with plenty of butterscotch and vanilla on the mid palate.  Plenty of oak and tannins on the back of the tongue make this seem like a well-aged spirit.

Medium-long in duration, the clove and cinnamon experience wins out with a healthy dose of spicy oak on the end.

Not exactly a flavor “bomb” as the nose indicated, it’s still a very pleasant sip with all the right bourbon flavors and a bit of dark fruit to boot.  I am not sure what I was expecting, but when the label was revealed and I found out I was drinking Jefferson’s Ocean, I was a little taken aback.  This seems like a fairly well crafted traditional bourbon to me, and I suppose I would have expected something with more a barrel-finished sort of profile.  Nevertheless, it’s a good bourbon.

So the final verdict: Is it a gimmick?  Sort of.  The ocean experience doesn’t impart any unique flavors to this.  There isn’t a saltwater taste or a “sea air” nose to it.  It is, however, a nicely crafted whiskey.  There can’t be any doubt that the time spent aging it at sea contributed to that final profile, so it can’t be called a failure by any means.  The real question on this comes down to whether you’re buying it for its unique story, or as a regular sipper.  At $69.99 to $84.99, as I’ve seen in stores, it’s going to be a tough sell as a sipper. But if you like to talk about the bourbons you’re sharing with guests, this is one of the better stories out there with a flavor profile that doesn’t disappoint.

(What does that score mean?)