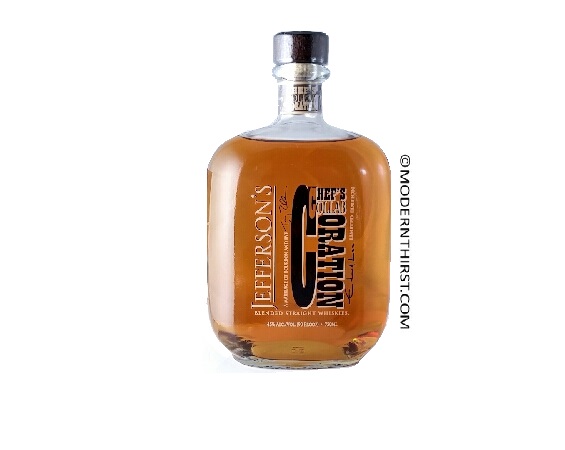 This is a whiskey that pairs well with food, particularly that of Celebrity Chef Edward Lee, who helped select the blend of straight bourbon and straight rye whiskeys that make up this offering from Jefferson's. And as that was the main goal, the whiskey is successful at least in that regard. However, on its own, this is nearly empty on the mid-palate, lacking any traditional bourbon sweetness and leaving the experience somewhat hollow on the tongue.

*Editor’s note: This was a blind tasting.  Notes regarding the packaging and label itself were added after tasting notes were compiled. 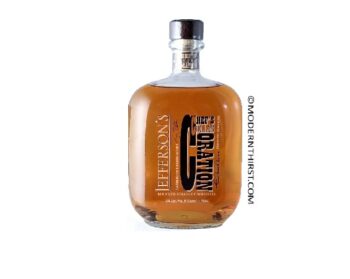 Simply put, this is a unique offering.  Jefferson’s Trey Zoeller and Louisville Celebrity Chef Edward Lee put their heads together with the intention of creating a blend of whiskey to compliment Edward Lee’s bold, spicy culinary flavors.  Thus was born “Chef’s Collaboration.”  It is a blend of 5, 8, and 14 year old bourbons and a rye whiskey. 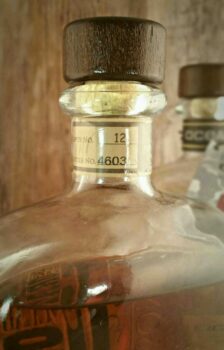 Very similar to the rest of the Jefferson’s Line, Chef’s Collaboration boasts a screen printed label on an attractive, rounded corner flask-like bottle.  One minor complaint:  It looks like “Chef’s Oration” due to the layout.  That’s minor.  It’s a nice bottle.

Slightly darker in color than Jefferson’s Ocean or Reserve, this leans towards the brown side.

Some black pepper and spice on the nose with underlying oak and vanilla.  Not a lot of sweet notes on this one, as it seems like a bit of a spice bomb. 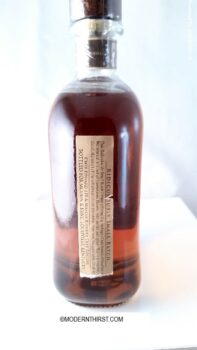 True to the nose, this starts out with a hefty does of black pepper and cinnamon spice and then…nothing.  Literally nothing on the mid palate.  Like water.  The back of the tongue gets some bitter oak and tannin from the barrel, as the age of the older spirit in the blend  begins to shine through, but there’s no further development of sweet flavors or traditional bourbon either. Pepper on the tip of the tongue, oak on the back.  Period.

Tasted blind and neat, this is utterly disappointing.  There is a lack of depth of flavor here that is puzzling.  It’s strange enough that I have to question whether or not this is a bad bottle.  Upon finding out which label I was sipping, I was even more surprised.  But I wanted to make sure I wasn’t missing anything, so I tried it with various foods over the next couple of weeks since, at its heart, it’s meant to be paired with spicy Asian/southern foods.  I paired it with Tai food, smoked barbecue, grilled chicken, burgers, etc. and I must admit that the spicier the food, the better this seems to pair.  In particular, it paired excellently with our nacho Bait Habanero Blonde Beer Cheese and with smoked barbecue dishes.  In both cases, the spice on the tip of the tongue complimented, rather than competed with, the food.  And ultimately, I think that’s probably the goal with this blend.

Nevertheless, it does not sip well on its own.  And that alone makes it flawed.  But if you make it to Edward Lee’s 610 Magnolia or Milkwood restaurants in Louisville (both are excellent), I do recommend trying a glass of this neat with dinner, as it seems like it’s more of an ingredient to a larger experience than a stand-alone whiskey.  In the meantime, I’ll try to procure a second bottle to make sure I didn’t wind up with a dud, somehow.  If so, I’ll be sure to update this review with my findings.

(What does this score mean?)