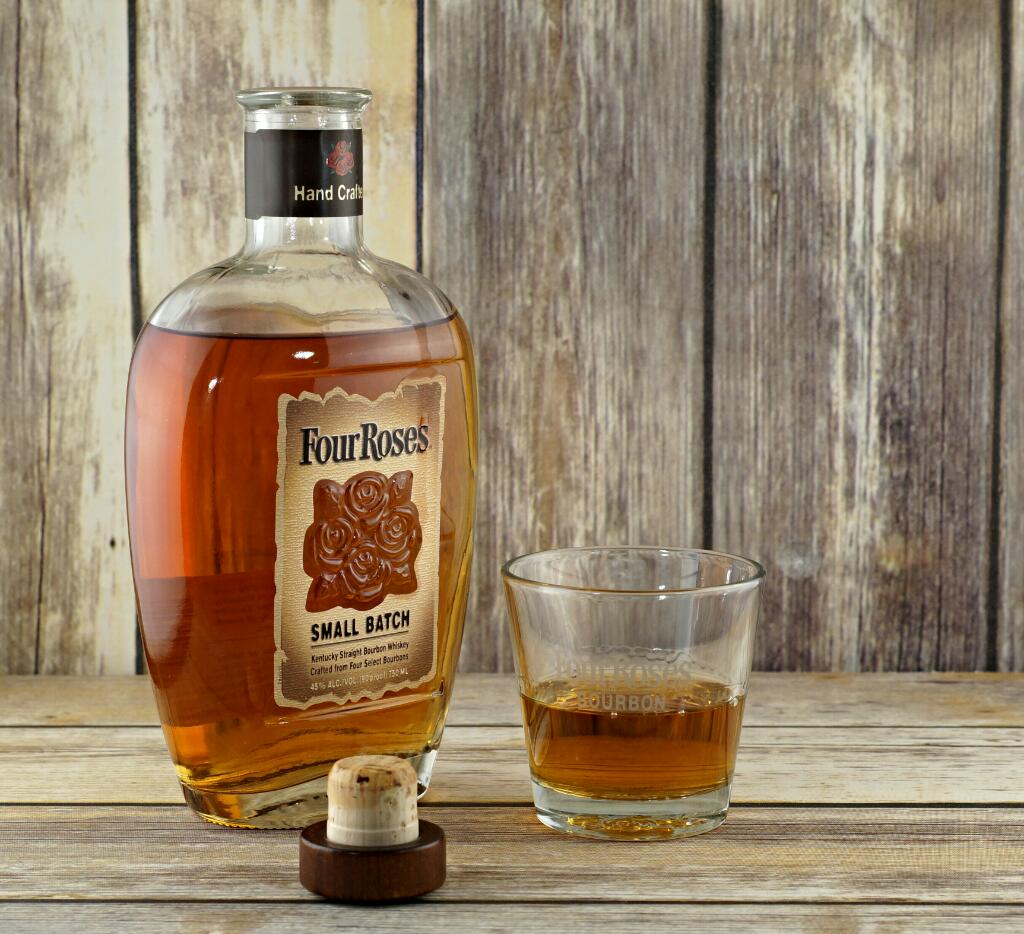 A spicy little crowd pleaser from bourbon savant Jim Rutledge at Four Roses, this Small Batch expression is a staple sip of both whiskey geeks and whiskey novices alike. 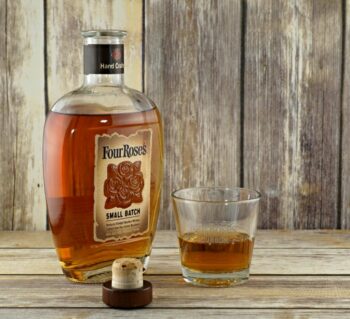 This is a blend of four different recipes from the Four Roses stable: OBSO, OBSK, OESO, and OESK.  If the Single Barrel is the flagship bourbon for (soon to be retired) Master Distiller Jim Rutledge geared towards whiskey geeks like me, then the small batch is the catch-all crowd pleaser geared towards, well, both whiskey geeks and everyone else.  Simply put, the 10 recipes of Four Roses allows such a wide range of flavors to be reaped from a single distillery that each label released seems like a completely different animal.  That’s a good thing for us, and it must be a whole lot of fun for Jim.  This Small Batch expression allows him to chase a specific profile with each batch, mixing and mingling the four recipes until it’s just right.

Medium amber, not overly dark, but far from pale.

Brown sugar, vanilla, and caramel are the first bursts of flavor, and are followed quickly by medium barrel notes.

Short-to medium in length, the oak continues until it gives way to cloves and spices with strong hints of lemon zest and orange peel.

At 90 proof, this is a nice little sipper.  I wouldn’t call it as potent and flavorful as one of our long favorites, the Four Roses Single Barrel, but it’s still quite nice.  I’d like to try this at varying proofs, as the annual limited edition versions of this spirit are downright epic with nearly every release.  But for a sub $30 bottle of bourbon, it will be hard to find something more consistently pleasant and packed with as much spicy goodness as this.  the mouth feel on this bourbon is exceptional- velvety and creamy more akin to a wheated bourbon than would be expected from this somewhat high rye blend of whiskeys.  If you love and drink the Four Roses Single Barrel for the punch and variety from bottle to bottle, drink this to get a consistent and tasty Four Roses flavor profile every time you remove the cork.

(What does this score mean?)