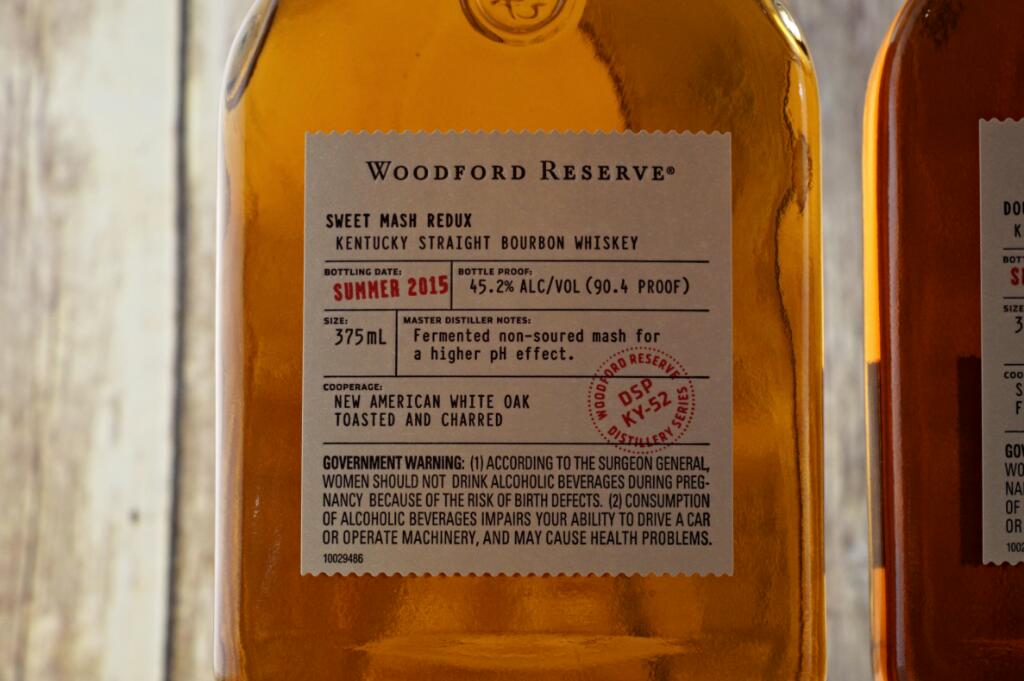 There's a strange (and somewhat ironic) sour undercurrent throughout this sip, making it nearly completely un-enjoyable. 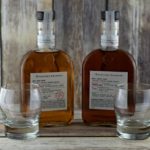 The Woodford Reserve Distillery Series is essentially a chance for Brown-Forman Master Distiller, Chris Morris,  to play around with various distilling and finishing techniques for what are intended to be one-off offerings of experimental release whiskeys.  They were initially stated to be “distillery only” releases, meaning they would only be available for purchase at the gift shop in Versailles, KY.  But I guess the folks at Woodford couldn’t resist the chance to release these to a wider audience, because they began to show up within a couple of weeks at liquor stores around Louisville.

The Finish is medium-to-long, and I wish it were shorter…

Sweet Mash Redux is one of the first two offerings in this Distillery Series, along with Double Double Oaked.  While this is a one-off release, this is not unique or new to Woodford reserve.  In 2008, the Woodford Reserve Masters Collection was a Sweet Mash bourbon, in which rather than using a sour mash process (using a portion of previous distillation to kick start fermentation in the next batch), this bourbon is made using a different process.  Woodford claims this raises the pH effect, producing a more fruit-forward profile. 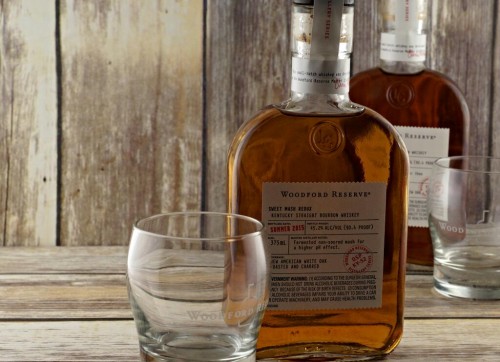 Sweet Mash Redux is bottled in a 375ML bottle similar to the standard Woodford Reserve bottle in shape, with a simple cream label with notes on the batch and cooperage used.  I’m a big fan of limited releases in 375ML bottles so long as the price is not out of line for the half size.  It allows regular folks to purchase and try rarer whiskeys without selling a kidney.  And as someone who reviews quite a  few bourbons, opening a new 750ML bottle every time I sample something leads to a LOT of open 750 ML bottles on my shelf that are tough to get around to finishing when there’s always a queue of new whiskeys to open and review.  In short, I like this packaging. 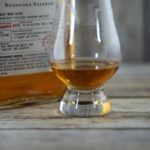 There are definite fruits on the nose.  I get lots of plum, heavy barley, and a very noticeable undercurrent of sour red grapes.

Much like the nose, the dark fruits are prevalent here, with prunes, raisins, and more of the sour grapes.  There are some strong barley notes as well, but the sour grape flavor permeates the palate.

The Finish is medium-to-long, and I wish it were shorter, as the tinge of sour grapes continues and becomes almost off-putting.  There are notes of flax, brunt spices, and a hint of pepper as the finish dissipates.

Okay, I’ll go ahead and say it.  Woodford whiffed on this one.  It bears a striking resemblance to the latest Master’s Collection (Sonoma-Cutrer) that I’d swear this one was just a re-bottling of that line (which has been incredibly slow to move off shelves, coincidentally).  And that’s not good, as in my opinion the Sonoma-Cutrer Master’s Collection Release was foul on the palate with sour red grapes undertones as well.  Were it not for the lack of red in the coloring, I’d swear this is also finished in wine barrels. Maybe their idea of not using a sour mash was to mix in unsold Sonoma-Cutrer distillate somewhere along the way (I kid…sort of).

Either way, unless you loved that Sonoma-Cutrer release, or love a sour undertone to your bourbon, I’d recommend skipping this altogether.

Facebook Comments
Previous ArticleYou’re the Master Distiller for a Day. What do you do?
Next Article Woodford Reserve Double Double Oaked Review