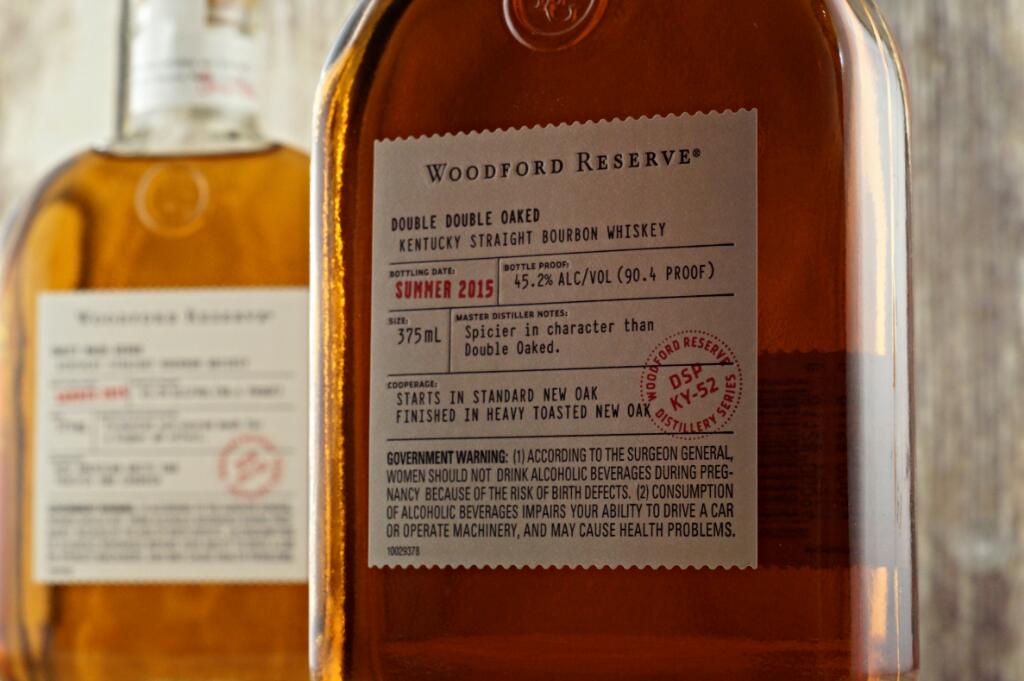 This starts out with a bang, offering one of the richer noses on the market, but slides a tad on the tail end of the finish. Double Oaked fans will love it. 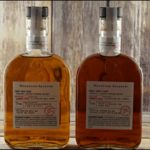 The Woodford Reserve Distillery Series is essentially a chance for Brown-Forman Master Distiller, Chris Morris,  to play around with various distilling and finishing techniques for what are intended to be one-off offerings of experimental release whiskeys.  They were initially stated to be “distillery only” releases, meaning they would only be available for purchase at the gift shop in Versailles, KY.  But I guess the folks at Woodford couldn’t resist the chance to release these to a wider audience, because they began to show up within a couple of weeks at liquor stores around Louisville.  The initial release was Double Double Oaked and Sweet Mash Redux.

The distillery Series are packaged in 375 ML bottles with simple labels bearing a bit more information than the standard bourbon label, which I appreciate.  It’s an attractive packaging, which can be said of the entire Woodford Reserve Line, and I like the smaller format for limited release “experimental” bourbon. 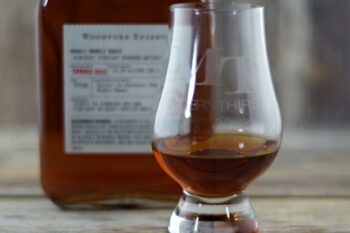 The initial nose is absolutely wonderful.  Rich, moist coffee cake and cinnamon rolls jump out of the glass.  There is plenty of oak, as one might expect, with an big helping of cocoa and chocolate cake and roasted coffee.  Really one of the better noses of the year so far.

Toasted oats and malt greet the tongue, but are quickly mixed with maple syrup and chocolate cake on the front of the palate. The mid palate gets a healthy dose of coffee, cocoa, and earthy fruit.   The mouth feel is very thick and viscous.

This is a long finish, and starts off very well.  There’s plenty of rich coffee, followed by more dark chocolate that dissipates into cloves.  But it does turn to a standard Woodford Reserve finish, which has a very slight undertone of aluminum laced with light caramel and vanilla.

This starts out as well as any bourbon I’ve tried this year. The nose is outstanding on this whiskey, and the initial flavors are spot on.  But it does go a bit awry on the back palate and finish, losing the richness and depth quickly in favor of a standard Woodford tail end, which reminds me of drinking beer from a can versus a bottle.  There’s a metallic hint that I can only barely put my finger on, but is disappointing after such a strong start.