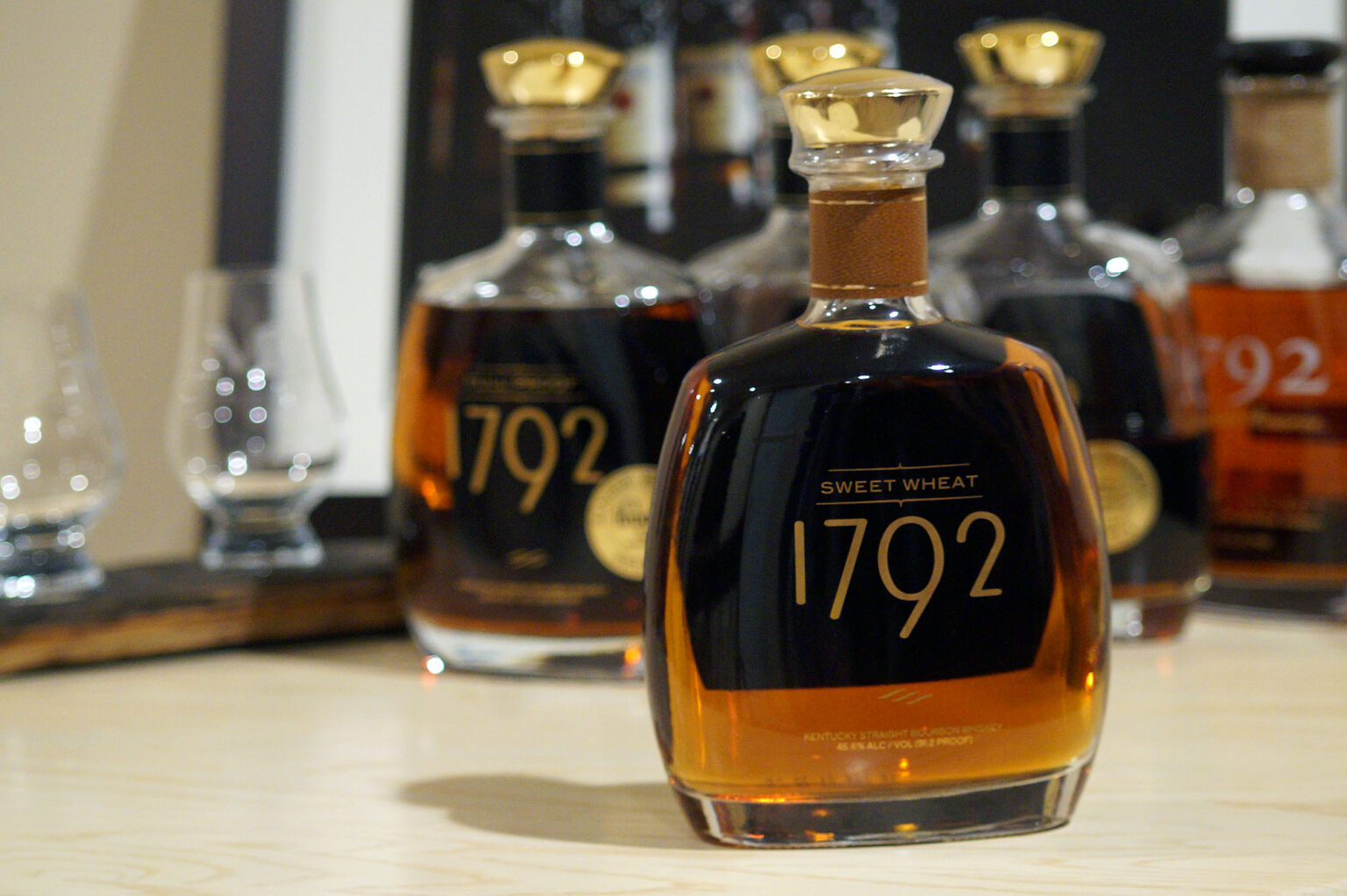 It's certainly a slight twist on the standard 1792 fare, but it's not particularly sweet on the palate, and the finish is very short and dry. That leaves this sip as less interesting than it promises, and thus harder to recommend.

1792 Sweet Wheat was the first extension of the standard 1792 line.  1792 is the flagship bourbon of the Barton distillery, owned by Sazerac, parent company to Buffalo Trace.  Though they are sister distilleries, the standard distillate of Barton little resembles the products of Buffalo Trace.  It’s a high rye profile, with a black-pepper forward palate.  Sweet Wheat, however, is different.  Instead of that high rye profile, Sweet Wheat substitutes wheat as the secondary, or “flavoring” grain.  Like Weller, Maker’s Mark, and The Old Fitz/Larceny line, wheated bourbons have become the rage in the past decade thanks to the popularity of Pappy Van Winkle, another wheated bourbon. 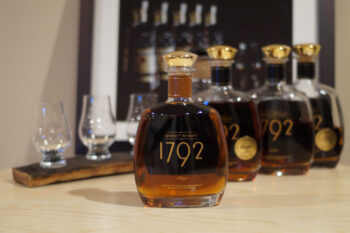 Medium brown with golden notes, this lacks much of the deep amber tones of other 1792 products.

Off the bat, the mouth feel is noticeably viscous and creamy, as might be expected from a wheater.  What’s most surprising, however, is that the actual palate doesn’t taste like a wheater.  Standard bourbon flavors like caramel and oak are noticeable, but underneath that is a grassy flavor that hints of straw, pine, and leather.  Overall, a black pepper taste seems to be the most distinguishing note.

Short, crisp, and dry, this doesn’t hang around and doesn’t develop great depth after the swallow.  It’s certainly inoffensive, and if there’s a dominant flavor, it’s oak.

This is fine.  Were I ranking this against other 1792 products, I’d put it just behind the Port Finish variant, well behind the standard and full proof offerings.  Were I ranking this versus other wheated bourbons, it’s definitely not as sweet as Maker’s or Larceny, and lacks the depth of Weller.  It is, basically, exactly what you’d expect a 1792 wheated bourbon to be.  The signature black pepper punch of 1792 is presenting, with a few twists on the theme.

ModernThirst.com score: 86 out of 100 Points