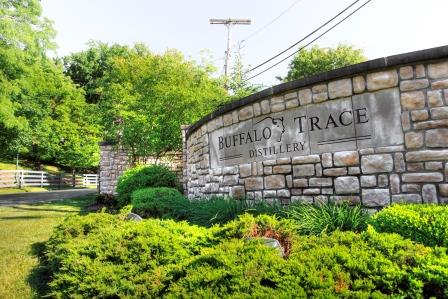 Buffalo Trace is not one to rest on their laurels, it seems.  From the Single Oak Project, to Warehouse X, to estate-grown bourbon, they love to experiment.  This time, they’re going backwards…to the 1700s, to be exact.

“We are really looking forward to seeing how extremely old wood might affect the taste of the bourbon, and hopefully will make some interesting observations along the way that will be useful going forward.” – Harlen Wheatley

Buffalo Trace has located wood from a previously felled 300 year old Kentucky oak and is going to experiment by using it to make barrels.  Given that the average lifespan of an oak is about 200 years old, this is rare wood.  It was seasoned for a full year before being used for barrels.  Whether or not this will have a noticeable impact on the taste of the final product versus any other oak, I can’t say, but the distillery who spent years on the Single Oak Project trying to learn as much as they can about the impact of the wood used to make a barrel knows far more than I.

As part of its latest endeavor in experimentation, Buffalo Trace Distillery is experimenting with barrels made of 300-year-old wood. This venture is one of many wood-specific experiments that the Distillery has led. Previous wood experiments have utilized wood harvested from around the world, analyzed the differences between barrels created from different parts of the tree and many more. This experiment, however, will allow the team at Buffalo Trace to observe what effects the age of an oak tree itself could have on the taste of the bourbon.

The barrel wood used in this trial came from 300-year-old trees previously cut in Kentucky, the oldest oak trees the Distillery could find that had already been harvested. This was a rare find as an average oak tree will end its life cycle before reaching 200 years. Working with the barrel manufacturer the East Bernstadt Company, it took more than a year to procure the 300-year-old wood and then a year of stave seasoning before the barrels were made.

The team at Buffalo Trace is eager to see what effects the drastic age of the wood will have on the bourbon.

“It’s a unique opportunity to be able to experiment with a variable that is even older than our Distillery, which is 244 years old,” Master Distiller Harlen Wheatley said. “We are really looking forward to seeing how extremely old wood might affect the taste of the bourbon, and hopefully will make some interesting observations along the way that will be useful going forward.”

The 300-year-old barrels were filled and rolled into an aging warehouse in December where they will remain for at least the next six years, likely longer, until ready.  The barrels will be monitored every year to observe any differences the wood may impart during the aging process.

This experiment is part of Buffalo Trace Distillery’s Experimental Program, in which the Distillery is known for exploring the effects of a range of variables. Previous experiments date back more than 20 years and have explored everything from infrared light, to non-traditional grains like rice and oats, to various fill proofs, warehouse variations and much more.

These 300-year-old wood barrels join the more than 14,000 experimental whiskey barrels aging at Buffalo Trace Distillery, the largest number of experimental barrels ever held in inventory at the National Historic Landmark Distillery and most likely the world.

Buffalo Trace Distillery is an American family-owned company based in Frankfort, Franklin County, Kentucky. The Distillery’s rich tradition dates back to 1773 and includes such legends as E.H. Taylor, Jr., George T. Stagg, Albert B. Blanton, Orville Schupp, and Elmer T. Lee. Buffalo Trace Distillery is a fully operational Distillery producing bourbon, rye and vodka on site and is a National Historic Landmark as well as is listed on the National Register of Historic Places. The Distillery has won 17 distillery titles since 2000 from such notable publications as Whisky Magazine, Whisky Advocate Magazine and Wine Enthusiast Magazine. It was named “Brand Innovator of the Year” by Whisky Magazine at its Icons of Whisky America Awards 2015. Buffalo Trace Distillery has also garnered more than 300 awards for its wide range of premium whiskies.