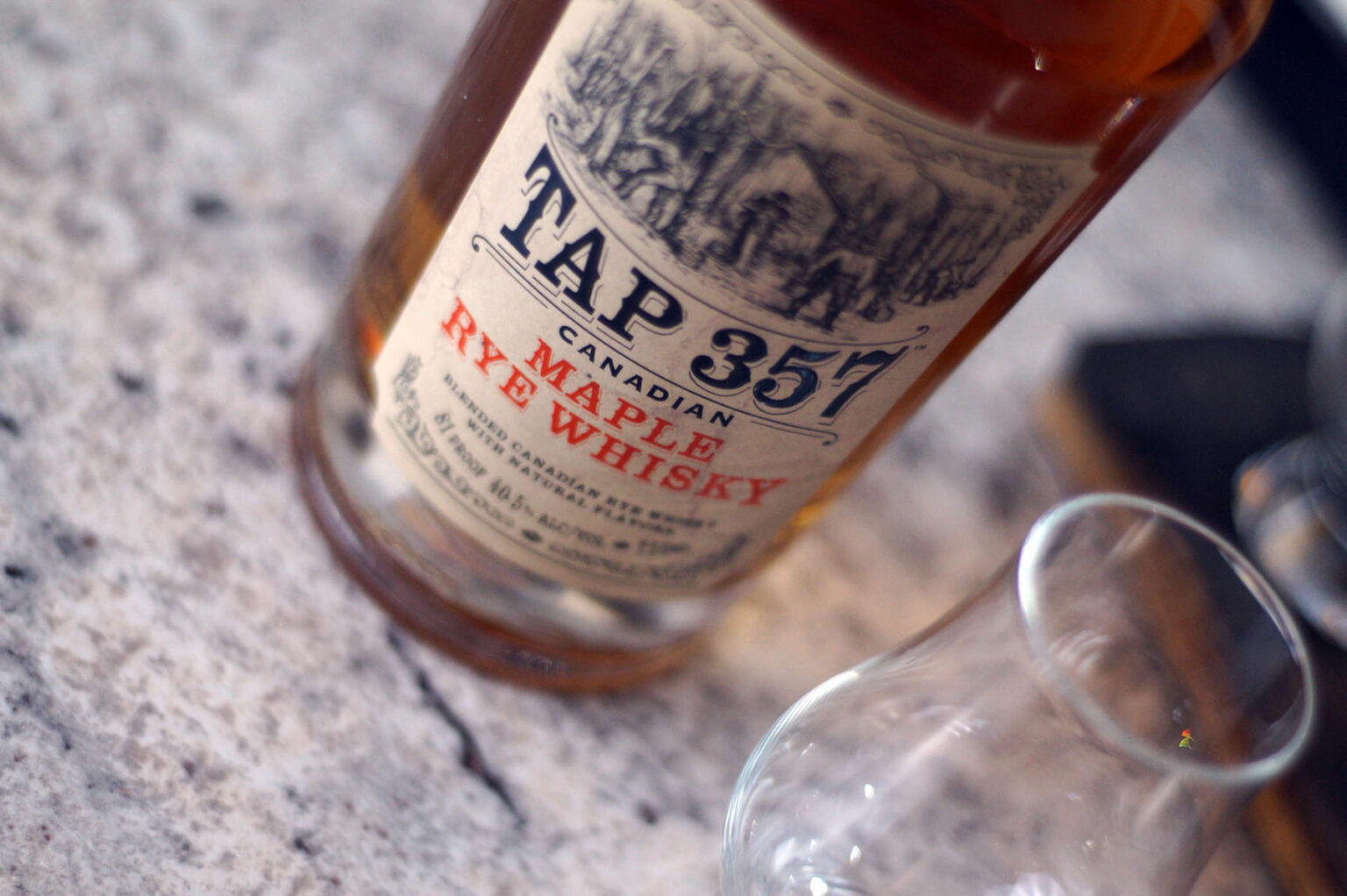 Let’s be honest…mention flavored whiskey to a bourbon geek and the responses usually range from constructively negative to horrified beyond words.  But there are a plethora of established brands on the market today, and flavored whiskey actually is among the fastest growing segments of the bourbon industry.  You might already have heard of Knob Creek Smoked Maple, Wild Turkey Spiced, American Honey, Bird Dog Maple Whiskey, and the much maligned Fireball.

Despite purists’ disdain for anything “flavored” coming into contact with their whiskey, there is a significant market and target market for flavored whiskeys, namely people who don’t really like whiskey…yet.  It’s sort of like a cocktail in a bottle, except (in the case of some) its best use is really in another cocktail, and in others is in the garbage (Fireball).

So when Tap 357 reached out and asked if we would taste their product and write up our thoughts, my first instinct was caution.  But I realize there are plenty who drink flavored whiskey, and this one was a format I wanted to try, if only out of curioisty.

Tap 357 is a Canadian Rye Whiskey flavored with Canadian Maple Syrup.  Hence, it’s all Canadian, eh?  I haven’t tried a flavored rye whiskey, and I’ve recently been developing quite a taste for rye.  It intrigued me in both its makeup and the authenticity of using Canadian products for both the whiskey and the maple.

Tap 357 is a premium small-batch Canadian whisky that marries rye whiskies that have been cask-aged for either 3, 5 or 7 years with pure maple syrup tapped at the first hint of spring.

Maple sugaring in Quebec generally occurs between February and April for approximately 20-25 days, if the weather cooperates. This is the only time of year one can obtain real maple syrup, and the quantity of the year is completely dependent upon the climate—for the maple sap to run out of the tap hole, one must have freezing nights followed by warmer days. We’re excited to see what this year will bring given that Tap 357 uses only real maple syrup.

Master Blender Michel Marcil takes the naturally complementary flavors of fine, earthy rye and rich, true maple and transforms them into an elegantly smooth spirit with a delicate sweetness that is subtle, not sugary.  Thanks to skillful blending (and because Marcil has eschewed chill-filtering), neither flavor is allowed to dominate.  The finished result is a layered, nuanced and rounded spirit that’s great savored straight or added to creative cocktails.

So I tasted it. 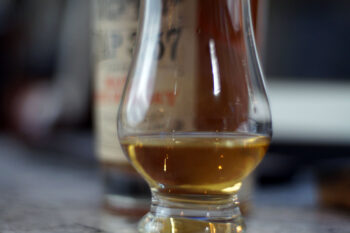 First off, I want to say that the official release is misleading when it claims “neither flavor is allowed to dominate.”  Maple flavors dominate here at every stage- from the nose to the palate to the finish.  It’s all about the maple.  If anything, I’d have preferred the rye be allowed to shine through more strongly.  I understand that my perspective is as a bit of a whiskey purist, and while this liquor is likely aimed at someone still trying to develop a taste for whiskey I still think a touch more rye whiskey flavor is warranted here.  Canada produces some of the best and most popular Ryes on the planet.  Let’s showcase it a little.

If that lack of balance is not an issue with the blend, the issue then is with the proof.  Rye is, by nature, thinner on the tongue in terms of mouth feel and fullness than corn-based whiskeys, especially those with wheat in the recipe.  In this format, the rye simply starts to disappear aside from a very mild alcoholic finish.  This is bottled at 80 proof.  I’d wager that at 90º or 100º, more of the whiskey character would shine through.

But what about the target audience?  As I mentioned before, flavored whiskeys are best described as gateway whiskeys- for those who aren’t already accustomed to the taste of whiskey. 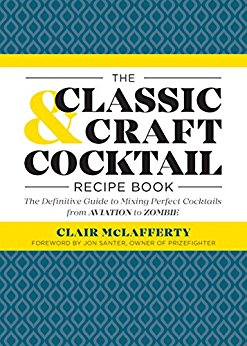 Clair McLafferty, author of The Classic & Craft Cocktail Recipe Book: The Definitive Guide to Mixing Perfect Cocktails from Aviation to Zombie, doesn’t keep flavored whiskey on her bar at home, but says “they can be an easy gateway into the world of spirits.”

So if you’re not doing shots and you’re not sipping it neat, what type of cocktail would work best with this?  Clair recommends going bitter to offset the sweetness.  “You can get really creative with flavored liquor,” she explained, “as long as you recognize that you’ll have to change the configuration of the drinks you’re making with it to balance out the added sweetness and to complement the added flavors you might be less familiar with in a whiskey.”

So I took her advice and started on my favorite go-to whiskey drink, the Manhattan.  My first pass was not good.  Using sweet vermouth was a mistake, and the overall drink tasted like maple syrup dissolved in sweet vermouth.  Clair suggested Punt e Mes in place of regular vermouth.  Punt e Mes is an Italian vermouth that is essentially 2 parts sweet to 1 part bitter in flavor.  I didn’t have any of that on hand, but I switched over to dry vermouth (and added an extra splash or two of bitters) and found it tamed the maple flavoring quite a bit.  The end result was interesting, and tasted a bit like a craft interpretation of a Manhattan using maple flavors.

So what’s the final verdict?  Tap 357 is aimed at a gateway market of whiskey drinkers and probably hits that mark on the head.  The dominance of maple over traditional whiskey flavors won’t appeal to hardcore whiskey snobs, but are a good way to introduce someone to whiskey who might otherwise turn their nose up at the brown water. 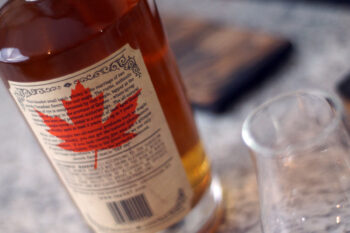 While I’d encourage further batches of Tap 357 to lean a little more heavily on the whiskey flavors, I can see a strong market for maple rye whiskey.  After all, Knob Creek seems to sell plenty of smoked maple bourbon.  So clearly, there’s a market there.  For those wanting to get into whiskey, or those looking to do something more creative with their whiskey cocktails, try this out.   For whiskey purists and enthusiasts, this probably isn’t your cup o’ tea.