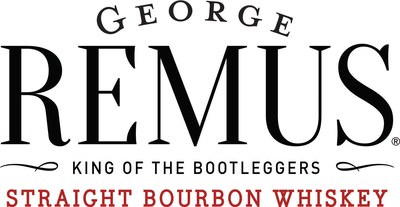 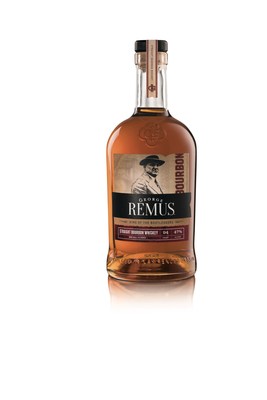 “We’re whiskey lovers and are very proud to offer this updated styling of George Remus Bourbon,” says Andrew Mansinne, Vice President of Brands, MGP Ingredients. “This is a complex bourbon whiskey that showcases our signature, high-rye profile and the talent of our distillation team, who have artfully crafted George Remus Bourbon into a beautiful and bold spirit inspired by George Remus’ rebellious and entrepreneurial character.”

George Remus was a Cincinnati lawyer who created one of the most intricate and successful bootlegging operations of the Prohibition era. Known as “King of the Bootleggers,” Remus owned many of America’s most famous distilleries, and became a multi-millionaire before losing it all. It has been claimed that he inspired the notorious character of Jay Gatsby from The Great Gatsby by F. Scott Fitzgerald. His parties were just as legendary, and on at least one occasion Remus presented all the men with diamond stickpins as parting gifts, and their wives with new cars.

MGP acquired the George Remus whiskey label in November 2016 from Queen City Whiskey Co. in nearby Cincinnati, and has been building on the brand’s local reputation in Ohio and Kentucky. George Remus Straight Bourbon is a high-rye blend of bourbon whiskies aged over four years. With a hint of vanilla, a maple aroma, and a sweet-yet-characteristic rye flavor, George Remus captures a timeless flavor profile that over-delivers on rich, bourbon character, in keeping with the largesse of its namesake.

George Remus Straight Bourbon Whiskey retails for a suggested $44.99 per 750-ml bottle, and is available as of June 2017 in Ohio, Kentucky, Indiana, Kansas, Missouri, Wisconsin and Nebraska, and in Minnesota as of July 1, 2017. Additional markets will be announced. Select press samples of the newly released George Remus Bourbon are available. For more information please contact Helen Gregory, [email protected] or Jake Hackney, [email protected].

George Remus, a bourbon brand named after the legendary “King of the Bootleggers,” is made by MGP Ingredients in Lawrenceburg, Indiana, in its 170-year-old distillery. George Remus Straight Bourbon Whiskey is a high-rye blend of bourbon whiskies, aged over four years, with a hint of vanilla, a maple aroma, and a sweet-yet-characteristic rye flavor. George Remus Straight Bourbon Whiskey retails for a suggested $44.99 per 750-ml bottle, and is available as of June 2017 in Ohio, Kentucky, Indiana, Kansas, Missouri, Wisconsin and Nebraska, and in Minnesota as of July 1, 2017. GeorgeRemus.com @GeorgeRemus (Twitter) @GeorgeRemusBourbon (Facebook and Instagram)

To view the original version on PR Newswire, visit:http://www.prnewswire.com/news-releases/mgp-releases-new-george-remus-bourbon-300469571.html