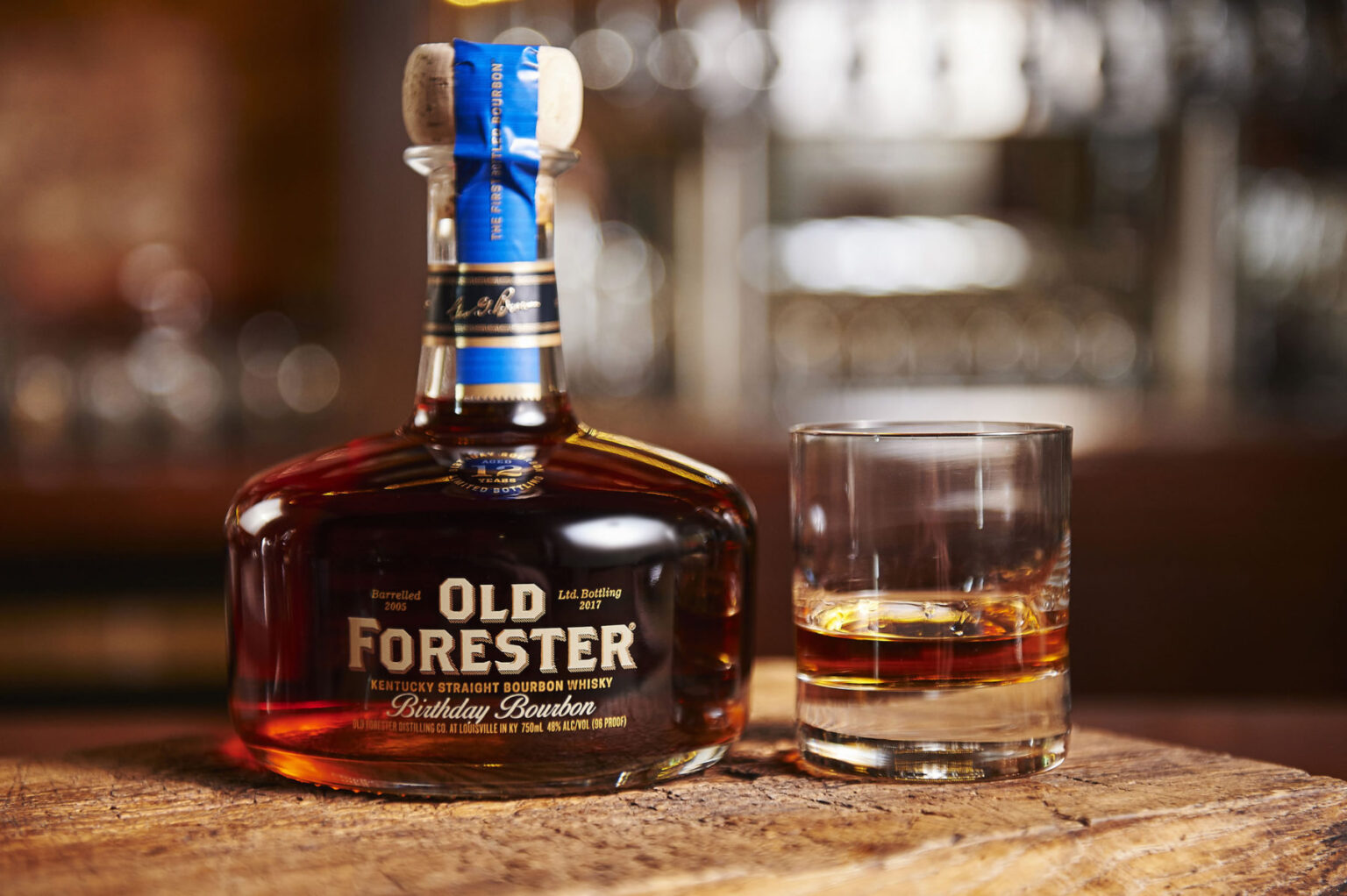 The craft of bourbon making- from barrels to bottling- is a mixture of art and science. For this year’s Birthday Bourbon, science plays an integral role in the product story. During the transfer of bourbon from the holding tank to the bottling line, alcohol vapors were lost during bottling, causing the proof to drop. As a result, this year’s Birthday Bourbon will be presented at both 96 proof and 95.4 proof. This distinction is identifiable in the proof statements on the bottle.

Tasting Remarks from the Master Taster:

“The common denominators in this year’s blend are chocolate and black pepper. The finish is interesting, as it really ignites the perimeters of the palate and cascades off into a soft, dry floral bouquet. ” said Jackie Zykan, Old Forester Master Taster on the 2017 Old Forester Birthday Bourbon.

Tasting Notes from the Master Distiller:

Nose: Sweet toasted oak and black pepper with a heavy suggestion of orange oil and toffee

Old Forester is Brown-Forman’s founding brand, founded in 1870 by George Garvin Brown. Brown believed Old Forester was so pure and consistent that he sealed it, signed it, and pledged, “There is nothing better in the market.”