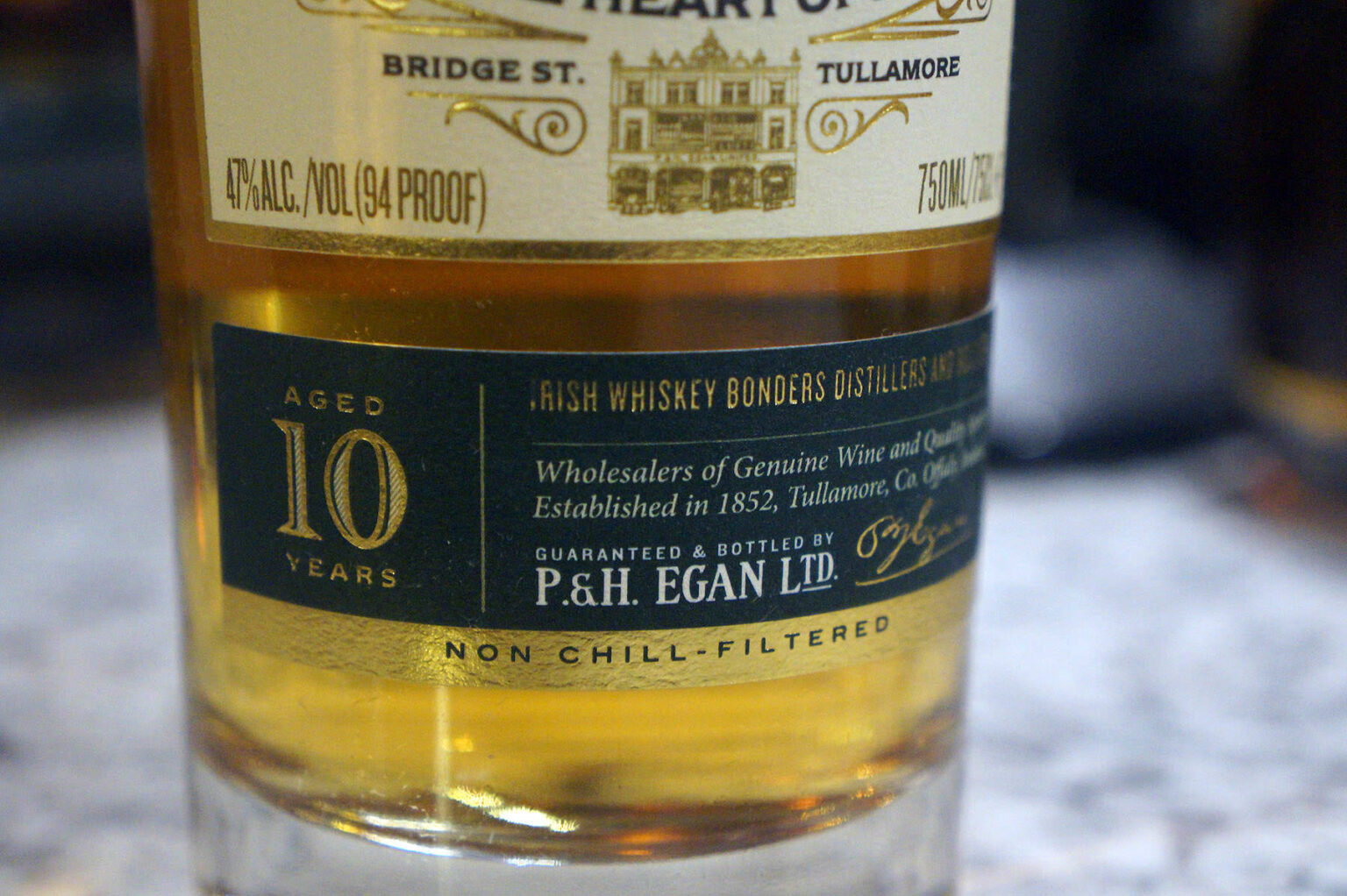 Clean and sweet on the palate, this is a nice step up from some of the standard Irish Whiskey fare. It's well-made, the right age, and the right proof at a reasonable price.

ModernThirst has not reviewed a large number of Irish Whiskeys.  In fact, this review marks only the third, after The Quiet Man Series from Luxco.  But we have begun to focus on world whiskeys; and Scotch, Irish, and Japanese Whiskeys are certainly on our to-do list.  So for those unfamiliar with the difference between Scotch, Irish Whiskey, and American Whiskey, know that Irish whiskey more closely resembles Scotch in terms of its mash bill and barreling.  It is generally made from 100% barley malt, and aged in used casks.  Unlike Scotch, however, it is not peated, and is often distilled multiple times in pot stills, which leads to a very soft, subtle, clean whiskey with only the slightest hint of any smoke that is common with Scotch and much less barrel char than American whiskey. it is generally very “grain-forward” in flavor.

Egan’s Irish Whiskey is full of genuine history dating back to 1852 when Patrick and Henry Egan founded P&H Egan. Over the next 116 years of operation, P&H Egan was involved in numerous commercial enterprises including bottling, malting, brewing, wholesaling, importing and exporting, before an inability to compete with multinationals caused P&H Egan to voluntarily close its doors in 1968. While the Egan family business was no longer in operation, the Egan spirit lived on through the family’s descendants.

With whiskey in their blood, Maurice and Jonathan Egan, fifth and sixth generation Egan’s, alongside longtime family friend and industry expert, John Ralph are revitalizing the company to carry on the legacy and time-honored traditions of the family. Egan’s 10-year-old Single Malt is authentic, 100% pot-still Irish whiskey aged for 10 years in oak casks before being meticulously selected by the Egan family and approved to bear the family name. Egan’s is non-chill filtered, allowing character to be retained from the casks in which it is aged.

So to make a long story short, Egan’s was dormant for a while, and the family re-launched it in late 2015. It is sourced, though the source is not disclosed.

Right off the bat, the grain notes common in Irish whiskey greet the nose and are followed closely by a subtle honey and light oak sensation.

The initial taste is sweet simple syrup on the front of the palate with light watered honey close behind.  There are a few tannins on the tip of the tongue as well.  Grassy cereal grains follow up, continuing the theme from the nose. 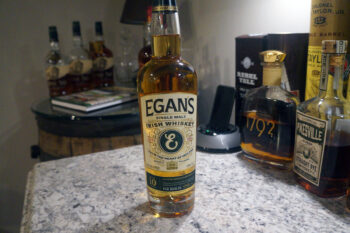 Moderately long for such a clean tasting whiskey, there are continued oak tannins that give way to sweet honey, dried white raisins, and grassy oat and grains.

This is a pretty straight-forward and pleasing Irish whiskey.  The proof is at just the right spot, not imparting much heavy alcohol sensation and still providing a nice, viscous mouth feel.  It ticks most of the boxes expected, with the single malt format shining through with little distraction, and rounding out with some good sweet notes to compliment the grain.

*This bottle was provided free of charge to ModernThirst for review with no strings attached.  The thoughts and opinions expressed in this review are our own.