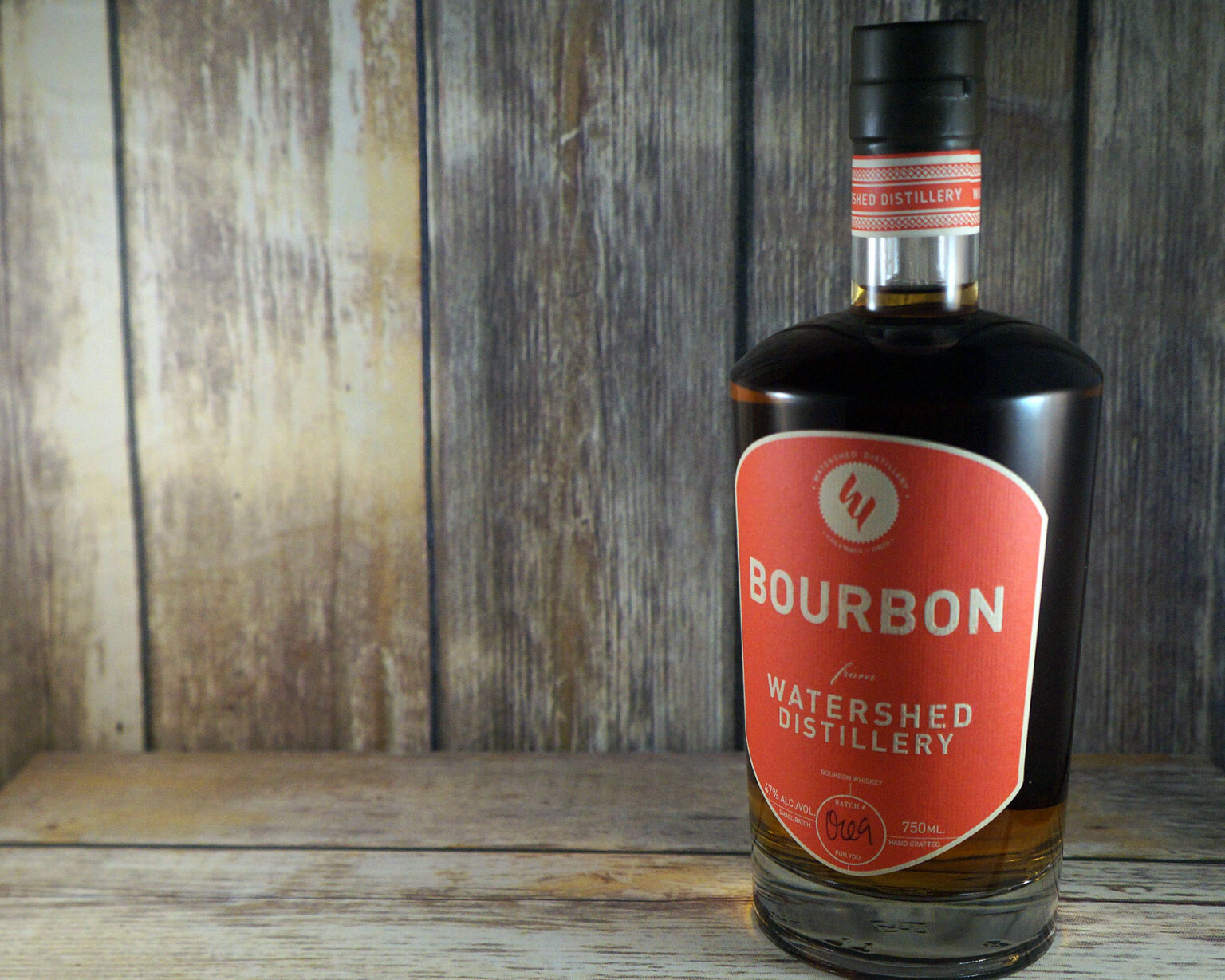 Using a pot still and a non-traditional mash bill containing spelt, Watershed bourbon is a nice deviation from the standard bourbon profile. It feels a bit like bourbon's take on Irish Whiskey. 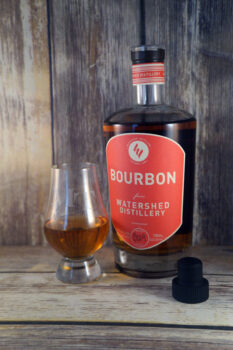 While there have been a number of craft distilleries open in the past 3 years thanks to the burgeoning popularity of America’s Native Spirit. Watershed, in Columbus, OH, predates the mad rush of new producers by a couple of years, beginning distillery operations in 2012. That’s not all that separates them from the crowd, though. Eschewing the more popular copper column stills, Watershed uses a 60 gallon pot still to create their whiskey, distilling each batch twice before barreling. And there’s more. On the bourbon side, they don’t use the traditional corn-rye-barley formula. They also don’t use the popular corn-wheat-barley formula. They don’t even use the standard 4-grain niche formula of corn-wheat-rye-barley that some smaller distilleries use to separate themselves from the pack. No, they use corn, wheat, rye, and a combination of barley and spelt. What is spelt? Good question. Spelt, often called “hulled” or “dinkle” wheat, is a subspecies of wheat that is rarely used in distilling outside a few vodka makers in Poland and some German beers. But it has been traditionally grown in central Ohio, making it a common “local” crop to Columbus.

Watershed Bourbon has no age statement, and is not listed as “straight” bourbon. However, I am told this batch (I’m relatively sure this one is batch 0069, but the handwriting on the label is a little tough to read and it could be “oreo”) is 4 years old. This bourbon is aged on-site in Columbus in traditional #5 char 53-gallon barrels from Speyside Cooperage in Jackson, OH. It is bottled at 47% ABV, or 94 proof. 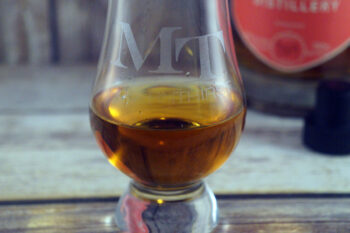 Watershed is remarkably dark for a four year old whiskey- credit the high barrel char for that. It is medium brown with amber notes.

Ccorn stands out as the immediate centerpiece of the nosing experience, but there is a buttery sweetness beneath that that smacks of the pot still process.  It is followed by grassy cereal grains and cinnamon.

True to the nose, the palate first gets a strong dose of corn. This is followed by a very strong sensation of oats and grassy grains down the center of the palate. There is a sweetness on the perimeter of the tongue that reminds me of honey and gingerbread.

This finishes relatively dry with only a few lingering notes of grain. 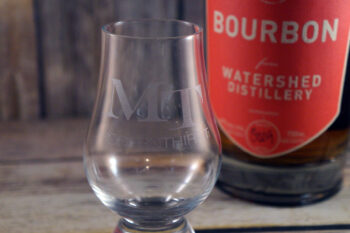 This is a very interesting sip. I’m not sure what my expectations were, but this isn’t a traditional tasting bourbon. The combination of the pot still and the unique mash bill makes this taste a lot more like bourbon’s take on Irish Whiskey with the grain forward-flavors combined with sweet corn.  It isn’t harsh, but the heavy corn gives it a slightly immature taste. It’s not the same traditional oak and vanilla flavors you’d get from more traditional bottlings despite the high char levels of the barrels- perhaps that’s due to aging in the slightly more temperate climate of central Ohio rather than in Kentucky. It’s unique, like its production process. It might throw off a lot of traditional purists due to that, but it might also be the perfect gateway for those who are coming to bourbon from other whiskey formats- namely Irish whiskey or low/non-peated Scotch.

*A sample of Watershed Bourbon was provided to ModernThirst by the producer with no strings attached.  The thoughts and opinions in this review are our own.