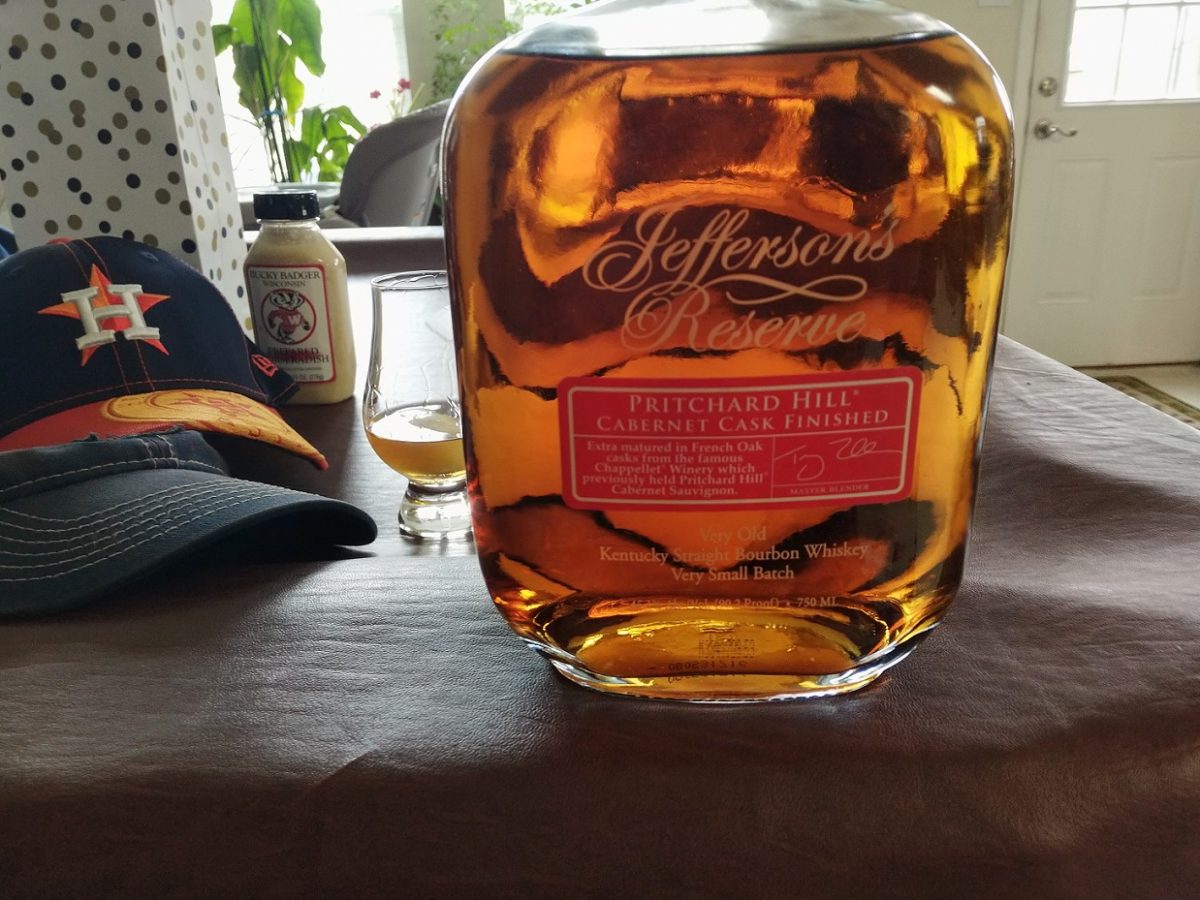 Today we’ll be taking a look at a newer product out of the Jefferson’s Reserve line of whiskey, the Jefferson’s Reserve Pritchard Hill Cabernet Cask Finished bourbon.  Jefferson’s Reserve was launched in 1997 by the descendant of a moonshiner family, Trey Zoeller.  Originally looking to put his brand forward without spending too much money, Zoeller used Thomas Jefferson as his bourbon’s icon and namesake.  Jefferson’s became known for experimental batches aged using out of the box methods and in casks that aren’t traditionally associated with American whiskey.  The company was purchased by Castle Brands in 2005.  Their acquisition would go on to purchase a distillery to produce the whiskey a few years later.  Despite that, the whiskey is still produced and rested by both other independent distilleries for the most part.  Currently only a quarter of the production is done in their Kentucky Artisan Distillery.

This is a blend of three bourbons finished an indeterminate amount of time in Chapellet Winery Cabernet Sauvignon wine barrels and bottled at 90.2 proof. 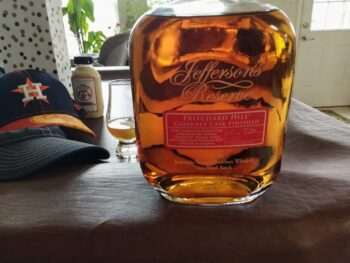 Disappointingly, Jefferson's Reserve Pritchard Hill Cabernet Cask Finished bourbon didn't have nearly as much of the cab influence as expected, and the whiskey is too thin for a bourbon coming out of a 15 year stock. Still a good bourbon and an intriguing experiment, but there are other great selections for the same price out there.