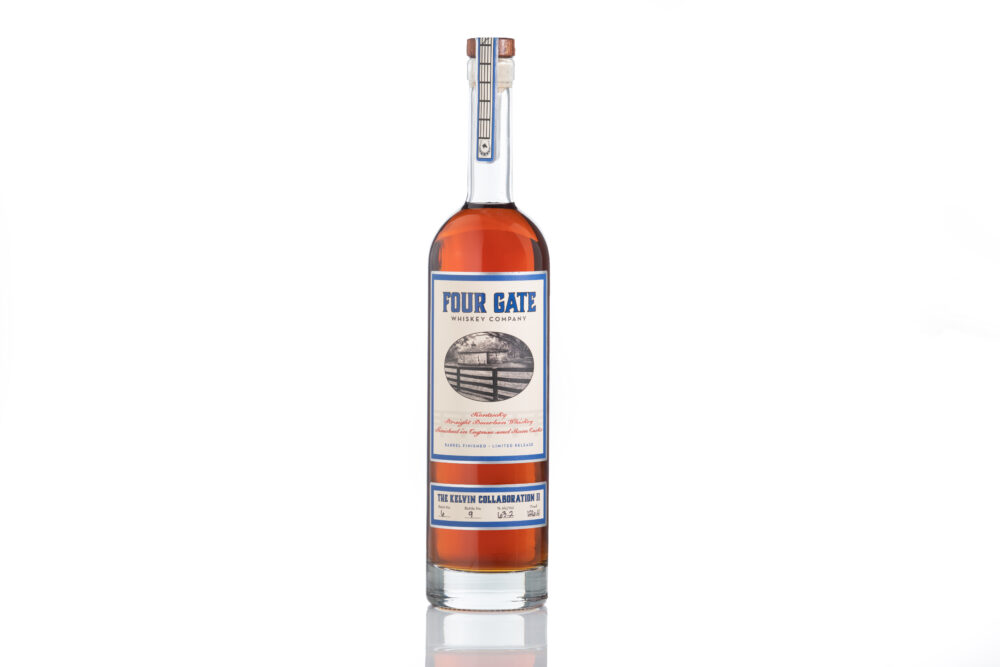 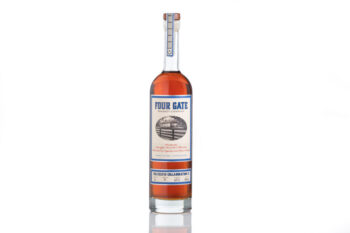 Four Gate Whiskey Company is proud to release batch 6, a follow-up to our very popular first release dubbed “The Kelvin Collaboration.” This latest release uses the same mash bill as batch 1, comprised of 74% corn, 18% rye, and 8% malted barley. This Kentucky Straight Bourbon was aged a full 12 years before Four Gate Whiskey Company finished them in Cognac and Rum casks, blending the resulting whiskeys into a new expression of their product line.

“Fans of batch 1 will really like this,” said Chief Blending Officer   Bill Straub, “It’s definitely a return to the combination of fortified wine fruitiness blended with that decadent dark rum cask sweetness.”

There’s even more connection to the first batch than the flavors, though, said Chief Barrel Officer Bob D’Antoni. “The Rum barrels from this batch were from the same rum producer as Batch 1, so you should really taste the connection,” he explained.

Four Gate Whiskey Company produced 2,474 bottles of this batch, and it was bottled non-chill filtered at full cask strength- 126.4 proof.

Taste:               Sweet and spicy, the outer palate is coated with sugary molasses and dark rum notes with the rear palate in inundated with mature oak and booze-soaked red grapes.

Finish:              Medium-long in length, the rum and barrel tannins linger in a sweet yet oak-filled experience.

Four Gate Whiskey Company’s products have been released since 2019 to critical acclaim, with batches 1, 2, and 4 receiving Whisky Advocate scores of, respectively, 93, 92, and 91 points, with Batch 3’s score pending, and various well-regarded writers and reviewers naming batches 1 and 4 amongst the top 10 whiskeys of 2019 and 2020.

Four Gate Whiskey Company’s sixth release will be distributed in Kentucky and Tennessee at a MSRP of $199.99 per bottle with 2,474 total bottles will be available at retail. Limited bottles may be available on Seelbachs.com.