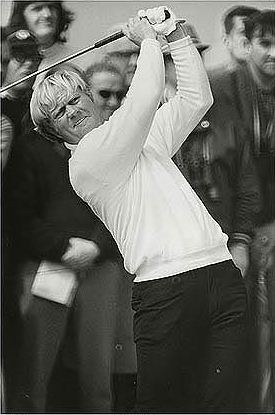 Daily Toast! Raise a Glass to the Greatest! The Golden Bear turns 74!

Raise your glass today to one of the most dominating athletes to ever play modern sports. Today is the 74th birthday of the one and only Jack Nicklaus. Jack, or the “Golden Bear” as he is often known, is the greatest professional golfer in the history of the sport.

Jack turned professional in 1961, and by the time he retired, he had claimed an unprecedented, and still unmatched 18 career Grand Slam titles. He paired that with 73 all-time regular PGA victories, and summarily added 8 Champions Tour Majors (still the most all-time) and another 2 Champions Tour wins. His 1986 Masters win at age 46 marks him as the oldest Masters Winner of all time. He very nearly won it again on a bum left hip in 1998 at the age of 58, astoundingly finishing 6th.

Jack was inducted into the World Golf Hall of Fame in 1974 as a part of the inaugural class.

Raise a glass of your finest today to the finest golfer to ever walk the fairway. Cheers to the Golden Bear!