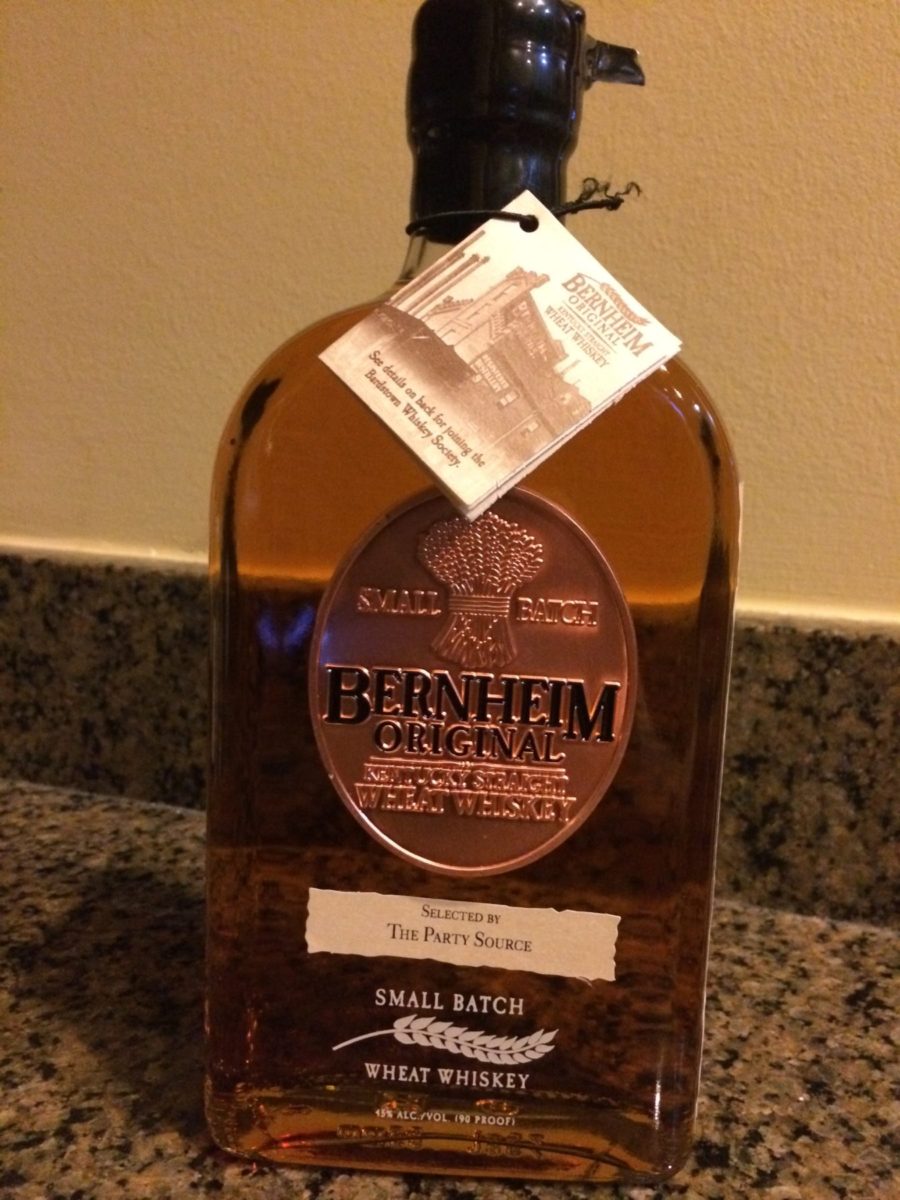 This is an extremely drinkable whiskey, with subtlety complex flavors. If you are looking for a big, in your face whiskey, this is not for you. But you will be hard pressed to find a smoother whiskey that has this much character.

I was able to pick a bottle of this up at The Party Source in Bellevue,

KY (which happens to be the  largest beverage and alcohol store in the U.S.) for $26.  This is part of their Single Barrel Selections, where representatives from the store go to the distillery and pick out barrels to be bottled.  What this means is you end up getting a single barrel version of a whiskey that is normally a small batch or other blend (at the same price!)  This has become more common in liquor stores around Kentucky.  The Cork n’ Bottle stores in Northern KY always have good selections as well.  Be sure to ask  if your store offers these.

More importantly, what it is not; bourbon.  It follows all the laws of bourbon (below) except the grain bill.  This whiskey has at least 51% wheat.

From the their website: “Bernheim Original Kentucky Straight Wheat Whiskey is the first truly new variety of American straight whiskey introduced since Prohibition. Bernheim is also the first whiskey to use winter wheat as its primary grain creating a soft, sweet flavor and medium finish.” This is describing the blend, not this particular selection.  And for full disclosure, I have never reviewed the blend, this review is solely on this bottling.

Some may question why one would deviate from the only truly American spirit that is bourbon. Well,  I think even the most seasoned bourbon drinker will appreciate this whiskey.  If you are reading this, you probably already know this distinction, but I feel obligated to clarify it now for the uninitiated.  All bourbons are whiskeys, but not all whiskeys are bourbons, meaning that bourbon is simply a style of whiskey.

Once this is poured in the glass, one quickly realizes this is a shade or two lighter than bourbon in color.  The first thought on the aroma is smooth, while its easy to pick up notes of vanilla, wood and a bit of spiciness; it has a crisp and smooth wheat smell.

To continue a Modern Thirst tradition, I tried it neat, and then on ice. As I tried it neat, I first tasted an alcohol bite, which shocked me (especially at only 90 proof) until it quickly faded away.  At that point vanilla , candy, wheat, cinnamon and charcoal were immediately introduced. Very fun, yet my thoughts were that ice would do away with the initial bite. I was correct.  Once I added an ice ball it became an incredibly drinkable balanced whiskey (I even have trouble typing whiskey rather than bourbon, because while it is a departure from your typical bourbon, it still has the level of quality that you expect in a good bourbon).  With ice, my first thoughts are that it is very smooth.  There is an oaky sweetness and the wheat is definitely present.  It has a great mouth feel which is not sticky like scotch, but clean, cleaner than most bourbons in recent memory.  It has a fantastic finish…again, smooth, but it lingers in a soft way until your next sip.

If you are ready to take a departure from traditional bourbon (or rye, but that’s a whole different post) this is well worth your attention.  Granted, this is a single barrel that you may not be able to obtain.  I will post in the comments of this post once I try the mass marketed blend.

This is an extremely drinkable whiskey, with subtlety complex flavors.  If you are looking for a big, in your face whiskey, this is not for you.  But you will be hard pressed to find a smoother whiskey that has this  much character.  Basil Hayden comes to mind, but I think this has a lot more going on than BH does.

At $26, this is an absolute bargain.  I hope to report back with the non single barrel version, but I am sure that either way, this is a whiskey you are going to want to try.  There are certainly bourbons that are better than this, but as a slight departure, this is worth adding to your liquor cabinet.