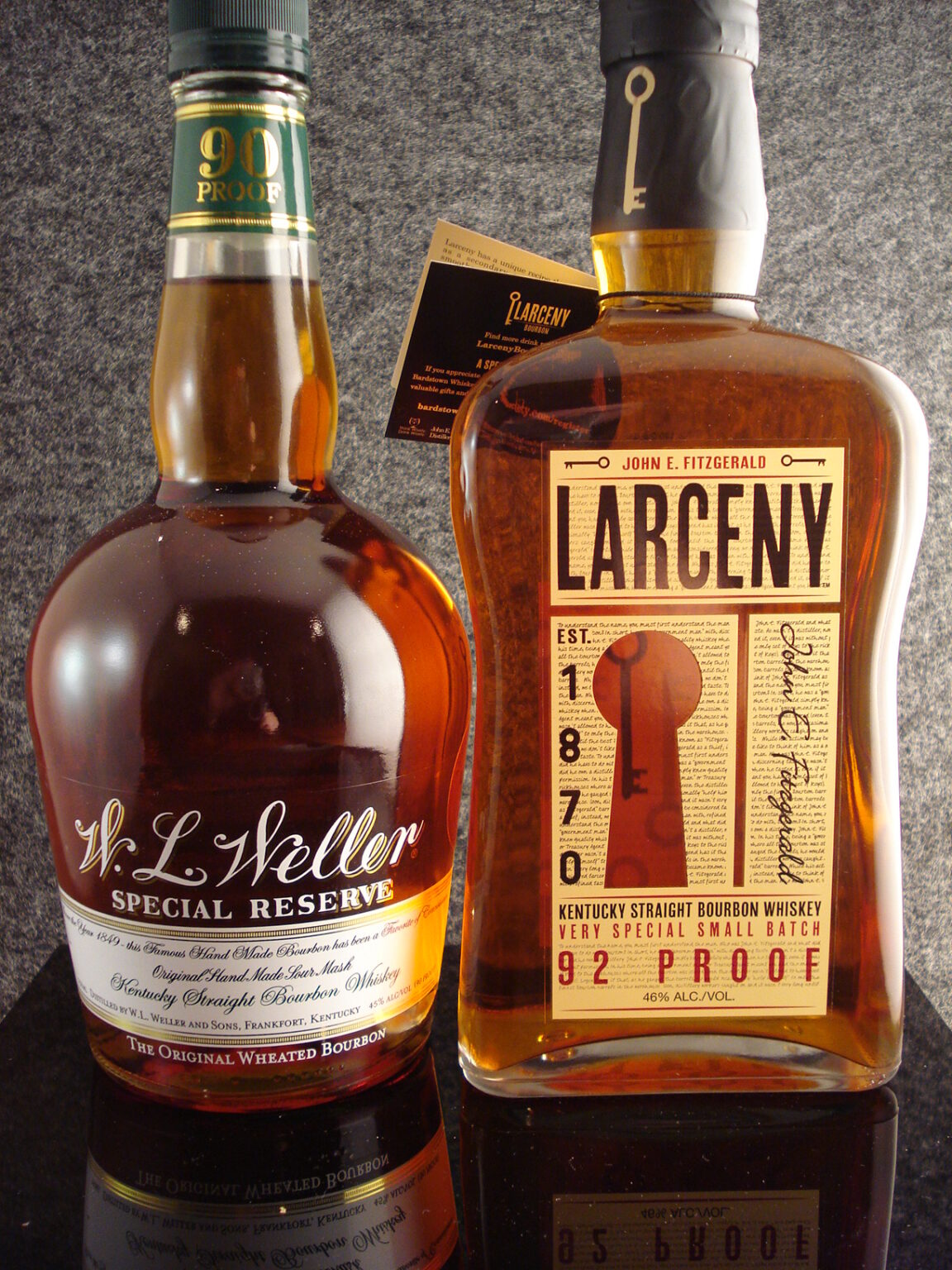 We’ve been building our library of bourbon reviews steadily over the past couple of months, and the past several seem to have involved a lot of references to Stitzel-Weller and wheated bourbons.  I’m not particularly a fan of wheated bourbons, but with the popularity of the Pappy Van Winkle offerings, they seem to be en vogue at the moment, so I thought what better time to cover two more wheaters than now, and what better way to do it than a head to head throw-down between two very popular and available wheated bourbons: W.L. Weller and Larceny?

I will post these reviews individually as well, so you can find them separately in the archive.

Both of these bourbons are “wheated” bourbons.  They use wheat as the secondary mash grain rather than rye.  Wheat tends to add a velvety creaminess to the texture of the bourbon and sweetness to the taste, rather than the traditional spiciness of rye, the more common secondary grain.

Larceny is a small batch wheated bourbon from the Bernheim Distillery in Louisville as part of the Heaven Hill family of spirits.  The name derives from stories of John E. Fitzgerald (of Old Fitzgerald family fame)’s habit of using his personal keys to the bourbon warehouses to ‘liberate’ barrels of his favorite bourbon to give to family and friends.  There have been numerous reports that Heaven Hill intends to replace the Old Fitzgerald line with larceny, but they are thus far unconfirmed.

W.L. Weller is produced in Frankfort, KY at the massive Buffalo Trace Distillery.  In years past, it was owned by the Van Winkle family and produced at the famed Stitzel-Weller distillery.  Today, it shares the mash bill of the Pappy offerings, though the aging locations, times, and barrel choices differ.  Though age statements have been removed from the label, W.L. Weller is a 5-7 year old bourbon bottled at 90 proof.  My bottle was a barrel-select program from the same big box store, and cost $20. 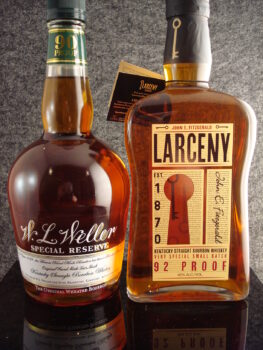 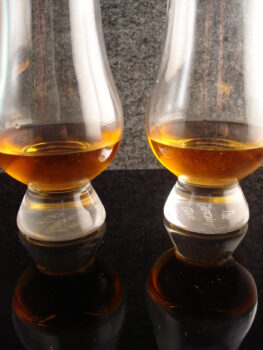 Larceny is a medium amber with some deep tints, while W.L. Weller is a touch lighter in shade with golden hints.

Weller begins sweet on the nose as well; however the sweetness is more fruit-based.  There is the corn, but it is followed by apricot and orange with hints of vanilla.

Weller is a very short finish, very clean and crisp, with faint hints of citrus on the back of the tongue.

Advantage: Can’t beat that texture.  Larceny takes this one.

There you have it.  These bourbons grade out very similarly in the long run.  They are very similar in price, mash bill, and appeal.  However, Larceny pulls away the win here based largely on the superior texture and wider depth of flavor.