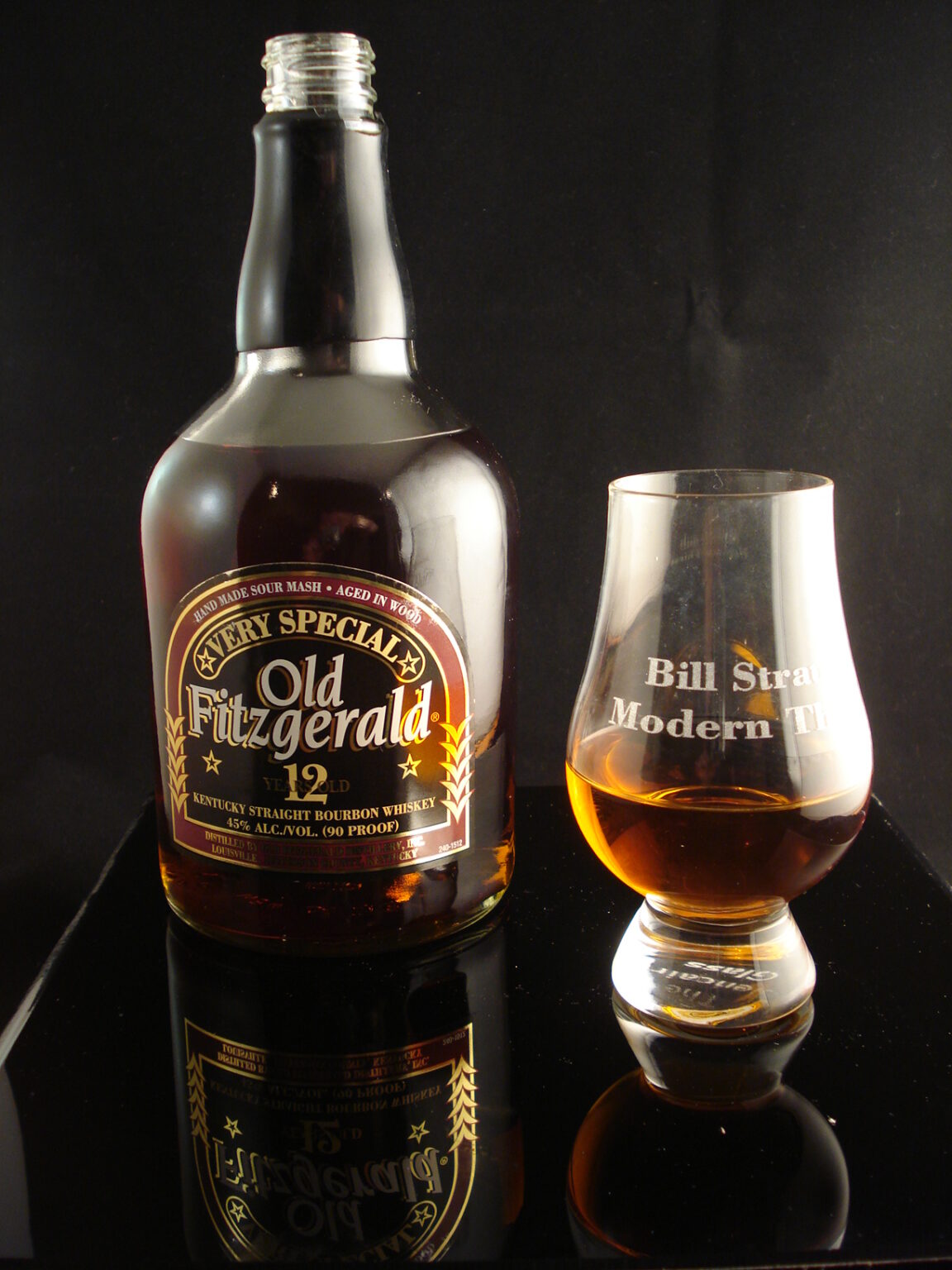 Now difficult to find, this is a great example of an aged wheated bourbon.

Have you ever had a bourbon that just takes one big flavor and smacks you over the head with it?  That’s Old Fitz 12 year.  And it’s not necessarily a bad thing.  I’ll explain in a bit.

Originally, Old Fitzgerald bourbon was released around 1870 exclusively for passengers on steamships and railroads.  Eventually, it was released to the general public as well.  After prohibition, the brand was purchased by Pappy Van Winkle himself and was distilled at, you guessed it, Stitzel-Weller. When the Stitzel-Weller distillery closed and was sold off to Diageo, Old Fitz was not one of the lines resurrected by the Van Winkle family, and thus it lay dormant for a few years until being sold off to Heaven Hill in the early 1990s.  Heaven Hill now produces the bourbon at their Bernheim distillery in Louisville, using the same recipe as Stitzel-Weller did in years past.

If you’ve read enough of my reviews, you’ll by now have noticed the reference to the Stitzel-Weller distillery means that this is, indeed, a wheated bourbon.  Heaven Hill uses wheat as the third grain rather than rye.  And wheat tends to, when aged properly, lend a much smoother, creamier texture to the bourbon along with a sweeter flavor than does rye, the more common secondary grain.

Old Fitz 12 Year is bottled in a short, fat bottle with a black label.  The top is covered in black wax, but don’t’ let that fool you; beneath the wax is a plastic screw top.  Nevertheless, the packaging is definitely middle-of-the-road here.  It neither screams “low-end turpentine” nor “high end collectible.” That’s probably appropriate given the brand and the price point.

Old Fitz 12 is medium color, amber-brown, with hints of cloudiness.  The 12 years of age is apparent.

The first scent on the nose is the sticky-sweetness of simple syrup.  It’s a bit of the corn with the sweet wheat quality.  There is a ripe banana scent as well, along with slightly subdued traditional bourbon aromas of caramel corn and vanilla.

The first flavor to hit the tongue is a tingling from the sweet corn and wheat mash bill.  It’s also the second flavor to hit the tongue, and the tingling remains to the back of the tongue.  It’s a not-so-subtle use of the wheat in the mash bill.  It seems that Heaven Hill expects Old Fitz to carry its wheated bourbon banner and they’re not going to let you forget it.   Nevertheless, it isn’t an unpleasant flavor or sensation at all, it’s just different.  And it’s overriding.   The wheat not only impacts the flavor, but the creaminess of the bourbon from that recipe also means it coats the tongue, making that sensation the sensation you’ll remember when drinking.   But careful attention brings out some vanilla, caramel, and baked goods flavors on the back end.  What is missing here is what keeps this from being a truly great bourbon.  There is not a great deal of spiciness to this bourbon at all, which speaks to the absence of the rye.  And, surprisingly, the oak flavor you might expect from a bourbon aged 12 years in the barrel is only faint as well.  So it makes this bourbon pleasurable, but slightly unbalanced.

You might expect a long finish from an aged wheat bourbon, but this is a medium finish, tending towards short.  It’s crisp and clean.  The tingling subsides rather quickly, leaving the caramel to linger for a few seconds after it has passed.

In all honesty, I held very little hope for this bourbon.  Typically, Old Fitzgerald isn’t high on many drinkers’ lists of top shelf premiums.  But this bourbon surprised me.  It’s an excellent representation of a wheated bourbon, even if it tends just a touch one-dimensional.  I would compare it favorably against a W.L. Weller 12 year offering, and it is currently a bit easier to find on shelves.  So those seeking an entry into aged wheated bourbons might want to seriously consider this before W.L. Weller.

I did try this bourbon with some distilled water added, and while it calmed the tingle of the wheat just a tad, it really did very little to bring out any additional flavors or aromas in this bourbon.  If anything, it watered down the creaminess.  This is a straight sipper.  Pour it into a Glencairn Glass and enjoy.  Skip the ice or water.

Larceny and Bernheim may be getting the most press at the moment for Heaven Hill’s wheated products.  Larceny is their top-shelf wheated bourbon while Bernheim is making waves as a true wheated whiskey.  Both are excellent in their own right, but Heaven Hill has stealthily slipped a surprise into their lineup with this 12 year Old Fitz.  It is worthy of a premium billing and can be had at a very reasonable price.